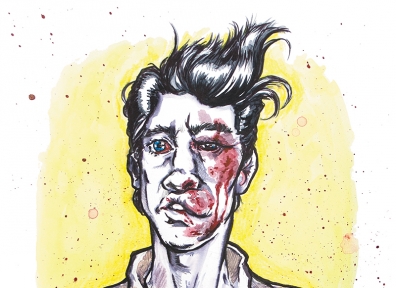 Hey, Copface (I say that with oh, so much love),
What it is?

So I’ve heard it repeated, from time to time, that “cops tend to be/are overwhelmingly Type-A personalities.”  Those who say so are, of course, complaining.  I hope you haven’t fielded this question before and that I’ve missed it because I very much wonder and would like to pick your brain.  I wonder two things about this, actually:

1) Is this in any way verifiably true?

2) If it is, does it matter?  In other words, do we make it a requirement that the squeamish perform surgeries or the timid be on the front lines of battle or that the disorganized be the ones to draft a corporation’s weekly schedule?  If Type-A personalities suit the job of “Constable on Patrol” (I’ve heard that’s where we get the term “cop” from–heyo!) and it is true, indeed, that such types predominate the numbers of our boys and girls in blue, then what would be the problem with that?

DO Type-A personalities suit the job of constable on patrol in the first place?  Do they not?

I guess I kind of have another question, also.  My friend Jeff recently told me that he has a cousin who’s a cop whose friend (a fellow cop) recently got divorced from his wife.  After some time, Jeff actually became interested in this cop’s former wife and set about to start making some moves.   Cop Cousin Theresa put the kebosh on that, sharpish.  As Jeff related this story to me, I immediately thought that it was just a delicate situation and that it was a question of the intimacy, boundaries and propriety common to us all, but he swiftly corrected me and said, “Oh, no, Bro!  I crossed the Blue Line, man!”

Come, now.  For real?  Is this a thing, too?  I mean, is the “Blue Line” a THING, Cop Friend?  If so, what is it?  What are its basic limits?  From whence it cometh (what hath God wrought!?)? And could you hook me up with your sister?

My opinion is yes, most cops (male and female) are Type-A. Lots of people probably think it’s Type-A–squared for “Arrogant Asshole,” but it’s a job where you mostly have to tell people what to do and not ask people what they’d like to do. In my experience, Type-A people are much better at giving direction assertively and not backing down to adversity than Type B people. I hope we’re thinking of the types as the same thing. By the way, I’m Type B per my Minnesota Multiphasic Personality Inventory.

I’ve neither heard of nor experienced the “Blue Line” you’ve described. The ex of some cop is fair game to anyone. I believe the Blue Line saved Jeff from that ex-wife. The Blue Line I know and have experienced refers to one of two things: first, the inner workings of law enforcement that’s not revealed to outsiders. Cops go through life and death together, and when Internal Affairs comes knocking, no one wants to rat out their partner. Second is the “Thin Blue Line” that refers to the few sheepdogs protecting sheep from the wolves. My sisters? Really? Hell no!

Have a question for the cop?
Email him at
askacop@slugmag.com.