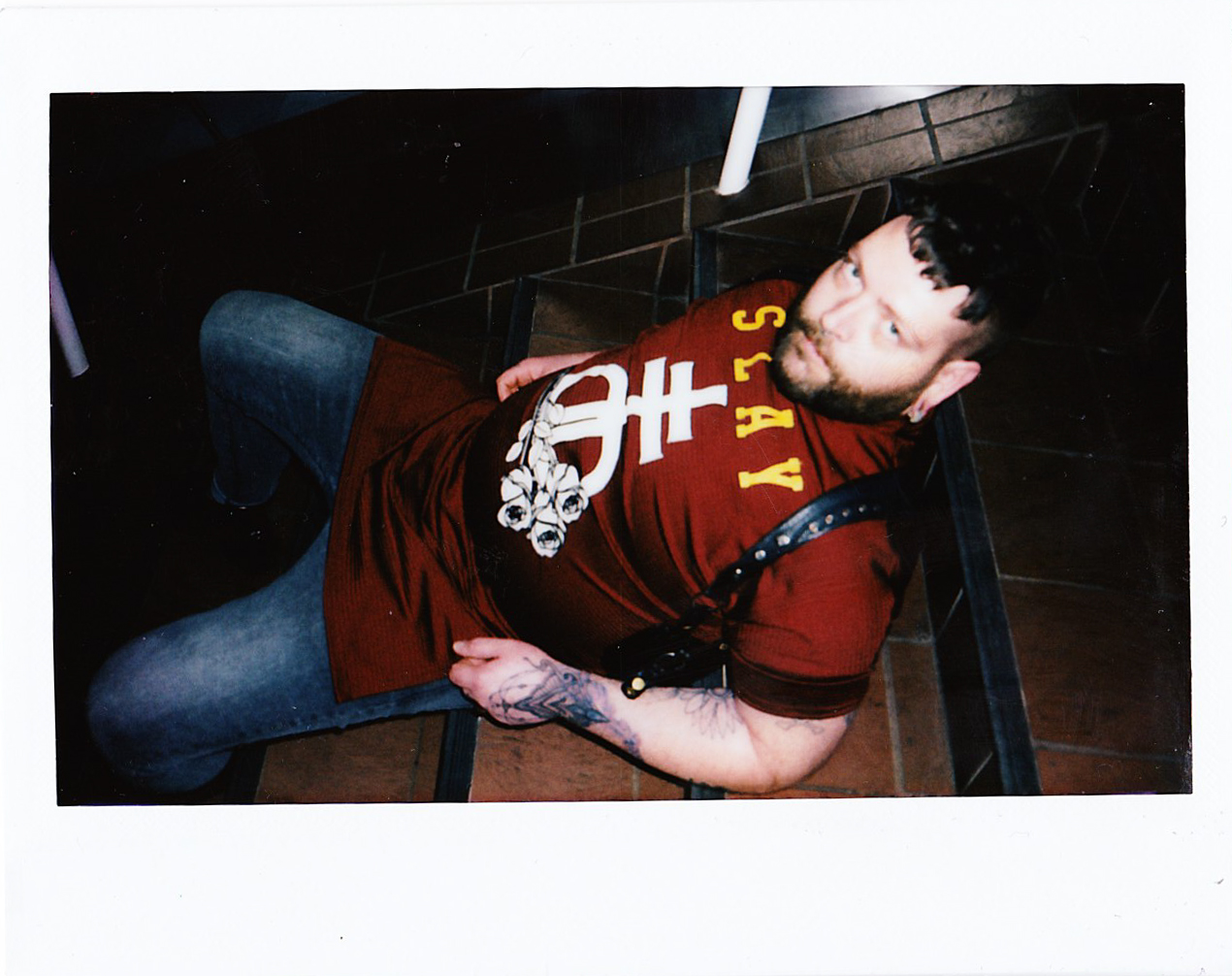 Creature Feature: Michael Elliott is a Diamond in the Rough

Michael Elliott is an artist, designer, creative, event coordinator, music enthusiast and a true gem of Salt Lake City. He has been an active participant in the queer nightlife scene for the past decade. He loves this city and its people, and it shows as love radiates from this handsome beefcake. I’ve interacted with him from time to time over the years, grabbing drinks at drag shows where he used to bartend (he frequently called his patrons “Hun” and gave them little winks), or at one of the recent SLC SLAY Balls. But this time, I got to dig into him and spotlight someone who normally sticks to working behind the scenes—it turned up gold.

Born and raised in the Salt Lake Area, Elliott came out at a young age with a good support system. His Mom asked if he was gay—he said yes. He experienced something that not all queer youth get to experience here in Utah. But tragedy struck soon after, when his mom passed away in 2017, and that was when he really learned not to take life for granted. “Why sit there and wait for life to happen to you or put your dreams on the back burner? Follow your dreams—do what you love and spend time with the people you love and make memories,” Elliott says. The familial support he received in his youth propelled him to provide similar support to others in need in our community.

Recently, Elliott began studying at Salt Lake Community College with the intent of becoming a fashion designer. His hope is to encourage those whose body proportions are outside of beauty norms to embrace their curves and swerves, and create their ideal visual of comfort. Elliott, himself, wears an outfit completely constructed of his own accord. “Fashion is such a fantastic thing for me,” says Elliott. “It’s my suit of armor for the day. It gives me confidence and puts that extra bounce in my step. Growing up, I thought that I had to dress, live, breathe and sleep everything within one genre of fashion. But once I realized I could be whoever I wanted and do whatever I wanted, that’s when I really flourished.” Although he had little experience initially with creating fashion, he has since become a representative in his own way for those who have also had difficulty with finding the size or design of clothing that fit a specific intent.

Over the last year, Elliott has been coordinating the SLC SLAY event—an East Coast–ball-inspired dance competition. This centers on groups of competitors working toward acknowledgement or recognition, often called “families,” who compete in waacking and voguing styles of dance. These families are primarily constructed of individuals exiled from blood relatives due to sexual orientation or religious preferences, who create new relations based on necessity and preference. Elliott’s SLC SLAY events have worked to create a community where individuals can express their own artistic endeavors. “As someone who considers themselves an outsider, I never felt like I personally fit in. The biggest thing that stuck out to me about the ball culture is the heavy emphasis on family. A lot of people got involved in houses and ball culture after being outed by their own families for being gay, trans or doing drag and they didn’t have anywhere else to go. These houses welcomed them in and gave them an avenue to showcase their talents and harness their energy into something positive and wonderful,” says Elliott. Wanting to create a space where all—particularly the queer youth of SLC—feel welcome, Elliott has worked tirelessly to build a platform for future artists, creators, designers, dancers and body-positive enthusiasts.

Despite only recently diving into the career world in which he now resides, Elliott hopes to continue to pursue his desire to create family within community. “My eventual goal for all of this is if we can reach our youth and, especially, our queer youth and let them know they have a voice and an avenue and people who care and will be there for them—that’s everything to me. The little 12-year-old me would have been over the moon for that kind of community support.” He hopes to continue his pursuit of fashion design and expand his influence to the world. Elliott also hopes to continue connecting with his community through music, dance, fashion and love.

Be sure to not miss out on the upcoming SLC SLAY events. April 7, 2019, SLC SLAY will be hosting the first teen SLC SLAY Bunny KiKi Ball for competitors less than 17 years of age. Doors will be at 5 p.m. at the HERC at 2505 S. State St. May 12 will be the 18+ SLC SLAY A KiKi In Wonderland event at Impact Hub at 6 p.m. Also, make sure you follow Elliott’s personal artist journey @destructicorn on Instagram and @Michael Elliott on Facebook.