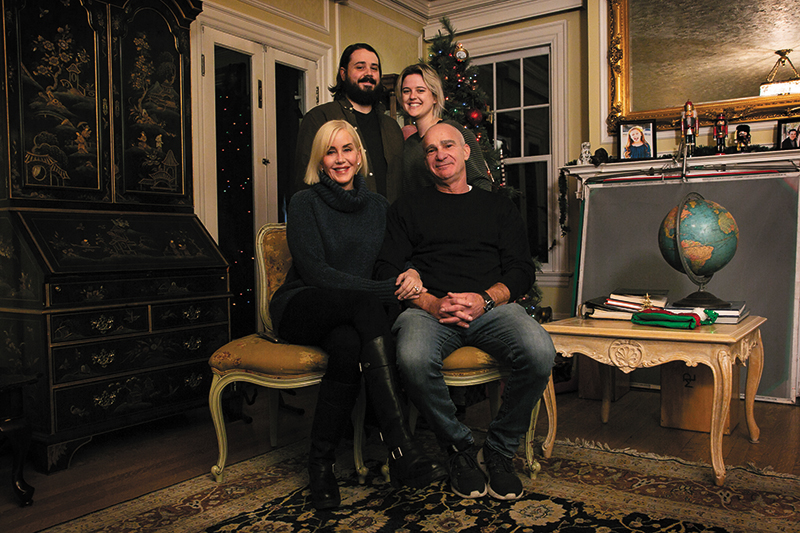 As with every type of creative community, the deeper you go, the more complex and rich the narrative becomes. The film scene here in Utah is an excellent example. Since so much money and talent go to Los Angeles, comparing it to what’s happening here would first suggest a certain superiority in L.A. Yet Kohl Glass, local director of the upcoming film Josie Jane, says that even though he’s considered working in Hollywood, “I feel like I’d get there only to turn around and find out I’d missed out on what’s happening here in Salt Lake City.”

I had a chance to stop by the set of Josie Jane on their second-to-last day of shooting to get a behind-the-scenes look at what will definitely be my go-to movie when all I want to see is a full-grown girl scout fight off a badass doomsday cult. What I got was a look at what it means to make independent film in Utah right now. Without being embedded in the film community, it might be difficult to know this, but Salt Lake’s movie-makers are starting to gain traction in a way that had the whole crew of Josie Jane buzzing.

Shortly after I arrived on set, I watched as everyone hurried to get the last scene involving Scarlett Hazen—who plays Sophia, the young girl being watched by Josie Jane—finished so she wouldn’t be working over what was allowed by child-labor laws. Everything went dead silent as Scott carried her down the stairs, covered in blood, and then, “Cut! That’s a wrap on Scarlett!” The whole place lit up with applause.

“No matter where you go, you get that collective passion for film.”

In a big way, one of the most exciting things happening is the work of Gary and Julie Auerbach as they rebrand their production company, Top Dead Center Films, to begin making movies here in Utah after a long stint in L.A. with television. Top Dead Center is one of the only production companies working here that hires local creators for key positions. They recruited power duo Dallin and Jacquelyn Cerva, whom you may know as the founders of what is now the Artist Foundry. Dallin and Jacquelyn are producing Josie Jane and hand-selected the mostly local crew to put the project in motion. Dallin mentioned that “most production companies will bring in professionals from out of state to work key positions. It’s exciting to be working with a crew where those positions are being held by Utah locals.”

The team had actually just finished shooting another film together with the Auerbachs, the working title of which is Stay Out of the Fucking Attic. They had been shooting 12–14-hour days for almost a month straight. Riley Scott, who plays Josie Jane, was loving it. “Because I’m coming in on the second movie, everyone is already really synced in with each other,” she says. Scott lived in Salt Lake a few years back and had moved to L.A. since then to pursue acting. This was her first gig in Utah, and she was beaming about how easy everyone was to work with and how passionate everyone was about their craft. “It’s really the true spirit of independent filmmaking.”

She wasn’t the only one impressed with the local scene. Cinematographer Neil Fernandez was one of the other L.A.-based members on set I talked to. He mentioned he’d been a little worried about stylistic differences between Utah and L.A. but was starting to see that “no matter where you go, you get that collective passion for film,” he says.

“It’s so inspiring to have picked the crew we have and to see them talking about how much this film means for them in their careers.”

The whole house was abuzz with activity the moment I got there. After we’d had a chance to talk, the crew showed me where the monitors had been set up on the top floor of the house. While the climax of the movie was being shot in the attic, I watched what was being filmed with a handful of people just below. The camera jostled to keep Scott in the frame as she lunged to protect a stand-in dummy from being stabbed by one of the cult members. She’d return to her starting position as they tried different frame-rates, camera movements and background scenery before she’d yell and lunge again. With the windows blacked out, it was easy to forget the traffic on South State Street was whizzing by just outside.

Gary told me that after semi-retiring to Park City two years ago, he and Julie were ready to start making things again. They’ve loved the supportive atmosphere they’ve found here and want to use their reputation to help build the kind of opportunities Utah filmmakers are hungry for and deserve when it comes to key positions on set. Jacquelyn certainly vouches for that, saying, “It’s so inspiring to have picked the crew we have and to see them talking about how much this film means for them in their careers.” Not only theirs, the crew of Josie Jane are helping lay down the tracks for the future of Utah film.