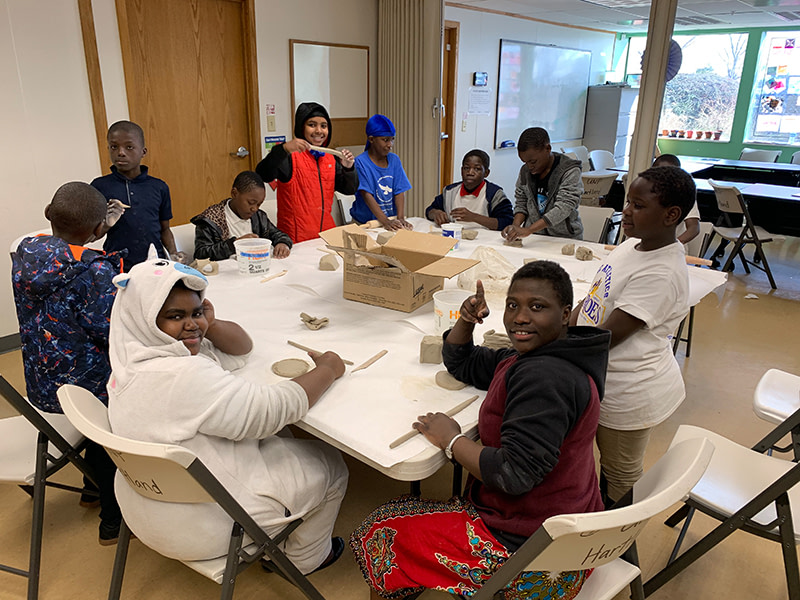 Mestizo Institute of Culture and the Arts: Rejuvenating What It Means To Be Mestizo

In November of this year, the Mestizo Institute of Culture and the Arts (MICA) hosted their Sweet Sixteen, an event to celebrate 16 years of advocating for SLC’s Westside and other underrepresented communities. In that time MICA has championed social change through the arts, fostering dialogue, and activism, and providing education. Sweet Sixteen honored the work the organization has done throughout the years through a grand-scale art show fundraiser (more than 30 artists donated work) and awards ceremony for the Ruby Chacon Award For Social Justice, awarded to Leticia Alvarez (whose work centers on issues of equity and who works with the youth through art education). Much like getting the keys to their first car on this joyous occasion, MICA’s vehicle through this new journey is the Community Organization Micro-grant Opportunity, awarded by the SLC Mayor’s Office in June of this year. The grant will go specifically to the rebranding of MICA, including a new logo, website and provides MICA with resources for their upcoming exhibits, events and educational classes, in addition to re-envisioning the organization.

In the past, MICA events had mostly been based out of Mestizo Coffeehouse, which is a separate, for-profit business. Being a nonprofit, MICA board members saw an opportunity to grow and serve the community by providing a clear distinction between the two entities. A major factor in that opportunity to change spaces is MICA’s partnership with Brittany Reese, Owner of Sugar Space Arts Warehouse and current MICA board member.

The Mestizo Institute of Culture and Arts celebrates 16 years of advocating for underrepresented communities.

“The opportunity to move into Sugar Space presented itself,” MICA Board Chair Renato Olmedo-González says. “It was not only an opportunity to increase but also augment the programming we do and take the next step.” Maintaining a space on the Westside of Salt Lake is a tenet of MICA’s work, as part of the organization’s mission is to shed light on underrepresented communities and blur the gap between the “west” and “east.” “The Westside is very neglected, still, and not talked about,” Olmedo-González says. If the geographical advantage and partnership weren’t serendipitous enough, Sugar Space’s values and mission mirror the work MICA has already been doing, such as the Westside Festivals and West Side Wednesdays events that Sugar Space hosts.

Because of the connotations of the word “Mestizo,” MICA may seem like a Latinx-foward organization that specializes in art from within that specific community. “We don’t strictly host Latin-American artists,” Horacio Rodriguez, Board Member and Curator, says. “They can be Pacific Islander, LGBTQ+, etc.” As part of their rebrand, it is important to establish what mestizo means to MICA. “It is a word that has a lot of history, power and meaning,” Olmedo-González says. “It is a word we want to keep because it emcompasses so much. The word mestizo offers much more than just historical its denotation. “When I think of that word I think of the blending of cultures. Originally it was about the blending of the Spanish and Indigenous cultures, so I take it to be a [broader] cultural mix,” Rodriguez says.

“The Westside is very neglected, still, and not talked about.”

September featured artist Juan Gasca was another example of MICA’s attempt to strip away cultural expectations from a spectator’s viewpoint. As a Latino artist, Gasca’s abstract and geometric oil-and-paint-on-canvas pieces disrupt the idea of what “Mexican art” is. “When people hear Mexican Art or Latino art, they always associate colorful flowers, Frida Kahlo, a basket of fruit,” Olmedo-González says. “Although those pieces are valid, they aren’t what we do. We are not a monolithic culture, and that is something I hope we bring attention to.”

The work MICA does to uplift and kick-start underrepresented artists is indispensable. There are also other bodies of MICA’s work that are just as vital to the fundamental growth of the community—among them educating the youth. “One thing that people may not see because it is not in a physical space are the educational partnerships we have,” Olmedo-González says. This last year, MICA Vice Chair Paul Kuttner connected MICA with the opportunity to partner with Hartland and their after-school programs through their Hartland Arts Residency. Being a professional ceramics teacher, Rodriguez took part in this educational arm of MICA by teaching K–12 students how to sculpt. “We do educational programming where we bring in professional artists to do eight-week sessions with the students after school,” Rodriguez says. “Most of the kids I taught were refugees from Africa.”

As MICA’s definition of mestizo creates room to change and evolve, MICA’s opportunity to rebrand caters to that sentiment. Olmedo-González says, “I hope Mestizo celebrates that diversity and intercultural exchanges that happen all the time and are still happening.” MICA’s next exhibit at Sugarspace will run throughout the month of January and will feature Puerto Rican artist Alli Arocho. Keep up with MICA’s evolution and their upcoming events/partnerships on their Facebook page: facebook.com/MestizoArts.