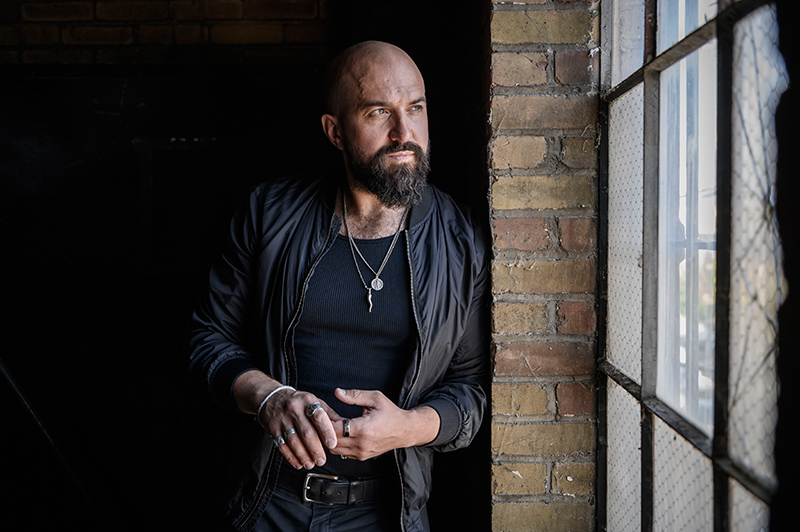 Michael Ori, founder of local Salt Lake creative firms, Ori Media and Studio Elevn, has some simple advice for aspiring photographers: “Share your knowledge and work your ass off.” he says. This advice perfectly describes what Ori has been accomplishing within the photography community for 16 years now.

What’s most interesting about Ori is the fact that he has never taken a photography class. After studying film at the University of Utah, Ori got into photography by way of taking stills from video for the print-photo needs his clients had. “It changed the way I thought about angles,” he says. Though he started working immediately out of film school in 2004, his career really started taking off after earning a big contract with Canon in 2011.

His film background has afforded him a sense of freedom in his work. “I’m in the grey area [of being a photographer and videographer]. That’s okay, because it’s given me an opportunity to transcend their boundaries, painting outside the lines is something I’ve always liked to do,” Ori says. The avenues in which Ori has been able to push those boundaries are his two companies, Ori Media and Studio Elevn.

The reasoning behind him starting these businesses is simple: “The duality of the day job that’s paying the bills, but I wanted to be this creative and I felt that there was a need for that in the community,” Ori says. “So, I started Studio Elevn as the community arts base and Ori Media as the commercial creative stuff, and I’ve been fortunate to have a lot of creative freedom in both realms.”  Not only has Ori worked with big-name international brands like Canon USA, Australia, Asia and Ford, but he also works with smaller local organizations—Utah Business Magazine, Festa Italiana, The City of Salt Lake, Headstart, The Italian American Civic League, UMOCA, and The Leonardo Museum, to name a few.  “I love working for organizations that need photo or video assistance and couldn’t afford it otherwise.” Ori also hosts a monthly raffle to give away either a photo or video shoot every month to a local nonprofit through Studio Elevn.

“[Portrait work] chose me. I love people and learning about them and what their stories are that brought them to this chair.”

However, he doesn’t save connection with communities solely for his local work. Something that he did while unveiling a new camera for Canon Asia was to get lost in the cities he was visiting with two cameras, one for filming and one for taking photos. Each following day day he’d add these to his presentation. “Watching people see their home through my lens is really interesting. They don’t often stop to look back or up or around, so it’s a really engaging thing.”

Ori is most well-known for his portrait work. “It chose me. I love people and learning about them and what their stories are that brought them to this chair,” Ori says. He describes it as an evolution of himself—something that he never would have imagined himself doing in the past. “It’s easy to see it as such a small thing, but it’s so big to that person in the moment and as a result, to me.”

How does one take a good portrait? The answer lies in bringing out someone’s personality and turning their self-perceived weaknesses into strengths, according to Ori. “It’s kind of daunting. You see the nervousness on their face, and you can see they’re not comfortable at all, so you have to relate to them and see where they’re coming from,” he says. Ori sees himself as a kind of life raft for the person he has in front of his lens. “Before I start shooting, I visualize what that person needs from me instead of what I need from them.”

“I love Salt Lake and the community here … I want to build stuff that keeps the talent here.”

He creates that sort of environment in his studio in a deliberate way. Sometimes, Ori will have people standing in line for hours waiting to have their picture taken. These patrons can be understandably frazzled by the time they sit down. “It’s how you greet them and the experience you have, and all of a sudden, they’re relaxed and with you and you make that image together.”  Ori is naturally someone easy to get along with, and his natural curiosity and friendliness helps him capture the portraits he is able to.

Regarding why Ori has chosen to stay in Salt Lake and not take his talents to bigger markets, he cited more than just the crazy studio prices for space in New York. “I love Salt Lake and the community here … I want to build stuff that keeps the talent here and turns national attention, not go elsewhere.”  This is evident through projects like the Canon portraits he takes every year at Sundance. This year, Ori decided to switch up his process of shooting these portraits. While in the past he shot tethered with a 5D Mark IV, this year he opted for EOSR and via WiFi was able to immediately send the photos to an iPad. His assistant was then able to touch the photos up on the spot in Affinity Pro before sending them directly to the server.

While he was at Sundance, Ori recalls taking a woman’s portrait. Although she was hesitant at first, once she saw the photos he had taken, she burst into tears. Her husband had passed away days before. While processing all those emotions, she now had not just the best, but the only portrait of herself she’d ever taken. Ori described that experience as a single example of the reason photography can be so powerful.  “It’s been an amazing little journey.” You can see more of Ori’s work in the gallery below, as well as on his Instagram, @bamfinsta.

Studio Elevn Celebrates Four Years of Unapologetic Creativity
Chad Kirkland Photography: A Journey From the Dark Room to the Light Side