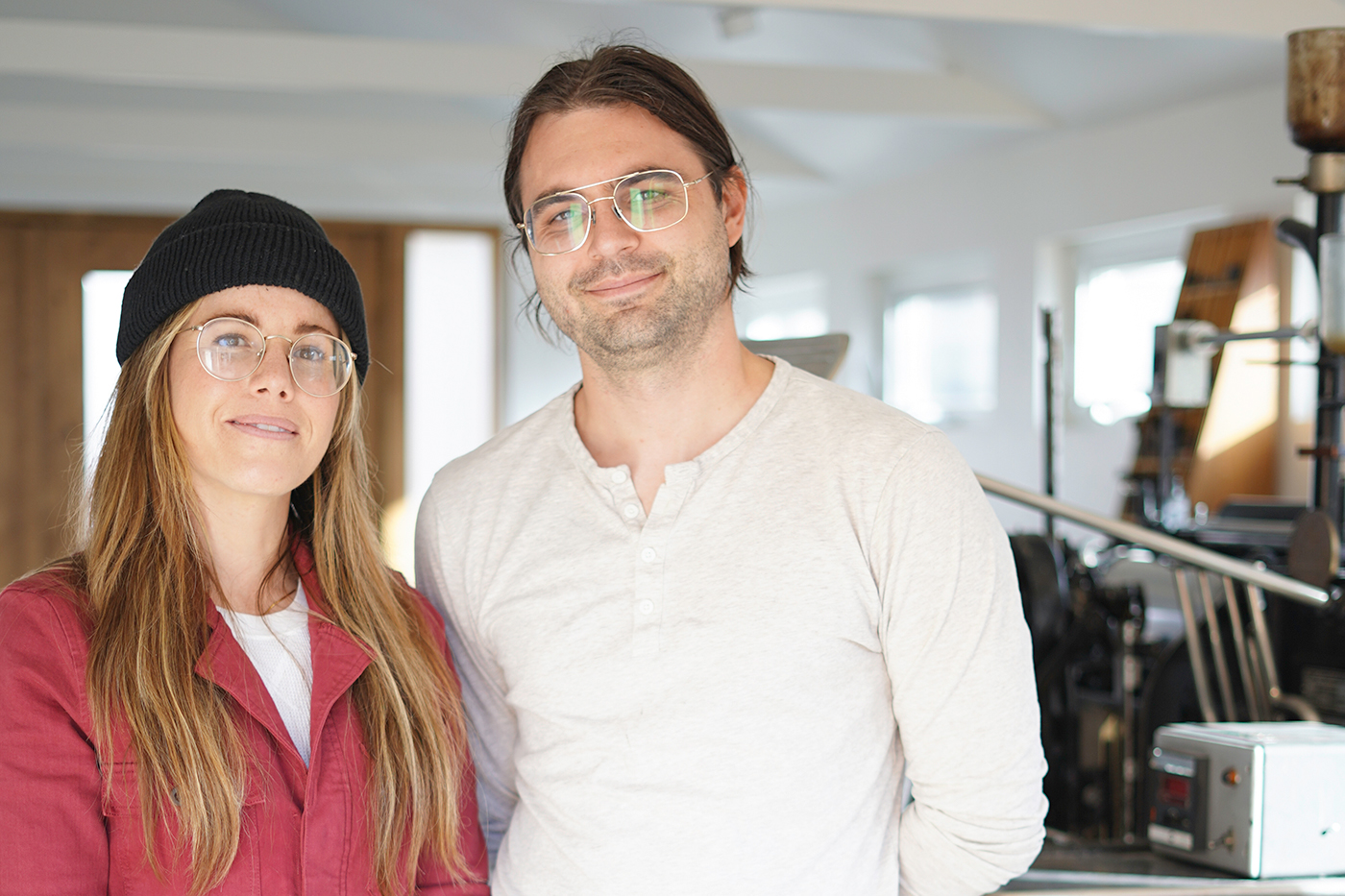 Photo courtesy of Half Pint Studio

For the Love of Print: Half Pint Studio

In a snowy backyard, behind a house not far from the heart of Salt Lake City sits a dark, turquoise shed with a wooden door and sides lined with windows. The shed belongs to Allison and Skye Bitzer, the local couple who founded Half Pint Studio printing press. When I asked Allison and Skye why they named their labor of hard work and love “Half Pint,” they had a few different answers: the small blue shed, the shared love of beer and ice-cream—“we’re also short,” Allison says. The tone of the response warrants a giggle and we all chime in laughing, a continuous theme of the interview proving that Allison and Skye really are the fun, carefree people they seem to be. And, their work reflects that. 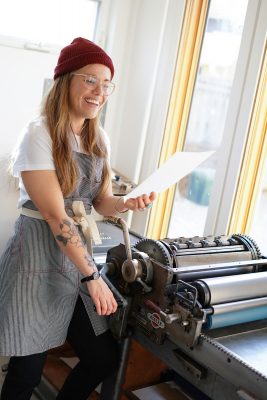 Half Pint is about three years in the making, but it goes back to a time way before the company’s conception. Allison and Skye met in Junior High, and have always been involved in each other’s lives in some way or another. They grew up together, married each other, and are now creative partners who spend the days together in a little blue shed behind their house—if that’s not the dream, I don’t know what is. When I asked how they make it all work, Allison says: “Lots and lots of therapy!”  We all laugh. “But really, we have such a strong relationship because we have known each other for so long. We are a bit of yin and yang and it really does work,” she says. “We balance each other out. We just really enjoy what we do so we make it work. We both have always wanted this business, and there’s so much reward that comes from building something with your partner and seeing it grow and succeed.”

"We are a bit of yin and yang and it really does work.”

Skye and Allison have both worked around print and design for a long time. While attending college together, Skye studied graphic design and Allison studied printmaking. They worked individually for a time, but the goal was always to create a place of their own. In fact, they bought their house with the intention of having a garage in the back that could be transformed into a studio. Skye says the goal was always to “take all that knowledge and bring it home.” And they did—literally. Although Allison was the one with expertise in printmaking and Skye focused on the design side, they flipped roles as their business grew. Skye says, “Allison had always been into stationary and I was into the printing side of it.” Their creative process is a collaborative one, and they both contribute equally to the success of Half Pint. Skye is quick to describe their process, and takes it as an opportunity to compliment his wife. He says, “Allison takes the initiative and is a master with the stationary. I’m just a boring designer—” She cuts him off: “Oh my gosh, no. You’re the detailed designer!” It’s clear that they do balance each other out. 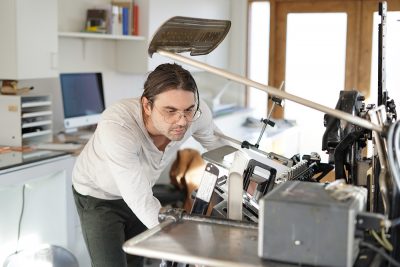 The actual process that results in Half Pint’s beautiful stationery is one of true craftsmanship, and the way that both Allison and Skye talk about it shows their passion and dedication to their work. The couple started out screenprinting but ultimately landed upon the technique of letterpress printing. “We have a pretty hands-on process and a lot of care and craft goes into everything we print,” Skye says. “Basically, we like the idea of making things that are a little precious, and that you might think twice about throwing away. Things that might even be artifacts in the future.” Skye and Allison also learn a lot from the machinery itself, which is not what you would call modern by any means. “You could say some of our philosophy is inspired by the presses themselves: They’re 60–70 years old, and the quality and engineering that went into them is just astounding. They function almost exactly as they did when they were made,” says Skye. 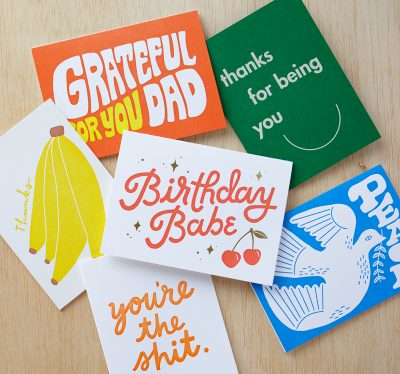 “We have a pretty hands-on process and a lot of care and craft goes into everything we print.”

Skye doesn’t deny the difficulty that accompanies the vintage process. “Sure, these machines are challenging sometimes, and yes, they’re more restrictive in what you can and can’t print with them, but they’re also a reminder that sometimes less is more, old can be new, and quality is better than quantity,” he says. Allison agrees, saying that “we create things that exist beyond a computer, things of quality—you can feel it in the paper. You lose a lot of the character with technology,” Allison says, “It’s a control thing, too. We’re both very controlling.” Once again, we laugh and the authenticity of the couple and their work shines through.

Half Pint is the definition of a modern ma-and-pa local print shop. Skye and Allison offer an array of stationery while also offering a unique and personalized experience, and their goal is to keep the tradition of the local print shop alive by creating quality work for the community around them, and they’re succeeding.

If you want to support the couple’s work, check out their Instagram @halfpint.studio.