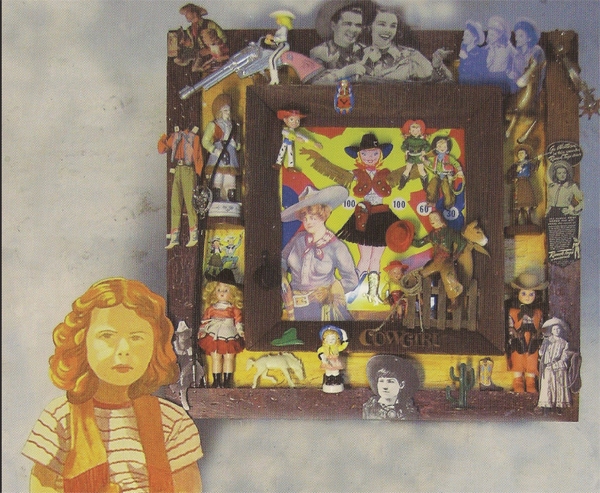 "Marcee as a Cowgirl" by Marcee Blackerby

The official Salt Lake Gallery Stroll takes place the third Friday of each month with extended gallery hours until the late evening. Never one to conform, SLUG brings you the highbrow and lowbrow art happenings across the valley all month long.

Friday, October 9 at 7 p.m. the Salt Lake Arts Center and the SLC Film Center are screening the film Beautiful Losers. The screening is free and open to the public. Rooted in the DIY subcultures of skateboarding, surf, punk, hip hop and graffiti, Beautiful Losers made art that reflected the lifestyles they led. In the early 90s this loose-knit group of like-minded outsiders found common ground at a little NYC storefront gallery. Developing their craft with almost no influence from the “establishment,” this group and the subcultures they sprang from have transformed pop culture as we know today. The screening will be held at Salt Lake Art Center on 20 South and West Temple.

Opening October 16 Art Access (230 South 500 West) is My Life, which features the work of Marcee Blackerby as a mixed media journey through the poignant, but always amusing life stages of the artist as she searches for identity. Dimension box artist Marcie Blackerby has always identified with the misfit and the outlaw. Losing her ability to walk at age six caused her to rethink and relearn everything.  “I stepped out of the audience of normal people and onto the stage of the strange … costumed in a colorful variety of philosophies and lifestyles… not always respectful but often amusing and never, never boring.”  Opening artist reception is October 16 from 6-9 p.m. The show is on display through November 13.

Alpine Art (430 East South Temple) hosts artists Lane Bennion, Erin W. Berrett, Scott Buckner, Lenka Kenopasek and Derek Mellus (yes, of some relation, but only by marriage). A strong group with very different techniques and styles was complied by show creator Lindsay Peppinger who felt the artists all conveyed a  “contemporary vintage feel.” Lane Bennion is admittedly influenced by the great Edward Hopper and his landscapes of American culture during the 20s. Scott Buckner’s paintings focus on structure and scale, while Kenopasek’s work flows and floats inspired by journeys around the globe.  Erin Berrett’s timeless still life images have won several awards including Best of Fest at the Salt Lake and Park City Arts Festivals and Derek Mellus’ found object boxes breathe new life into forgotten remnants, surviving the past and getting a second chance at purpose and meaning. The show opens October 16 with an artists reception including food from Elizabeth’s Bakery, seated massage by Boku Studio and music by DJ Damian from 5-9 p.m.

Looking for a Halloween celebration? The Underground Artists Association and the Utah Arts Alliance (127 South Main St.) announce Salt Lake City’s First Annual Halloween Art Exhibit.  All work on display is related to Halloween, either in historical context or contemporary interpretation. All forms of art and craft will be displayed from local and national artists. The exhibit opens October 6 with a reception on October 9 from 6-10 p.m. and will close with a costume party including live performances on October 30 from 6-12 p.m. The celebration is open to the public.  Gallery Hours: Tuesday through Friday, 11a.m.-8 p.m., Saturday 12-6 p.m.