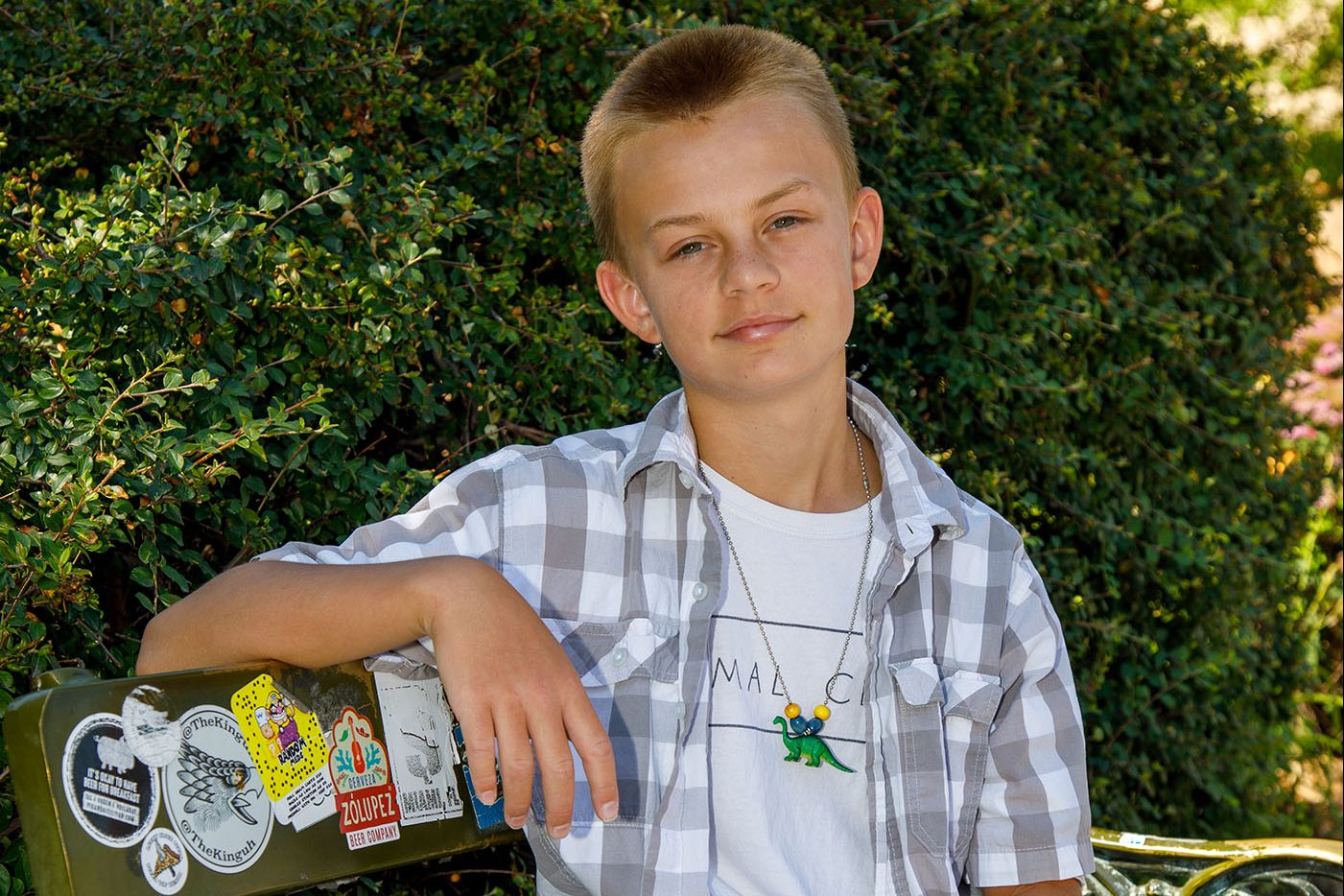 A multi-year participant, Hudson Smith is returning to the Craft Lake City Virtual DIY Festival, and is becoming a familiar creative face on Kid Row. Smith, a 12-year-old maker of wearable art made from beads, plastic animals and found objects, is constantly on the hunt for cool new materials to work with.

A signature feature of Smith’s necklaces and keychains is the plastic animal centerpiece. “I love animals!” says Smith, “I own two cats, but I am really trying to get my parents to buy me a dog.” In addition to dogs, Smith is a huge fan of many other species, including fish and his grandparents’ horses. However, his favorite animal is “for sure a dog!”

Because Smith’s creations are wearable, each piece allows the wearer to express their own favorite animal choices to the world. Smith loves learning about the animal preferences of every new customer. “It makes me feel good because I know people are wearing them because they like them!” Smith says.

Though Smith mostly works on jewelry during the weekends, occasionally the artisan also finds time during the week. “Sometimes I work on my jewelry when I don’t want to do homework!” Smith says.

Outside of jewelry making, Smith’s other interests include “drawing and engineering stuff!” The entrepreneurial spirit Smith has showcased year after year on Kid Row extends into other endeavors: Smith has participated in school art competitions, as well as the engineering club.

Through all of this, it is clear that Smith’s great joy as an artist is sharing his works with customers who find ways to express parts of themselves through Smith’s creativity. If a single proclamation could ever encompass Smith’s artistic drive, it is surely this: “I love that people like my necklaces!”

Hudson Smith’s necklaces and keychains are available at this years’ DIY Festival for $6 or two for $10.