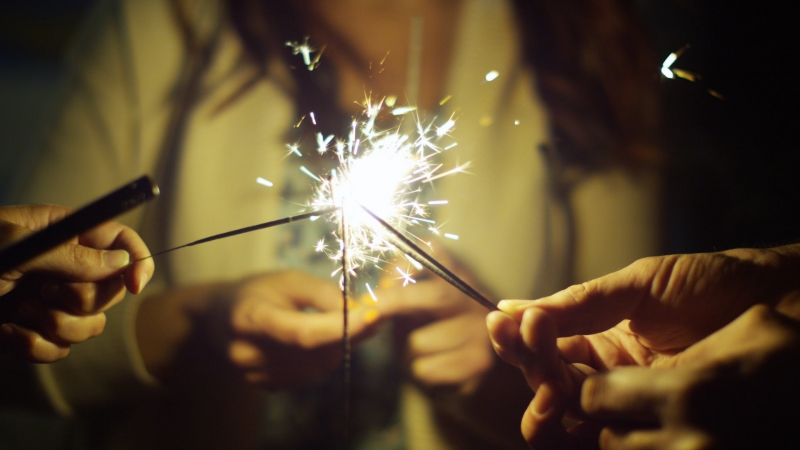 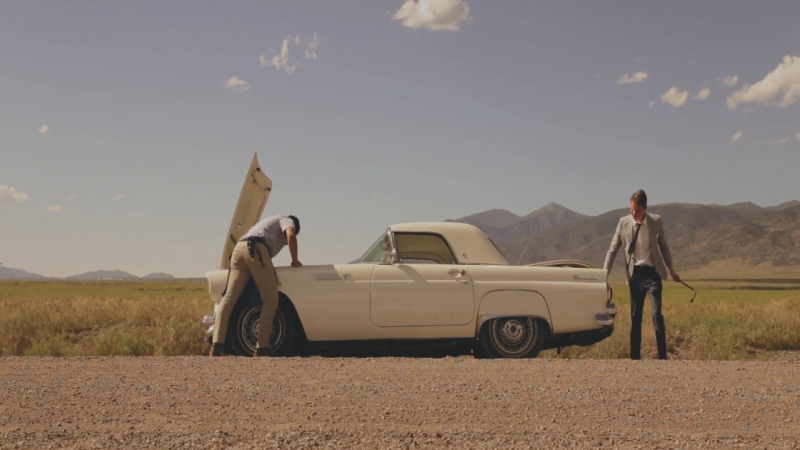 Still from The Crossroads[/caption]
Local filmmakers, actors and writers put their skills to the test last weekend for the 2015 installment of the 48 Hour Film Project and subsequent short film festival. Starting Friday, June 12, registered teams celebrated the 48-hour time-crunch kick-off by drawing a genre from a popcorn bucket, and then racing to get their films in by the Sunday, June 14 deadline. Despite not knowing their genre in advance—possibilities ranged from Musical to Fantasy to Romance to Horror as well as everything in between—teams only had 48 hours (plus a 30-minute drive time to cut down on accidents) to cast, write, shoot and edit a 4–7–minute short film. SLUG was lucky enough to sit down with 48 Hour Film Project producer Brian Higgins to see what makes this one of the world's most unique film challenge experiences. Higgins started out as a 48 Hour Film Project participant for five years in Boston, and he's now been the producer for the festival in Salt Lake City for the past six years. “Seeing the creativity of what people can do in 48 hours is incredible,” he says. “You don't have a film on Friday, and then on Sunday you do and then you're watching it in the cinema.” Each year has different groups, ranging from 48 hour veterans to brand new teams across all ages, backgrounds and artistic styles. This year, Salt Lake City hit a new record: of the 32 entries, only two were submitted after the deadline. Late entries can still be screened at one of the three screenings, however, they are not eligible for any of the awards with the exception of the audience award. What makes this such a unique film challenge is that you are not only competing against your peers in your city, you are up against filmmakers around the world, from Tokyo to Sydney to London. Winners from each city go on to compete again—at Filmapalooza at Grauman’s Chinese theater in Hollywood—where the winners get screened at the Cannes Film Festival in France. This means that every year, any actor, director or cinematographer from any town in the world, including Salt Lake City, has the chance of getting discovered at Cannes just by making a quick and clever short film over the weekend with some friends. There are some elements that make the 48 Hour Film Project unique, and that is that you never know what you'll get. Teams range from one person to 100 people, and a budget of pizza money to being able to afford full scale props and effects. Each year has a different set of requirements that have to be included—as a challenge and to make sure the films aren't being made in advance. This year contestants had to feature a character named Greg or Gretta Maisel, feature a key chain as a prop, and use the statement “Your guess is as good as mine.” Interestingly enough, this year, none of the teams drew the coveted horror genre, which doesn't mean there was a shortage of stage blood or shocks. This year there is an animated film in the running as well as a short period piece featuring an antique B-17 Bomber. Higgins points out that the beauty in the films lies in the creativity of the teams. “You can use these three things to see where they take you, but some people just squeeze them in.” He also muses, “We had a lot of drones shooting footage last year.” At the 9 p.m. showing of the Group B set at the Broadway Theater, 11 films (one was a late submission) were screened. The genres on the ballot ranged from “fish out of water” to “superhero.” After the screening, a short Q and A took place with the directors and some cast members. Cleverly named team Alpaca Punch thanked their puppeteer in the audience for “making the piranha tail move just right.” Team Red Leader and their Romance short Your Hand in Mime featured a mostly silent film with the protagonist being a mime falling in love with a pretty waitress. Nick Markham let the audience in on why they went with a silent film as a choice “There was a flash mob of about 50 Peruvian dancers who showed up”. They filmed at the Salt Lake City Library, which is usually relatively quiet and peaceful, “Of all the days for a Peruvian group from Colorado to show up,” he says. Also screened in Group B was the period piece Dearest Gretta, where the lucky team procured the B-17 Bomber and authentic vintage costumes. “To be honest, I just got really lucky with it. I had an in with the WWII guys,” says Freelance Film's Lance Nelson. “The hardest part was not laughing. The Utah Military History Group are the funniest guys I've ever met. I was laughing and trying not to shake the camera.” The films that will play at the June 23 award screening have all won awards based on the judges decisions, and they will all be sent to the Headquarters in Washington D.C. Winners will be announced as their films play. Higgins encourages others to take part in this and other film events. “Just knowing that I'm part of the creativity of Salt Lake and that just keeps getting better and better. It's a wonderful place to live.” Higgins, originally from Ireland, calls himself a “trans-media” story teller, running this festival as well as others in the valley, and also has a focus on mental health through film called Create Reel Change. He states that the what filmmakers can get out of the challenge is “Validation, and love and support from their peers, and the opportunity to screen, and smiles for everyone.” He's also got advice for future participants. “Keep it simple. A lot of people fail because they overreach. Simple film, small teams, and have fun.” The formula for success: “Structure. It's a timed competition, so structure is important. And rely on the community.” The awards show is at 7 p.m. at the Broadway Theater in Salt Lake City and tickets are $12 at the door. You can also check out Brian Higgins' other projects Create Reel Change and Filmulate, as well as see his stand-up routine sometime around town. More information on the 48 Hour Film Project can be found at 48hourfilm.com the Salt Lake screening information can be seen at 48hourfilm.com/en/saltlakecity/.
Photos: