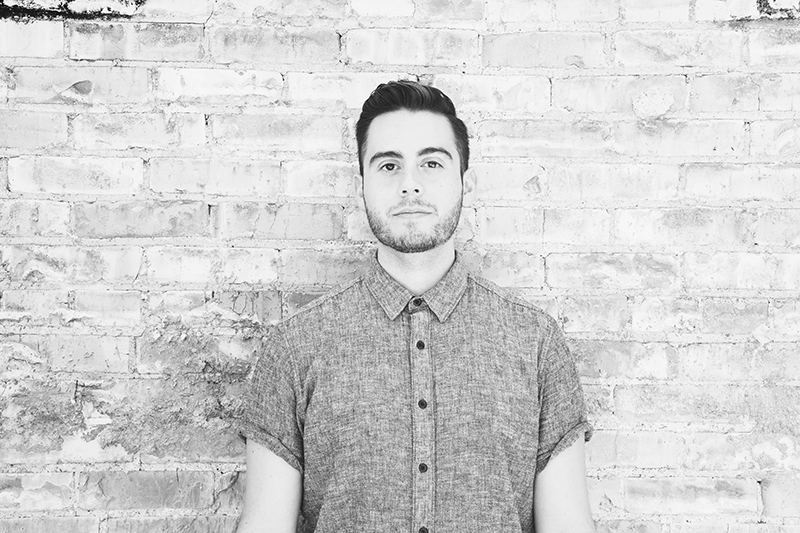 Provo-based literary journal peculiar began during a conversation between friends Jack Garcia and Aaron Gates. Garcia had recently graduated from Utah Valley University, and Gates was close to graduating. Both were wondering what came next. “We were both submitting work to places and, of course, getting the classic rejection letters you get from journals. It was just a late-night conversation,” Garcia says. One of the two asked the question “What if we started a literary journal?” And peculiar was born.

Garcia and Gates recruited Emily Mattson, a local graphic designer and UVU student, as the Creative Director and UVU graduate Rebekah Cuevas as Copy Editor. Backed by a Kickstarter campaign, the staff—whom Gates says they refer to as their “peculiar family”—released their first issue in May of 2015, 80 pages that featured 21 Utah-based LGBTQ+ writers. From its inception, the journal has occupied a particular niche: the intersection of the queer community at large and the local, Mormon-centric Utah County community.

Drawing on their own experiences of being gay and living in Utah County, Garcia and Gates hoped to create a community of people like them, people who could understand the peculiarities of Utah and its people. Of the LDS community, Garcia says, “We all kind of carry that with us. I sometimes think that as much as you’re leaving the Church, you don’t leave the Church. I used to think that was a bad thing—but it informs everything we do.” They hope that their unique perspective can act as a beacon to other LGBTQ+ people who are LDS, ex-LDS, or LDS-adjacent. “I hope with all my heart that in some way, having a Utah-based, queer literary journal can show any queer person who is feeling alone, that every area, every culture, every experience has another queer person there that they can look to for an example or for inspiration,” says Gates.

In this vein, Garcia cites a poem by Jennifer Duqué that appeared in the first issue of peculiar, “For Brown Rural Queers Who Celebrated Pioneer Day.” “It’s an interesting juxtaposition of what is it to be Hispanic in America, and queer and Mormon. It echoes a lot of lines that pop up in Church hymns,” Garcia says. Duqué writes toward the beginning of the poem, “we will sing as we walk / & walk & walk & walk” and closes the poem with powerful lines, “we will come to understand / that our bodies are settled territory / crisscrossed with accidents / but spined with ancient seeds.”

It’s this spirit of a new kind of pioneer—of doubly peculiar people in a land of peculiar people— that the staff of the journal were afraid of losing by branching out beyond Utah County. But with staff members spreading across the U.S.—Gates recently moved to Seattle, and Cuevas is now based in California—it was only fitting to open the journal to new voices in new places. peculiar has published five issues featuring work solely from writers who have lived or currently live in Utah. Their sixth is open to writers around the world. But to hold on to the Utah-inflected ethos of the journal, the peculiar staff has created a new writing contest only open to Utah writers and former Utahns. Though submissions are closed for Issue 6, peculiar is open for submissions of art and all genres of writing approximately twice a year at peculiarjournal.com.

The new contributor guidelines aren’t the only change that the staff has made as they spread across the country—they are no longer simply hopping in the car and poring through submissions together in person. While Jack manages local events and readings in Utah, the far-flung staff works together through email and Skype to produce each issue of the journal, and in-person interaction with writers has been more difficult. “It’s a bittersweet progression,” Gates says. “It’s been a little bit of a surprise to realize that as we expand more, it’s harder to have as personal of interactions with those we publish. But getting to expand our reach and those we publish is wonderful.”

In-person events—like the readings for each issue, held at Pioneer Book in Provo—have helped the journal cement its community. “Whenever we have readings, it’s—I don’t want to say spiritual—but it’s a moving experience where everyone is really impacted by the words,” Garcia says. “It’s enough to keep us going where we’re like this is important. This is something we should do.” But it’s really the words—whether they’re read out loud or on the page—that have made the journal into the resonant force it is now. “I constantly am amazed, every issue, at the remarkable work contributors submit to us,” Gates says. That work includes, Garcia says, “everything from fun short stories about crime-fighting drag queens, to really honest little nonfiction pieces.”

peculiar has become a place for those who don’t fit the standard narrative to find a home. “Something I am actually pretty excited about is that we’ve got quite a lot of submissions from trans people,” Garcia says. “That, I am really proud of, because especially right now, when we have Trump saying we’re erasing trans identities now—that they don’t exist—I’m proud to know we have at least lifted up a handful of trans people.” As Gates writes in the foreword to the most recent issue of the journal, “These queer voices are the voices of creation, of rebellion, of hope, of a fight to show how the world will never stop.” Speaking of stopping, the peculiar staff doesn’t plan to. Their next step is officially becoming a nonprofit.