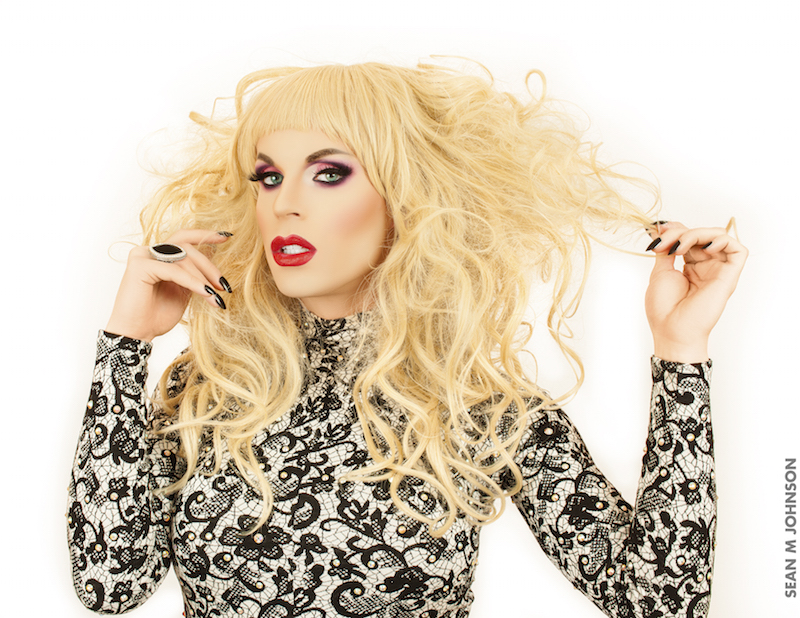 If the Truth Isn’t Funny, Make it Up: An Interview with RuPaul’s Russian Contestant Katya

Performers around the world are usually known for a specific feature or characteristic: good looks, intelligence, kindness, talent, passion or hard work. However, RuPaul’s Season 7 Russian Queen, Katya Zamolodchikova, is known by her fans and friends to hone all these qualities and more. Between hilarious performances—like her famous Abe Lincoln look—and her ability to improvise regardless of circumstance, Katya is the drag queen to take notes from!

Katya’s persona emerged when she was finishing art school and decided to take an after-school language course in Russian. “I was really inspired by my teacher,” Katya says. “She would come to class Wednesday nights at 7 at this high school rec center, and she dressed like a third-rate Bond hooker villain. [She was] gorgeous, but [had] a really deep, unintelligible voice. I was fascinated by her.” Thus, during her senior show presentation, Katya was born. How did she choose her name? “It’s not a very sexy story,” Katya says. “I picked ‘Katya,’ a generic Russian woman’s name. The thing about Russian names is you don’t try to be unique like Americans do. You have about 25 names [to choose from]. If you want to be unique, you just have to be it. It’s not your fucking name.”

Katya’s love of Russian culture doesn’t simply end with names and language. Russian literature, folklore and music are all incorporated in her performances. Considering the unique and sophisticated yet dark-humored nature of her performances, it is no wonder that her favorite piece of Russian literature is The Master and Margarita by Mikhail Bulgakov. “It has everything I love,” she says, “history, magic, mythology, absurdity and politics. It’s batshit crazy!” Other literature favorites are the dark, depressing poems of Anna Akhmatova. “The ‘30s, ‘40s and ‘50s in Russia were a real party time,” Katya says jokingly. Unlike dark, depressing poems, however, Katya’s life as a Russian prostitute is rather sexy. “Sleazing around the Delta Sky Club, having an attendant ask me, ‘Sir, are you first class?’; dragging luggage across different cities,” she says. “That’s pretty much it: trying to sleep and not being able to—you know, glamour.”

Making it big as a drag queen in this world is no small feat. With constant performances, rigorous costume and prop creations, and transformations into their personas—sometimes on a regular, nightly basis—it can be immensely challenging and exhausting for drag queens to keep up. “I was going to quit,” Katya says. She had gone back to school to receive her Master’s degree in mental health counseling when she got the call from RuPaul—an offer she couldn’t turn down. “[School] might be something later on,” she says. “People can’t do drag forever—although some people still try it!” Prior to school, she had been performing drag at local bachelorette parties. “I had reached a limit, locally, as to what was realistic. [I was doing] uninspired performances for people who [wanted to] dance and celebrate and get married. I hate marriage—especially straight marriage. It’s not a part of my life,” she says. “[RuPaul] allowed me to do exactly what I wanted to do, to express myself in exactly the way that I am. And not only can I do that, but people want me to do that—all over the world! You look up ‘dream come true’ in the dictionary, and there’s a DVD all about this.”

An Interview with Katya
Page 2 >>