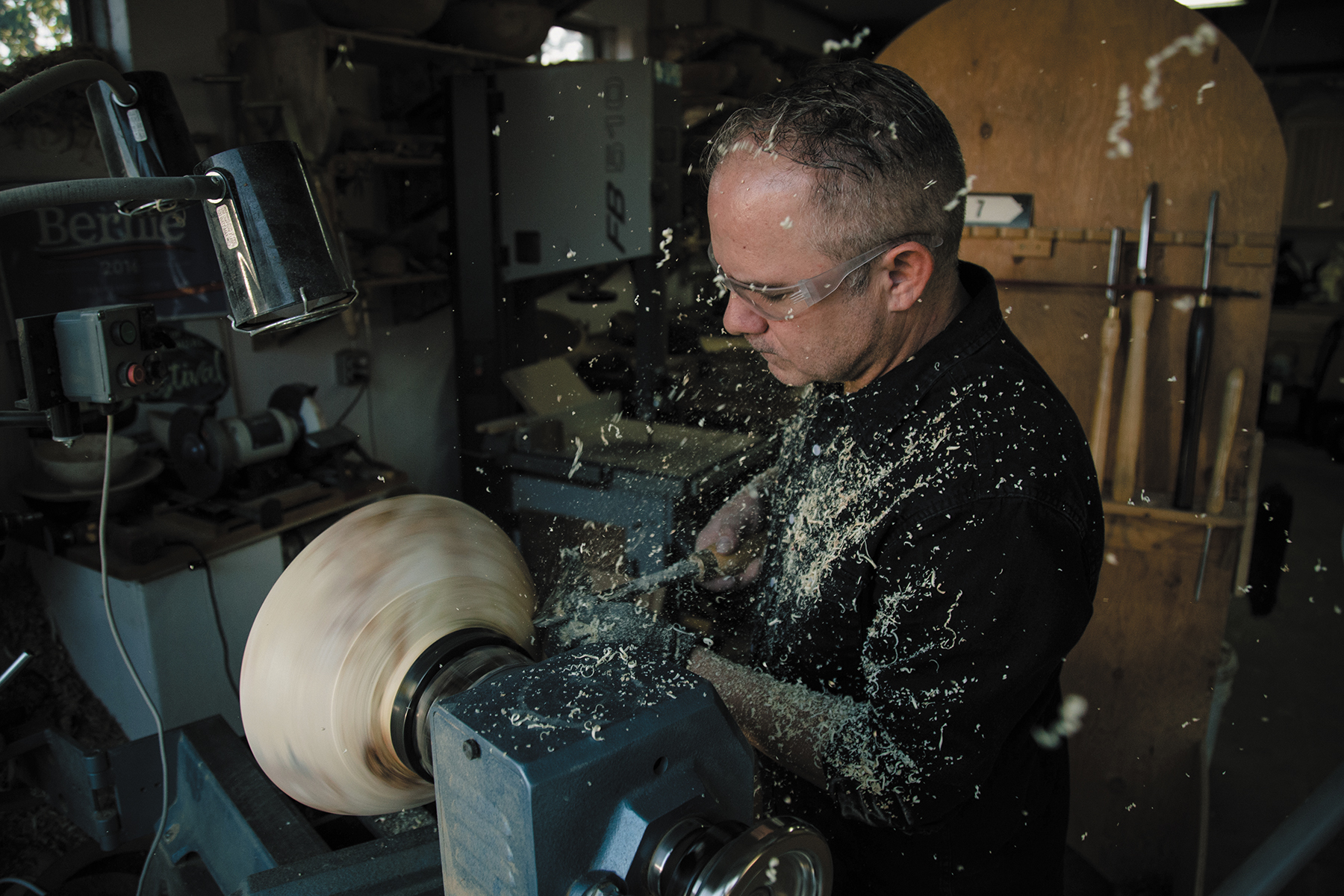 The Art of the Side Hustle with Two Adobe Designers: Alan Peck

Salt Lake City is quickly becoming a destination for the tech industry and graphic design. With companies like Adobe setting up shop in Utah, the creativity around Salt Lake City has been elevated. Here, two notable SLC creatives, Adobe Senior Graphic Designer Alan Peck and Adobe Senior Art Designer and AIGA SLC President Kassie Scribner discuss their lives in the design world and the intricacies of their respective hobbies: woodworking and embroidery.

“When I’m working and concepting [at Adobe], it’s the same thing as when I’m doing bowls. I lose track of time,” says Alan Peck. He believes that his career as a graphic designer works harmoniously with his side hustle: hand-making wooden bowls, peppermills and rolling pins. “Time and space cease to exist, and I’m just in that moment of making something and coming up with different ideas.The tools are different, but it’s almost the same thing.” For Peck, “making” has always been a part of his life, whether it be painting, drawing, photography, pottery or woodworking, so design naturally fell into place for him as a student at Utah State University, when a professor convinced him to change his major from illustration to advertising design, opening up the possibilities for Peck.

The garage of Peck’s Midvale home is fully equiped with two laithes, a larger laithe he favors for turning bowls and a smaller one suited for peppermills and rolling pins. Stacks of bowls line the shelves, meticulously marked with the dates they were created, while newer pieces wait in plastic bags. There is an intricate, dramatic element to each bowl that Peck hand-makes—lines that look like rivers and roads on a map snaking over the impossibly smooth wooden surfaces, something that Peck says is caused by fungi surrounding and killing other fungi in the wood. “It’s like warfare, really fascinating,” he says. This happens only after allowing the freshly turned bowls, damp from the process, to soak in the moisture in plastic bags for about a year, before being taken out to dry.

Peck’s workshop is organized to maximize efficiency. Time is a precious commodity for Peck, who is constantly trying to find a balance between his design work and the many different artistic outlets he has picked up over the years. Through the delicate process that is wood–turning, Peck admits that he has come to a point where his workspace and process maximize his productivity. However, the love of creating and iteration are what really makes a great art piece for Peck, whether it be something he creates for a client at Adobe or a bowl he turns in his workshop. “In my mind, there’s no difference between designing a website or a logo system and making a painting,” he says. “If you’re not enjoying that process, you’re doing the wrong thing.”