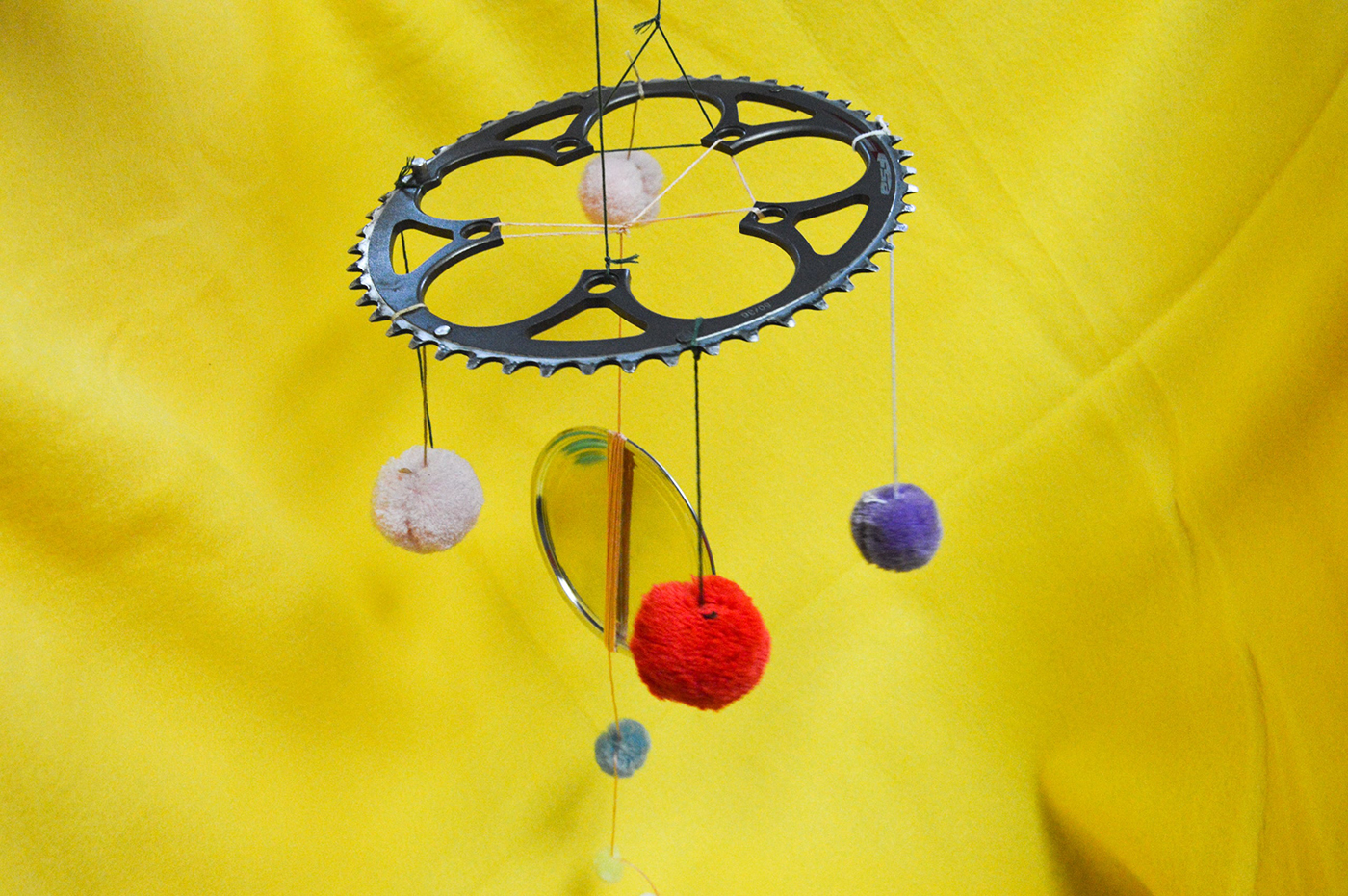 Bike To The Future: A Collaboration Between Clever Octopus and The Salt Lake City Bike...

At Clever Octopus on 2250 S W Temple, SLC, the Bike To The Future program is helping kids and adults express themselves through the artistic repurposing of bicycle parts. Clever Octopus has partnered with The Salt Lake City Bicycle Collective to create a kit that uses salvaged and cleaned rubber tubes, spokes, wheels, chains, ball bearings and more for art projects and sculptures. They also offer fun bike rides listed out in a handy zine accompanying the kit.

During a pandemic, families with young children at home face numerous challenges. One of which entails keeping busy and learning outside of school. And for a non-profit organization, a reduction in foot traffic can cause serious difficulties in customer relations, supply shipments and deliveries and teaching the kinds of classes that Clever Octopus and The Bicycle Collective offer; something Sophie Benson, the Events Program Coordinator at Clever Octopus, knows very well. “My job has changed a lot since January when I started working for Clever Octopus!,” she says. “In-person interaction fed our youth programming, our adult skill-building workshops and the one-of-a-kind experience of shopping at our creative reuse center. We have had to reimagine the nature of our interactions with our community. Luckily, as a group of people who see old doll heads and think ‘those would be fantastic planters,’ we’ve had some practice rethinking the world around us.”

And indeed they have! The creative solutions from an imaginative group have produced some exciting projects. “Our solution has revolved around at-home kits,” says Benson. Instead of embroidery classes, we offer embroidery kits; instead of summer camps, we offered summer camp kits. This fall, we hope to offer curriculum support kits so students can engage in hands-on learning amidst a heavy reliance on screen-based education.”

Staying busy at home and finding interesting and engaging activities is difficult, and this goes without saying doubly so now, as we all gruellingly know it goes without saying. This writer himself has tried to learn the harmonica (given up), attempted to begin learning French every day and taken up painting, which suffice it to say, the results of which should make for prodigious kindling.

“As a group of people who see old doll heads and think ‘those would be fantastic planters,’ we’ve had some practice rethinking the world around us.”

There are many art projects and creative endeavors that can seem inaccessible to adults at first, due to their childhood connotations (i.e., finger painting, macaroni art, as well as the problematic and semi-legendary hand turkey). This antiquated view is not generally held contemporarily, but is still being mentioned in case anyone who doesn’t like fun is reading this. Fortunately, Clever Octopus knows better. “Although the kit was designed with youth in mind, anyone of any age can enjoy this to infinite ends,” says Alexandra Parvaz, Clever Octopus Community Engagement Coordinator. “I used ball bearings to make a creepy cat. Not sure what value it will bring into my life, but it was fun,” says Melanie Espinal, Clever Octopus Communications Coordinator. “I also loved the vibrant mobile. Using a gear is such a fun idea to hang objects from; they bring some dimension to your space and are really easy and individualized.”

There is a veritable cornucopia of ideas for which these Bike to the Future kits can be applied to. Some listed above, and more on Clever Octopus’ website. Some ideas could be a frisbee made out of an unchanged spoke. Maybe a plain but decorative wheel out of what used to be … a plain and non-decorative wheel! Granted, these ideas are bad and annoying but, that is only because they are completely my own.

Luckily, there are much better and less one-to-one ratioed ideas featured in the zine. Out of all the ideas one could have for sculptures made from these repurposed parts, ostensibly the one thing you cannot make is a bike. “Many of the bike components that the Bike Collective offered for the kit are not in the best condition to reinstall on a bike off-the-bat without much-needed repairs, or they may represent spent parts that would be better recycled or upcycled into … art!,” says Pavaz. “I’d recommend getting better quality used or new parts from the Collective or any other local bike shop to have a smoothly rolling and adjusted complete bicycle.”

“Using a gear is such a fun idea to hang objects from; they bring some dimension to your space and are really easy and individualized.”

My power went out recently, and with it my connection to the Internet. I figured it was time to break out the candles and start writing letters, as the modern world was clearly over forever. The static that was its breath would dissipate in the cold, atavistic air, and the whir of its servers would click and cease in the absence of its magically bottled lightning. I would take a job tilling fields to make ends meet, or just mill around a bit. I would be happy.

In truth, I felt less lonely during one of the loneliest periods in my life, which still continues as I write this. Despite all of the devices designed to connect us being literally powerless, I felt in-tune and less anxious (at least for a little while). While I had the time to rediscover many things that didn’t require electricity were not talents of mine (as previously stated), one thing I wish I had was this Bike to the Future kit. It seems as simply fun as any good and creative idea can be. It’s multiple projects in one. Also, the encouragement to go ride a bike almost never feels wrong.

For plentiful information on classes, fun ideas and more, visit Clever Octopus’ website. Or for a direct course straight to the Bike To The Future kit, here’s that link.