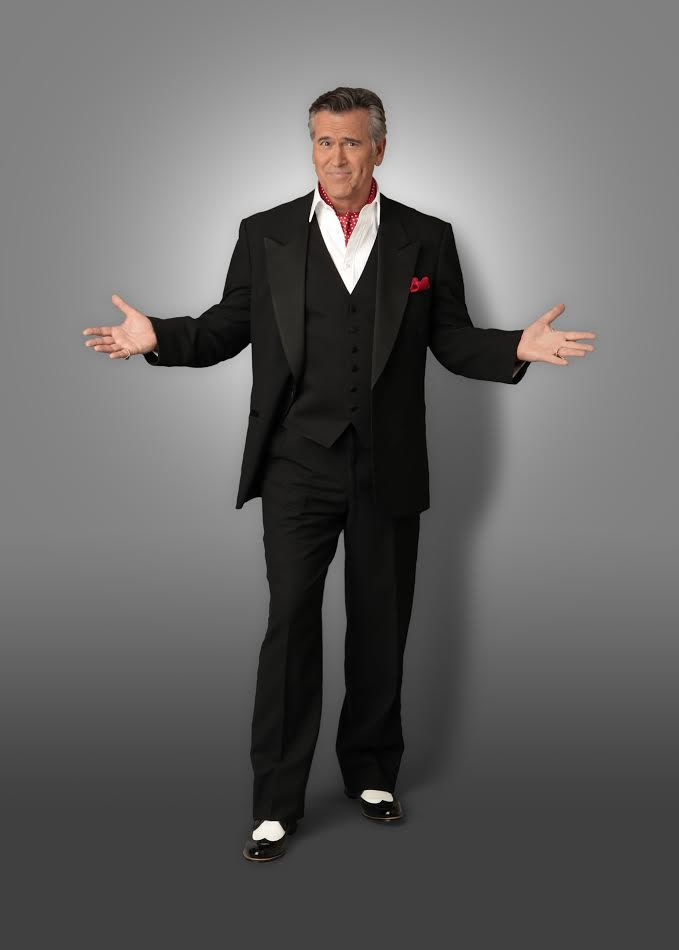 Bruce Campbell in: The Worst Interview Ever

Fans of Bruce Campbell are a unique bunch. We’ve bonded over things like demon possession and his Where’s Waldo-like appearances in Sam Raimi films. We’ve dressed up as Ash at one point (or two), or maybe you were a demon, if you’re into that thing. We’ve had wonderful B–horror movie marathons celebrating Campbell’s glory. We’ve binge-watched Burn Notice several times, mostly sober. We are true fans who have been through thick and thin, and we’ve chuckled the whole way. We are proudly Bruce Campbell fans.

My brother and I jumped on the bandwagon at age 10 with The Adventures of Brisco County Jr., and to this day, it’s one of two things I can talk about with my dad (the other is jazz). Back in 2001, Campbell became available in two mediums with his first book, If Chins Could Kill: Confessions of a B Movie Actor. It sold over 150,000 copies and was praised for its reliability and wit. Now, Campbell is on tour promoting his new book, Hail to the Chin, while presenting his geek-based trivia show, Last Fan Standing, to all 35 stops. Between Texas and Oklahoma, Campbell took some time to talk with SLUG about his upcoming SLC tour stop, which takes place at the Tower Theatre on Tuesday, Sept. 19. He was polite, poised and completely irritated with me.

SLUG: Hi, this is SLUG Magazine. Is this Bruce Campbell?
Campbell: Yes, it is.

SLUG: So, new book, new tour. How are you planning on topping the Chins Across America tour?
Campbell: I already have. I’ve done it. We got to No. 8 on the “New York Times Best Sellers” list. So I’m done. I don’t even need to talk to you.

SLUG: In your original book, you had this polite way of addressing the most outrageous situations. Does that carry over into your new book?
Campbell: If you read the book, you’d know. 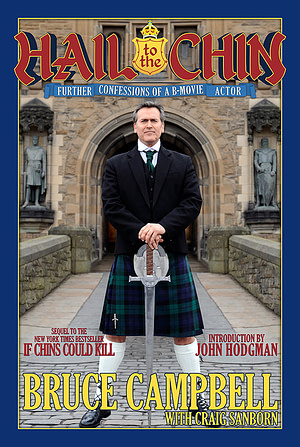 SLUG: The question was from the readers’ perspective.
Campbell: Well, how are they gonna know about it if you didn’t read it?

SLUG: Any crazy stories like infamous Ice out of the A story from Opie & Anthony?
Campbell: The troops in Iraq in ’09 story is pretty out-of-the-box.

SLUG: So, in Season 2 of Ash vs. The Evil Dead, you get attacked by a colon. Do you have a preference when it comes to things to be eaten by?
Campbell: I don’t play any of those games, sir. That’s an impossible answer. I don’t sit around and fancify about those kinda answers.

SLUG: Gotcha. I’ll just throw the next question out, too.
Campbell: Yes, throw out all those questions.

SLUG: Early on in your original book, there’s a story with you and a fox that’s really kind, calm and away from all the actor-ness. Do we get those moments in the new book?
Campbell: Well, you’d know if you read it.

SLUG: Sorry.
Campbell: We’re kind of stymied here. I could lie to you about the book and you wouldn’t know. I would be doing your job if I told you anything.

SLUG: So you’re going to be coming through Utah eventually on your trip. Do you have any Utah experiences that stick out?
Campbell: Yeah, Utah is a great place to get lost and wander off the map. It’s one of those places where you can drive as far as you can, ride your bike as far as you can and walk as far as you can.

SLUG: Any crazy stories from the new book tour?
Campbell: Ha, yeah … let’s just say it’s been active. We’ve sold twice as many books as we thought, so we had to adjust to that. Spend more time doing what we’re doing and planning our day better. Which is fine, ya know—champagne problems.

SLUG: Here is a question some of my performing friends came up with. For fledgling B-movie actors, what level of delusion is required if you intend to be successful?
Campbell: You have to believe in yourself, certainly. Some people with little talent need a lot of delusion. Others with more need less. Drive is important. There are a lot of talented people with no drive and a lot of untalented people with lots of it.

SLUG: In your first book, you talk about the nano–attention spans of audiences. Sixteen years later, how has that changed the way you present yourself and your performances?
Campbell: It’s changing everything. TV shows aren’t 26 episodes. They’re 10 or, you know, six or eight, or whatever it is.

SLUG: My next question was going to be, “How’s this interview going?” but I think I’ll slide right past it.
Campbell: That’s a good idea.

SLUG: If I told you Bubba Ho-tep was one of my favorite movies, would that help?
Campbell: Nah.

SLUG: Well, aside from this example, what’s the worst interview you’ve ever had?
Campbell: You’ve done it, sir. You’ve really already done it. You’re taking the Top 10 prize here. Just remember in the future: Read the book.

SLUG: Roger that. How’s the turnout been for the Last Fan Standing event? Any crazy costumes, or is this a slacks and polos affair?
Campbell: It’s a pretty clean, family-oriented crowd in Salt Lake City, so I’d expect that. I’ll be saying words like “sarsaparilla” and “golly.” It’s gonna be a very clean-cut game show, and we’re gonna have some fun.

SLUG: So no boob signing?
Campbell: I’d sign a boob, if that’s your plan.

SLUG: Well, Mr. Campbell, I’ll leave you to the open road. Thanks for your time and have a good day!
Campbell: OK, sir, have a fine afternoon.

And there you have it, folks. Come Sept. 19, Bruce Campbell will host Last Fan Standing at the Tower Theater at 7 p.m. Brush up on your knowledge of sci-fi, superheroes, fantasy and plenty of horror, because geekiness is going to be represented to the fullest!