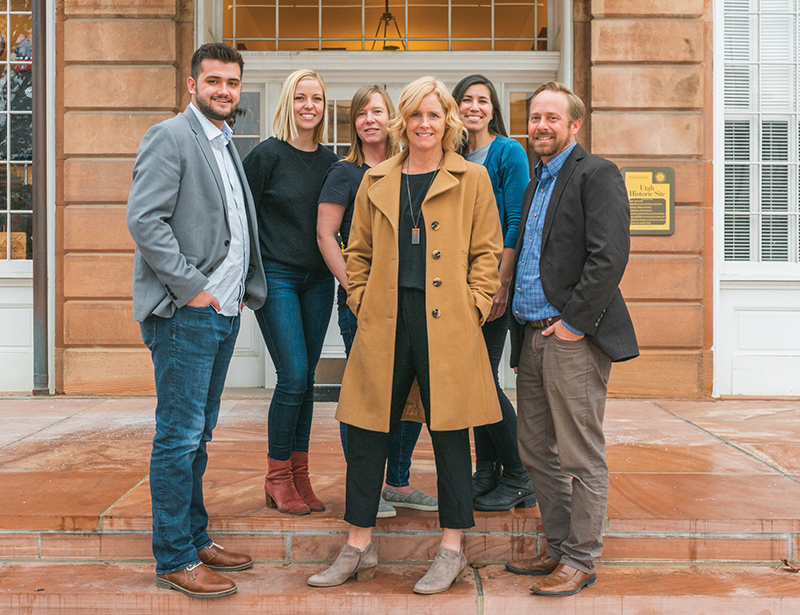 Cinematic Dreamer? The Utah Film Commission’s Next Level Grant Program Can Give You a Boost

So you want to make movies. You have ideas, you have storyboards, and you’ve even rigged yourself up a half-decent cell-phone steadicam using some duct tape, an upside-down tripod and a yo-yo string. You have an abundance of heart and ambition, but your pockets are empty, and you may have exhausted your YouTube fanbase. If only there were some means to help you get your foot in the door of the ever-elusive film industry to jumpstart your career as a serious filmmaker. This is the plight of many aspiring filmmakers who have the knowledge and the talent to make a good movie, but they don’t have the money or connections to make it happen. According to Virginia Pearce, the Director at the Utah Film Commission, it is common for these aspiring filmmakers to understand the technical-skill-driven aspects of making a movie, but the business side can be tricky, particularly the fundraising side. This is why she was eager to discuss the Next Level Grant Program that the Film Commission released earlier this year.

Open to Utah residents over the age of 18, the Next Level Grant Program will award up to five applicants $2,000 of seed money to take the first steps they need to start their film career. “The Next Level Program came about because we see a lot of talent wanting to enter the film industry,” Pearce says. “All of the major universities have film programs turning out a lot of talent, but fundraising can be a difficult roadblock for these filmmakers.”

Pearce, who has a background with the Sundance Film Festival and was once the Director of Marketing & Community Programs at Spy Hop Productions—a Salt Lake–based program that mentors youth in the digital arts— feels strongly about continuing to encourage amateur filmmakers and artists. “We have a very large film-production industry in Utah, but there are definitely some missing pieces in the talent pipeline,” Pearce says.

The Utah Film Commission works to attract filmmakers from around the globe to film in Utah and to use local cast, crew and services. Ultimately, as part of the Governor’s Office of Economic Development, they help the state generate income, and the commission sees their investment in new, local filmmakers as a future investment in the state. “We’re hoping that this becomes a pipeline of our own program,” Pearce says. She explains the commission’s hope for these beginning filmmakers to continue to come back to the state as they become more successful and, in turn, reinvest in our local film industry, which currently employs 5,500 individuals and generates $142 million in salaries and wages.

Intended for those who aspire to direct and/or produce films, the $2,000 grant can be used for what is most needed to get things moving on whatever kind of project the applicant may have in mind. “The film can be any kind of project—a short, VR. It doesn’t have to be one specific thing,” Pearce says. “It’s $2,000 to help you get a start, whatever that means for you. Is it a trip to L.A. to attend a meeting or a trip to SXSW to see what other filmmakers are up to.”

Pearce is realistic about the fact that $2,000 doesn’t seem like much in the grand filmmaking scheme of things. “It’s obviously not a ton of money, and we wouldn’t expect a feature to be made on this budget,” Pearce says. “But it’s really meant for the very beginning filmmaker who is just trying to figure out how to get there.”

Helping to push that $2,000 a bit further in moving a film project forward, grantees also receive other benefits, such as an annual membership to the Utah Film Center’s Artist Foundry where they can gain access to a network of other filmmakers, a library of movies and literature, editing bays and rehearsal space. Grantees will also receive special access to the 2019 Sundance Film Festival and the Sundance Institute’s
Co//ab Artists Network.

If you are looking to get a leg up on your celluloid dreams, interested directors and producers over 18 and residing in the state of Utah can apply at film.utah.gov/nextlevel. Applications for this round of grant awards are due on Dec. 31, with initial recipients receiving awards just in time for the Sundance Film Festival. Depending on how many of the five awards have been filled at this time, additional grants may roll out through the spring.

Editor’s note: The article previously stated Virginia Pearce as the erstwhile Executive Director at Spy Hop Productions, and was amended to indicate that her title as Director of Marketing & Community Programs.