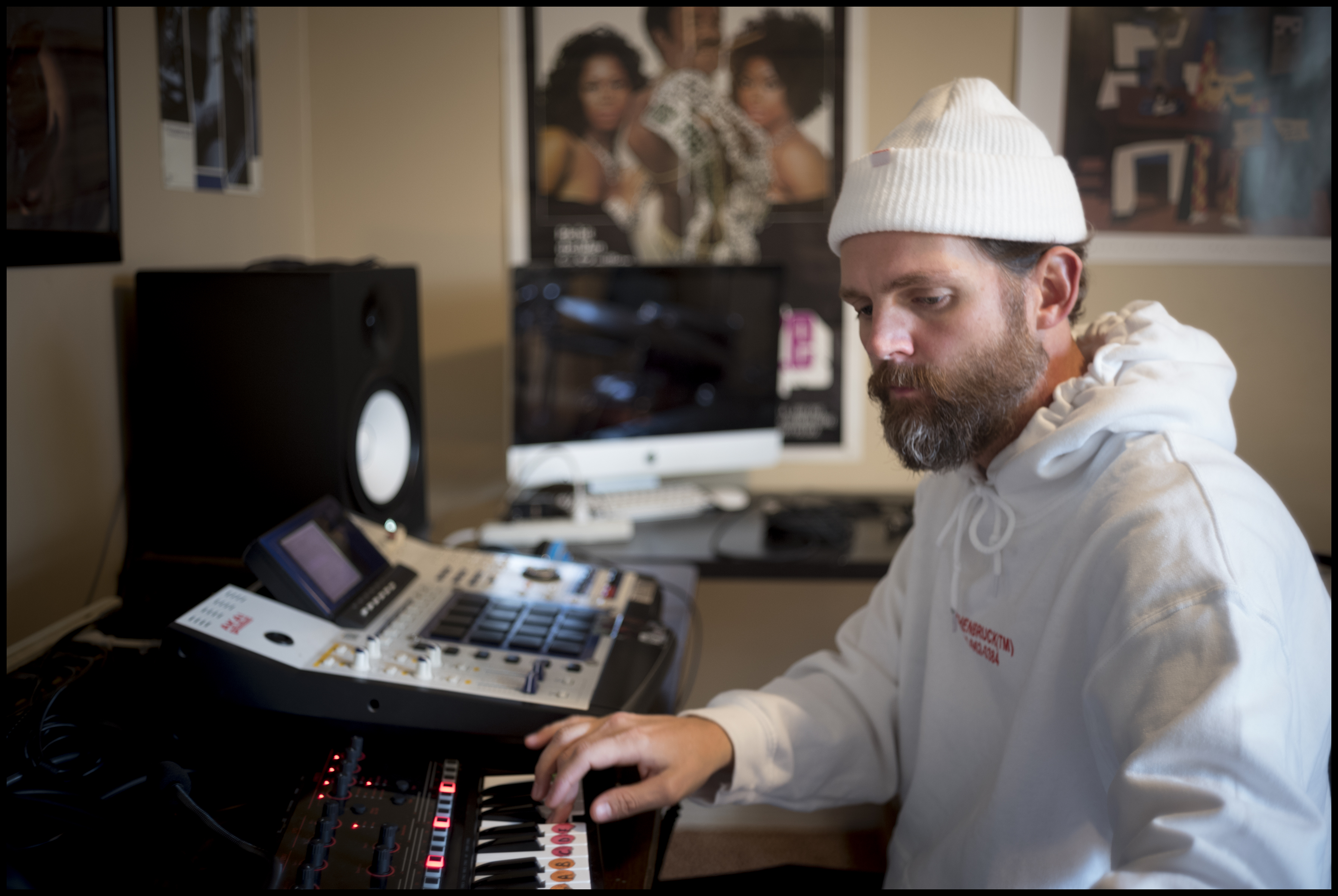 Adam Terry, aka DJ Finale Grand, has been a heavy-hitter in the Salt Lake City music scene for quite some time. A professional DJ by trade, Terry has been creating hip-hop beats since the early 2000s. He has an air about him—a quiet knowledge and wisdom that comes from years of hard work and dedication to playing, producing and discovering new music. A multimedia artist, Terry has broad horizons that stretch from documentary filmmaking to electronic music and hip-hop production.

For almost a year now, Terry has curated and hosted Critical Beatdown at a bar called Good Grammar in Salt Lake City. The concept was simple: to create an environment where local “beat producers, electronic musicians, beat machinists, synth wizards,” etc. can perform their work in a safe place where experimentation is encouraged and where networking happens naturally. “I created Critical Beatdown to explore new ways of showcasing studio music in a live setting,” Terry says. “I wanted to create a platform for people to get out of their bedrooms and showcase their music to fellow local artists.”

Terry grew up and matured as a musician in a different era. The internet was in its developmental years and didn’t play the large role in music sharing it does today. Terry was used to presenting his music in a live setting and recognized the importance of meeting and collaborating with local artists. As the internet age started rapidly changing the way music was produced and shared, Terry noticed a shift in the Salt Lake music scene. “With the technology boom in music, everything went to basement recording,” he says. “So with all these kids, they have Soundcloud, Bandcamp, to get their music out, and it’s very studio-based music and not live.”

For Terry, the new revolution of basement-style production had its pros and cons. On one hand, it gives more and more people an opportunity to follow their dreams and to create the type of music that they want, when they want to. On the other hand, artists are becoming more reclusive, choosing to network with other musicians over the internet, rather than get out in the world and become engaged in their local music scene. Critical Beatdown was created to bridge the gap between “basement producers,” the public and other artists. It was meant to be an open space, where everyone can be comfortable and where artists who typically don’t perform can practice. That being said, Terry is judicious in choosing newer artists before getting them onstage.

Terry curates Critical Beatdown each month carefully. He combines new artists with older, more experienced veterans from all genres. For some musicians, this may be the first time they have ever had the opportunity to play their music live. “For the kid who’s never played live, this is a huge deal to even have 20 or 30 people there,” Terry says. For others, it is an opportunity to experiment with new styles and performance techniques. Terry has featured local producers like Dusk, Dumb Luck, Regular Ass Dude, Brisk One, UTA TRAX and Fischloops, who are not rookies, by any means. Critical Beatdown has also featured artists who typically perform in bands but want to branch out and try their hand at electronic music and production.

To get the widest variety of musicians that were outside of his circle, Terry has searched the nooks and crannies of the Salt Lake City area. “I tried to spread the word, and said, ‘Hey if you know anyone who is making music, making beats, send me their contact info,’ and I will see what they got and try to curate a cool night where they can fit in,’” says Terry.

Terry hit up record stores, music shops and cruised Soundcloud and Bandcamp, looking for new artists and collectives sprouting up across Salt Lake City. He allowed himself to be led down rabbit holes, and get lost in new artists and musical styles. As a DJ, discovering music has always been a passion. He appreciates the chase and being able to turn his friends on to new, unique musicians. “That digging-and-discovering part was one of the ‘sexy’ components for me,” Terry says. “I am constantly looking for new artists to be inspired by.”

In June, Terry opened up Critical Beatdown by sending out an open invite to producers or anyone interested in hearing some local “beat heads,” according to Finale Grand’s Facebook. The willingness to hear anyone play and an honest love of all types of music is what sets Terry apart and what makes Critical Beatdown a necessary and vibrant part of the Salt Lake City community.

For their anniversary show, Critical Beatdown is hosting a selected favorites night of diverse representatives of CB showcases on Jan. 4, 2018, at Good Grammar. “We are bringing back a couple people and we are also showcasing some new people,” Terry says. Terry is playing as Finale Grand along with Norbzz, Mooninite, SIAK and Pierre The Lamb. Also releasing on Jan. 4 is a 13-track compilation of 13 different Critical Beatdown artists, which you’ll be able to hear on Bandcamp; find it day of via Terry’s site, fountainavm.com. The shows are on the first Thursday of every month and are free. For updates on show lineups and fliers, follow @criticalbeatdown801 on Instagram.