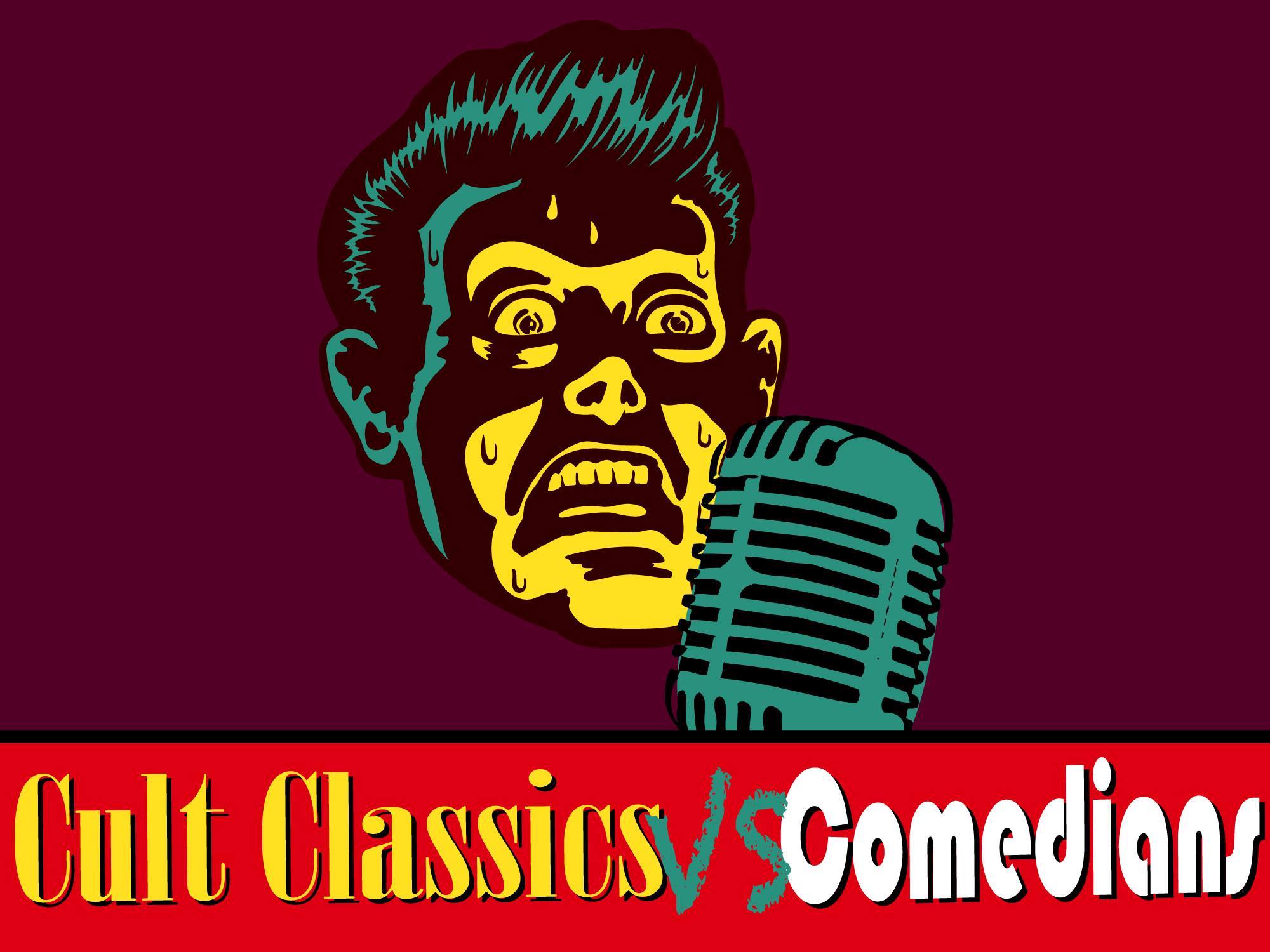 Some things just pair incredibly well together: wine and cheese, Batman and Robin, comedians and movies. It is such a tried-and-true formula that there are multiple local geek channels, podcasts, shows, webcasts, etc. that you can choose from to get all of your film fandom fix from local, funny personas and never hear the same joke or movie twice. With a wealth of films and funny people to talk about them, everyone can find their perfect fit of comedians dissecting movies. However, there is only one perfected Cult Classics vs. Comedians, and as a special treat for the month of October, they are presenting their bonus “31 Screams”: a featurette of 31 minisodes of terror.

Cult Classics vs. Comedians is the brainchild of local entertainers Ben Fuller and Jamie Maxfield, and it’s finishing out its first season, which started in February 2016. “We’re going on 28 episodes now,” says Maxfield. “We’ve really built up a nice little library of cult films, and not all of them are what you would traditionally categorize as cult films. Some of them are films that people grew up and loved. We have some mainstream movies that are just fun to have on the shelf.” Each episode of Cult Classics is about 12–14 minutes, where a returning panel of three comedians and Maxfield discuss one cult classic film.

Maxfield hosts the show, with Fuller working behind the scenes and as a part-time editor and as a producer. They plot out each episode and split the line up together, deciding it much like the lineup of a live comedy show. Improv comedian and local filmmaker Andrew Jensen also works with them and fills in as a producer, primary editor, and works behind the scenes. Regarding some ground rules and the basic format, Maxfield says, “Give us a movie you love, but yet, you can still make fun of it, but maybe your love for it is so ridiculous that it makes it fun.” They shy away from treating it like any other film “review” type of show. “We don’t want to be a film critic kind of showcase,” says Maxfield. “We want to be more of a ‘Here’s some films that are cult classics that we love, but yet we do acknowledge how ridiculous they are and we can make fun of the fact that we love these films.’”

There are some additional rules that Fuller points out: “We have a pretty hard rule that each comic recommends the film that they are going to present, and it can’t be a film like The Room that is mainly known for how bad it is.” He points out our very own Utah monstrosity shot: Troll 2 gets brought up a lot because it’s bad. “We want a real passion for the movie,” he says. “We want people to go see these movies that captures the quirky taste of the comedian.”

As far as their favorite goes, they are unanimous. Maxfield was quick to answer that “there’s probably four or five episodes that I really enjoy,” he says. “The episode where we talked about Cannibal Holocaust [Episode No. 4] because it was such a shocking and in-your-face film. It was very easy for us to be offended by it and make fun of the film itself at the same time.” Fuller cuts him off and says, “That’s the one where I was the only one that liked it. I think I was the only one that recommended it.”

But what is it about comedians that makes them want to talk about films much more than any other art form? “I think it is because of their isolated lifestyles, mainly,” says Maxfield. Fuller had a different take, though. “Their social-awkwardness and their inability to make a connection with people outside of the stage,” he says. He did add in more seriousness: “Comedians are pop-culture savants, right? They spend all of their time mining pop-culture and what’s going on around them for their material.” Fuller believes that is what makes comedians the best subjects to talk film with. They can banter about movies, but in a fun way. They know the topic, but don’t have to be experts about it. “Our approach is always fun—we aren’t trying to be smart about it, always funny,” Fuller says.

“It’s given people an opportunity to go back and listen to a comedian’s take on them,” says Maxfield. Their goal is to open up new audiences to films they may have forgotten about, or never gave a chance, but in a fun way that is nontraditional, and unique. “There really is something for everyone out there. It really stretches the whole gamut of true traditional cult films to just fun, mainstream films. We’ve got something in our library for everybody. It doesn’t take much time—you can quickly find something that you remember or even a film that maybe you’ve heard of but don’t know a lot about, and you can watch a quick synopsis of four people’s different takes on it within 10 minutes.”

During the month of October, Cult Classics vs. Comedians has gotten in the “spooky spirit,” and has posted an episode daily, most featuring a new local comedian, each one of them featuring a new horror film, cult classic or hidden gem. It was local comedian Melissa Merlot who came up with the name “31 Screams.” Due to time constraints with the regular, long-form show, they shoot four episodes back to back, not every comedian locally can be involved right away. “There’s just not enough time for them all to do it. This was a way to give them a way to give everybody a little moment to share something that they love,” says Fuller. “We’re really gratified that everybody has enjoyed it so far. We’d like to do another one for Christmas.” So far, they have covered everything from the recent and atmospheric The Witch featuring Nicholas Smith to the classic Bedknobs and Broomsticks with Eileen Dobbins. Fuller enthusiastically encourages everyone to “support local comedy!” They tag every video with where to check out and follow the local comedians.

You can see all of the “31 Screams” as well as each of their episodes of their Cult Classics vs. Comedians on their Facebook page.