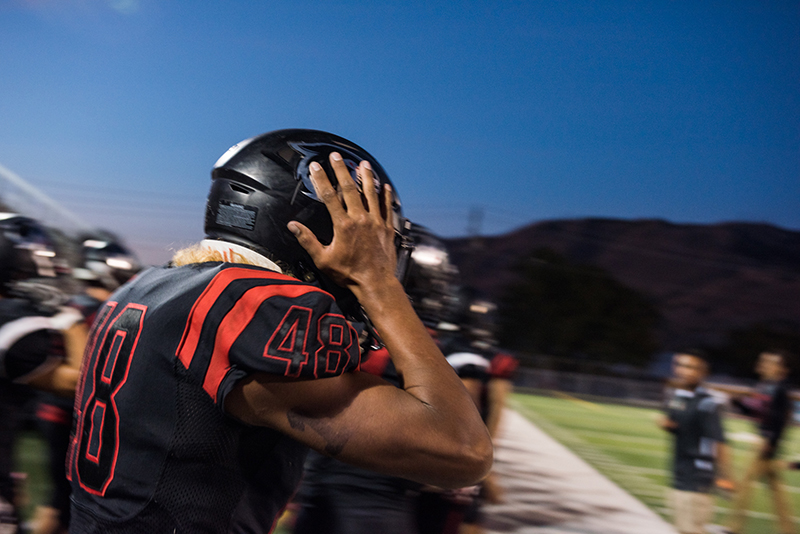 The photography of Salt Lake photographer Niki Chan Wylie is the kind that nudges you when you look at it, encouraging you to really feel out the story indicated in her images. She describes her work as “honest visual storytelling, walking the line between documentary and art.” She has a long history with the medium: Starting with taking photos with a point-and-shoot during childhood and later learning about film and processing in high school. In college, her efforts to pursue photography or photojournalism didn’t work out due to the lack of programs available to her, and after graduation, she got a job at a corporate office working on computers. All the while, though, she kept taking photos, primarily on film. “My biggest joy was finding old, vintage cameras from thrift stores and figuring out how to use them,” she says. “After working at the corporation for a few years, I had enough dough to buy a DSLR.” With the purchase of that first digital camera and one of the most memorable Twilight Concert Series shows, everything changed for her.

“A friend asked if I wanted to shoot Sonic Youth at the Gallivan Center for an article she was writing,” says Wylie. “I got to photograph the band on the front row for three songs. That thrill is still vivid in my mind and heart, and I never stopped pursuing photography as a career after that. I started working for local publications and got addicted to meeting interesting people with interesting stories.” Eventually, after becoming confident enough with her new, budding career, she quit her corporate job, went back to the flexible, coffee-shop job she had while in college and devoted her time to photography.

Her career has grown since then—her photos have been published in Park City Magazine, The Salt Lake Tribune, NPR and BuzzFeed News. Her portfolio has, too. She’s mostly used digital, reserving film for personal projects, but says that after evolving from using film to all-digital, she hopes to incorporate film more frequently in her work. Subjects of her personal projects vary widely. Visiting her online portfolio, there are myriad portraits of people with their stuff—in bedrooms, garages, yards. There are also photo essays, one featuring a high school football game, another homeless youth in Salt Lake City titled Only God Can Judge Me. Of her subjects, she says, “I enjoy photographing anybody because I feel as though we all have such beauty, ugliness and truth to us … My favorite work, however, is when I can share the voice of any group of people who have been silenced or marginalized by society … Living a human life on planet Earth is extremely difficult for anybody. It’s interesting how each person individually and uniquely copes with that as well as how we collectively cope and are intrinsically connected.” Just as no two people are alike, neither are Wylie’s photos: Each is a unique look into someone else’s world.

Traveling is another of Wylie’s passions, and in traveling she finds just as much opportunity to capture stories. “I enjoy depicting the character of these places, similar to a portrait of a person. I also enjoy having a human element in a photo without having the actual human in the photo.  You can learn a lot about someone by their home, the objects they own, or their environments. Conversely, you can learn a lot about a place by the human objects present.” She says that part of the appeal of photographing places is that it can be more mysterious, encouraging viewers to use their imaginations to create a story.

The openness of her technique—seeking out any person or place with a story to tell—perhaps comes from her lifelong influences, who aren’t just photographers (though two are Diane Arbus and Mary Ellen Mark) but musicians, authors, outsiders and social justice and community-oriented people. She cites the importance of photographs themselves as influences as well, and one that changed her “teenage kid brain.” On one of her weekly trips to Barnes and Noble, where she would drink tea and look at photo books, she found a photo in a Time Life “Best of” book of a black-and-white photograph of a man dying of AIDS. “He sat, losing life, on a hospital bed with his family holding his hand, sobbing,” says Wylie. “It made me feel more than any other photograph ever had. The caption stated names and basic info, but I saw and learned so much from that single image. I returned week after week to absorb and understand the photograph. It taught me the power of a photograph.”

Wylie’s life as a photographer is certainly one of balance, one where she gets to practice a craft she loves that also happens to be her career. In the spirit of her narrative photos, she also acknowledges and appreciates the part of her life spent in the corporate world, because it was there that she learned about modern technology, business practices and professionalism—skills she would need later for the work she does now. To those who have dreams of professional photography, she offers some advice: “Never stop shooting what you love. Find your photo community for support and companionship. Make sure you understand business, or take a class. Cultivate motivation, inspiration and grit.”

Find more of Wylie’s work at nikichanphoto.com and in the gallery below.