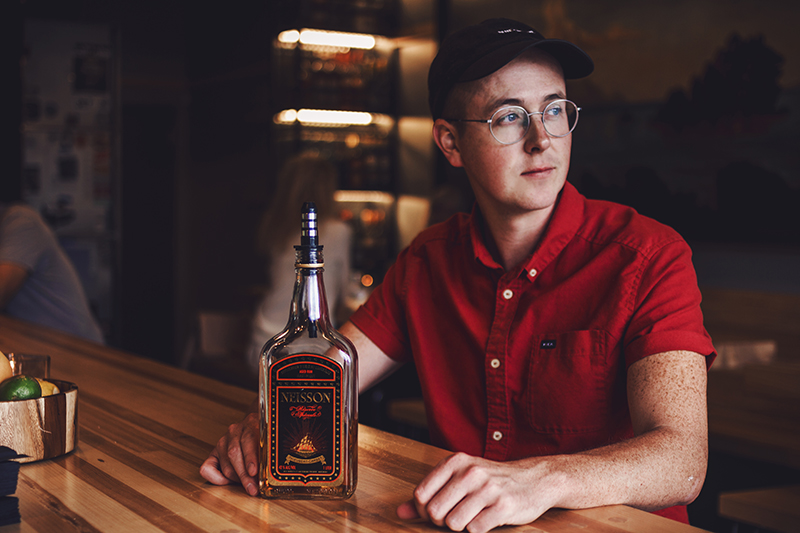 What goes into your cocktail goes beyond gin and juice. Here in Salt Lake City, we’ve been given an opportunity to explore this craft lifestyle in the form of locally owned bars bent on bringing our community the luxury of the liquor spreading out from the cultural capitals of the world. In the booming and only somewhat metaphorical oasis that is this city, there’s something everyone can agree on: When at the watering hole, it’s time to drink! It may not be Prague, but if you walk into any of these bars—Copper Common, Lake Effect, Water Witch and White Horse—and forget that fact, you’d be forgiven.

One of the more unique additions to the industry is this cozy little number casually itching to be your neighborhood spot for all things spirited. Two of the co-owners, Sean Neves and Scott Gardner, sat down with me at their Central Ninth location to shoot the breeze about what it looks like to serve cocktails without getting caught up in the (somewhat unintentional) game of bingo that is a cocktail menu. Instead of a drink list with boxes to check, these guys want to have a conversation. Instead of 10 ingredients in a single drink, there’s a minimalist style with maybe two or three different spirits combined to play off each other with a subtle beauty. It’s less about the spectacle of crafting cocktails and more about getting back to what is foundational to the whole endeavor. Usually, this means being able to taste what it is you’re sipping on without having to claw into the thing to take an educated guess.

This hype-less, community-oriented sensibility leaves the splendor of the mainstream cocktail scene behind in lieu of a less intimidating approach to what it is Water Witch aims to do—which is to say that they are both approachable and affordable. Half their shelf is special-ordered from the state, and every week, they cycle through a different liquor or liqueur. They sell each week’s spirit for a generously low price so as to allow their booze-friendly but fiscally responsible neighbors to be able to try something new without paying enough to buy half the bottle for a single ounce-and-a-half pour. This is what’s great about bars in the first place. You may not feel compelled to buy the bottle of Booker’s Rye that won the internationally recognized Best of 2017 designation at shelf value, but with bars like this, you can buy a glass of it for a reasonable price and still get that firework of flavor effect that garnered it the recognition.

After all this, though, it’s good to remember that Water Witch is a bar that can just be straight-up fun, and if you want to sip on a shitty club drink the bar is spotlighting while your friend takes a shot of something on fire, look no further. The witch will point the way.