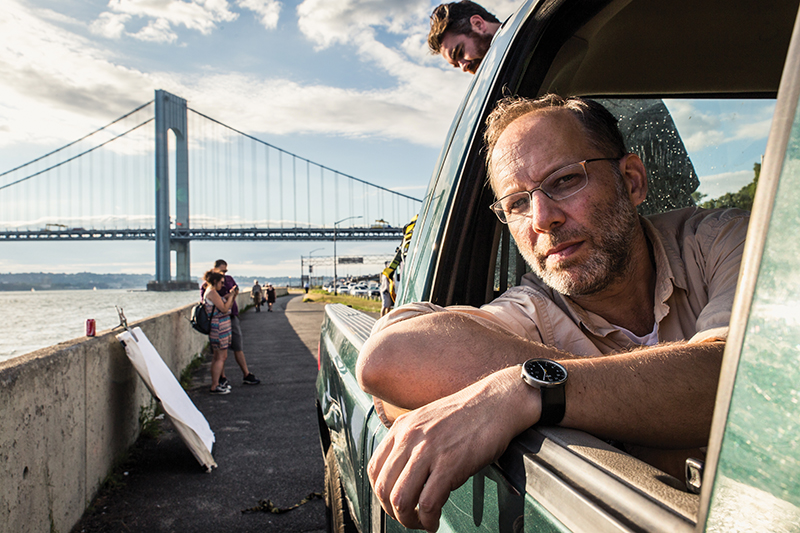 With a majority of his films having premiered at the Sundance Film Festival, director and screenwriter Ira Sachs has become a fixture at Park City’s annual celebration of independent film. Boasting an impressive body of cinematic work that explores the nuances of familial boundaries, sexual identity and the complicated nature of love itself, Ira has established himself as a keen observer of human relationships. With warmly received Sundance premieres such as Love is Strange, Keep the Lights On and Forty Shades of Blue, Ira continues to bring his unique cinematic perspective to Sundance 2016 with Little Men. As a filmmaker, he strives to capture the delicate strands that bind people to one another. “The struggle to make a connection with other people is what the history of art is about for me,” Ira says.

From his 1996 Sundance debut with The Delta to 2014’s sleeper hit Love is Strange, Ira’s films each offer unique lenses through which the audience can perceive the myriad complications that are born from personal relationships. “My interest as a filmmaker is to use stories to explore the contradictory nature of all of us and how we try to be close to people,” Ira says, “but that is one of the great challenges of life, and we never fully succeed.” Little Men will explore these intersecting relationships from the perspectives of both children and adults. “It’s a film about two boys who become best friends as their parents become enemies,” Ira says. “It’s a story about childhood, family and that one friendship that we all remember from when we were young—the one that has really stayed with us.”

Ira also seeks to emphasize his architectural ability in Little Men, wherein he coaxes moving performances from individual cast members as well as from an ensemble. Working with a combination of new actors like Michael Barbieri and Theo Taplitz—“They have this kind of bravura,” Ira says—and industry veterans like Greg Kinnear and Paulina Garcia, Little Men promises to capitalize on the same ensemble alchemy that Ira evoked with Love is Strange. “You have to keep in mind that you’re not casting actors; you’re casting people,” Ira says. “I want a group of performers that I am interested in, that I find fascinating, compelling and relatable, and I encourage people to really be revealing themselves.”

Ira’s partnership with his own regular collaborators is something he values as a filmmaker, but he recognizes the value of new blood as well. Little Men is the third film that Ira has co-written with Mauricio Zacharias, who is also the godfather of Ira’s son. “We share so much as friends—we share values very deeply, and I think that’s really important for a collaboration,” Ira says. “We care about the same things, we’re interested in many of the same things, and we trust each other in a way that makes it very easy to collaborate.” Film editor Affonso Gonçalves (Beasts of the Southern Wild, Winter’s Bone, Only Lovers Left Alive) is another longtime collaborator, having edited all of Ira’s films. “I’m also working with another editor named Mollie Goldstein [One More Time, The Art of Getting By, Palindromes], who I’m new with,” Ira says. “I think you should always have a combination of these old relationships and the impulse of the new ones.”

While Ira was born in Memphis, his history with Park City interconnects through his own family as well as his initial introduction to the world of independent filmmaking. His father, Ira Sachs Sr., moved to Park City in the mid-’70s, and Ira Jr. was a frequent visitor. “I would come out every year for what was initially the U.S. Film Festival and then became the Sundance Film Festival,” Ira says, “so I was actually there before Robert Redford was there. I grew up in that scene and really got a sense that there was a possibility of being an independent filmmaker as a life and as a community, and I think it was extremely formative.” In addition to these annual visits, Ira has had family attend the University of Utah, and his sister Julia Sachs is one of our very own SLUG Magazine all-stars. Ira has also been involved with the Sundance Institute for the past 25 years, offering his experience as an advisor for attendees of the Sundance Filmmaking Labs. “Year round, they provide support for filmmakers that is invaluable,” Ira says. “Really, I don’t think there would be independent film in America without it.”

After Sundance concludes, Ira and Zacharias will continue work on a script for an upcoming HBO project about actor Montgomery Clift (From Here to Eternity). Ira also runs Queer/Art/Film, a monthly film showcase by New York queer artists at the IFC Center in NYC, and Queer/Art/Mentorship, an organization also based in New York that helps mentor artists from the LGBTQ community with their own creative projects. He will also continue contributing to the Sundance Filmmakers Lab during the summer. Little Men will be playing throughout the Sundance Film Festival, and a full schedule can be found at sundance.org.