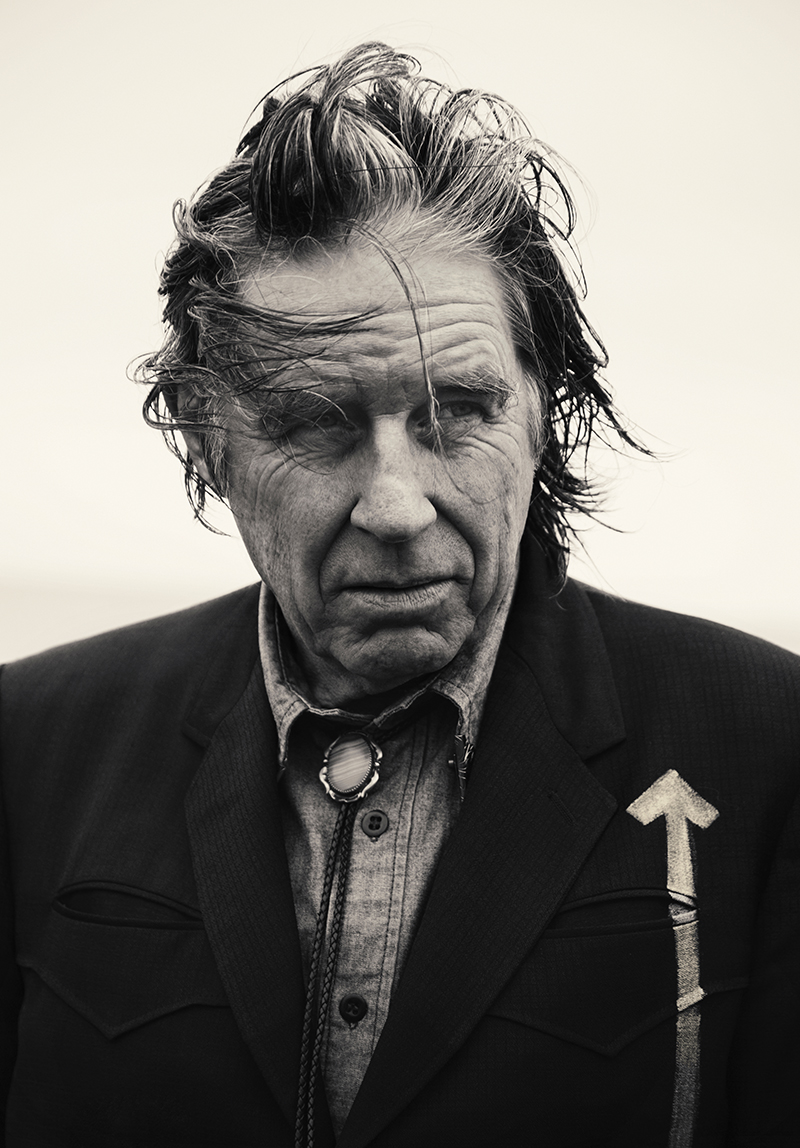 Diving Under the Big Black Sun with John Doe

Nearly 40 years ago, John Doe’s infamous band X hit the L.A. punk scene during a period that defined a pop-culture era. While London and New York saw the rise of rock stars from their respective scenes, L.A.’s own movers and shakers remained largely in the shadows—until now, on account of Doe’s new book, Under the Big Black Sun: A Personal History of L.A. Punk. Filled with the rich personal histories from participants of the L.A. punk movement, Under The Big Black Sun shares L.A.’s history with the world.

Under the Big Black Sun’s cultivation is largely thanks to Doe—who provides introductory commentary throughout the book—and Tom DeSavia, co-host of the Live from High Fidelity Podcast. “[I] didn’t really want to write a memoir or history book about punk rock because I think it’s a little pretentious for someone to say, ‘Let me tell you what happened’—unless you’re an actual historian,” Doe says. “So I had the bright idea of getting other people to help me.” Each story is told by someone who could be considered an expert on the subject due to their firsthand experience. Among the people who submitted their stories are X’s Exene Cervenka, Jane Wiedlin (The Go-Go’s) and Robert Lopez (The Zeros, El Vez). Through these tales, the enticing history of the first-wave era comes alive with each turn of the page. This thorough exploration of the ins and outs of the L.A. scene offers readers a particularly interesting look into the Canterbury Apartments, a hotbed for punk activity and community, East L.A., the emergence of hardcore, the influence of roots rock and, of course, punk as a cultural revolution. Regarding the style of submissions, Doe says, “I think everyone shot from the hip: It was pretty straightforward, and there were flourishes of crazy writing. [They aren’t] like rock writers, all wrapped up in their voice and technique of how crazy and groovy [they] can be.” A particular interest in the examination of the first wave of L.A. punk was the movement’s willingness to celebrate diversity in style and scene membership. Many who emerged onto the scene during the glam rock era had enjoyed or could even remember transformative events that had transpired in the ’60s. “I don’t know if it was more diverse than London or New York,” Doe says. “I think [L.A. punks] were all pretty welcoming. I give the glitter or glam rock scene a lot of credit for that,” says Doe. “You know David Bowie and Lou Reed and all that openly kind of gay revolution that went on in the ’70s. We were thinking, ‘Well this seems fun. Why don’t we see what this is about.’” It was with these influences that inspired the emergence of a wide variety of bands like X, The Go-Go’s, Los Lobos and The Weirdos, who would take L.A. by storm. It was bands like these who boasted creative and intellectual lyricism and appreciated cultural collaboration—something that was, according to Chicana punk Teresa Covarrubias (The Brat), was particularly notable in the East L.A. scene.

The blossoming of punk as a definitive alternative to the drags and struggles of everyday life served as an inspiration for a new generation of angst-filled youth. This next wave came out of the mundane existence of the suburbs and eagerly poured into the scene in search of new meaning. “I think there was a certain playfulness or humor that got lost,” says Doe. “The L.A. scene had a lot in common with Blondie. They understood kitsch and humor and something that [was] maybe a holdover from the ’60s or John Waters.” These new kids on the block saw a chance to take the banner of rebellion and redefine it according to their own terms. There were some obvious differences when it came to style and attitude. “I think Jack Grisham’s take on this was pretty accurate, which basically said, ‘You started this shit, and we finished it and took it to the next level.’”

Years later, the idea of punk is still very much alive. While history does not repeat itself, one can say it certainly rhymes. Still active today, Doe observes that while today’s punk movement is not the same as the first wave, there seems to be a move to go back to a more original state. “I try not to judge—No. 1,” he says. “No. 2, I think punk rock now is a different thing but still represents a lot of the same core values.” In his explanation, Doe emphasizes that today’s movement seems to move toward openness with diversity, rite of passage and freedom. “I think it’s probably gone back to a more original ideology—a little more open to diversity,” says Doe. “Anyplace that there’s people and cheap rent, that’s all you need.”

Under the Big Black Sun is available via Da Capo Press. It is well worth the read and is an essential collection that explores a punk era that was rich, interesting and above all, unapologetically honest. Doe’s newest solo album, The Westerner, is available via Thirty Tigers/Cool Rock Records.