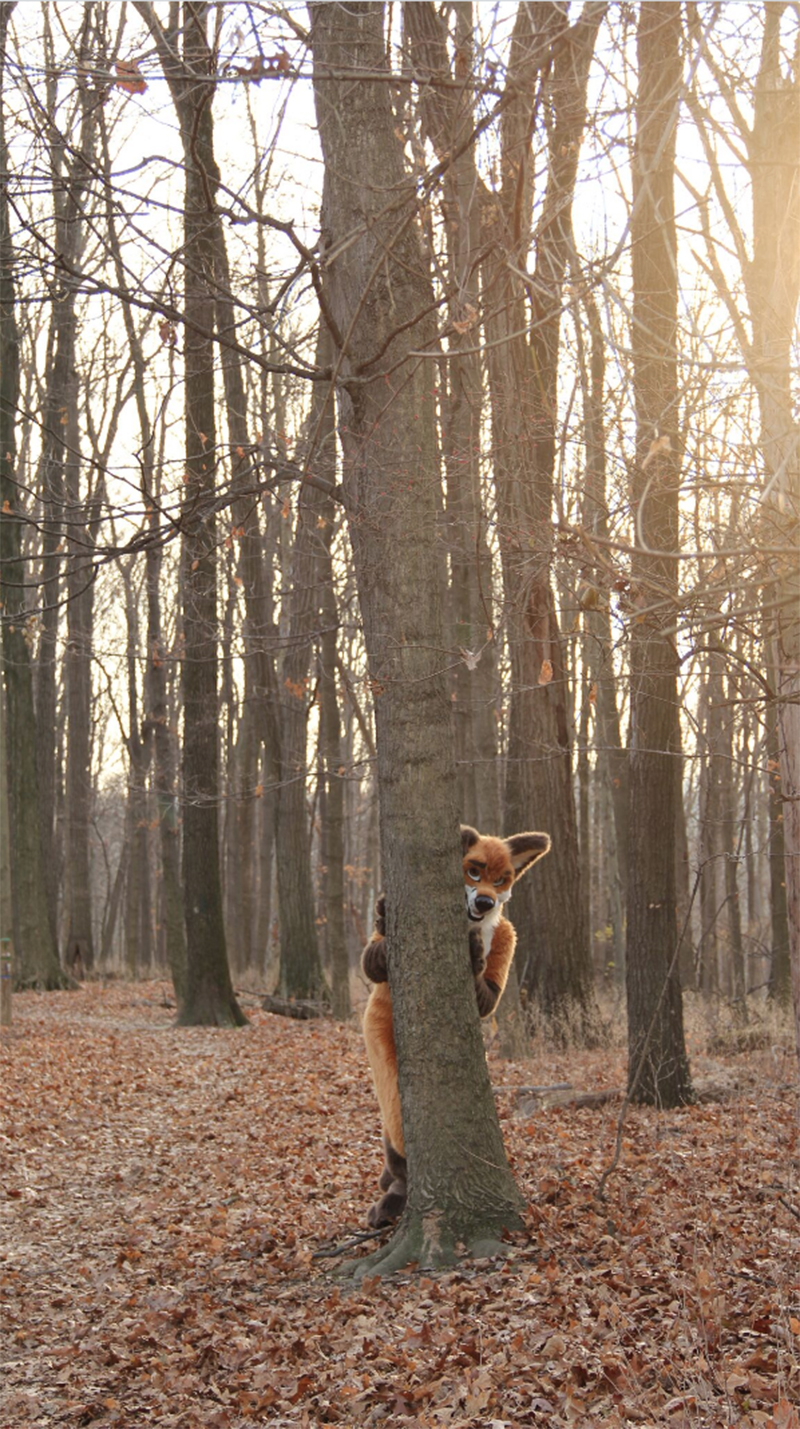 Dominic Rodriguez: The Persona Behind Fursonas

Earlier this year, an eccentric little documentary called Fursonas premiered at Salt Lake’s Slamdance Film Festival (check out SLUG’s review here). Initially, an exploration into the oft-maligned phenomena of furry fandom might sound like a good choice for the focal point of a drunken movie night with some buddies. Once you watch it, however, you realize that it’s less a story about trying to explain a fandom that is obsessed with anthropomorphic animal costumes, and more a story about people looking for and finding acceptance. For director and proud member of the furry community Dominic Rodriguez, the experience of creating Fursonas offered a chance for insight into filmmaking, challenging stereotypes and the evolving furry community.

SLUG: Let’s start by getting to know a little bit about yourself—how did you become interested in filmmaking?
Dominic Rodriguez: I’ve been interested in filmmaking for a long time—about two or three years before I was interested in furries, actually. This particular documentary started out as my senior thesis film in college, because I majored in cinema and digital art. It was a 12-minute short film, which we expanded. Anthrocon, the biggest furry convention in the world, was happening right around the time that we needed to think of an idea. I had been looking at furry artwork and furry porn since I was about 12. It wasn’t something that I shared with anyone—it was very much a private thing. My film crew didn’t know for about two years. I rationalized it, but the more I worked on the project, the more I got involved in the culture, and now I’m all the way in. I drank the Kool-Aid.

SLUG: That sounds like a cool way to discover such a big part of who you are.
Rodriguez: Organic is the word that I would apply to the whole movie. The plan was always to make something real and make something that had more to do with people than it did with furries. It took a while for me to realize that my own story was part of that, which was funny—you’d think I would have known better, but I didn’t. I thought that I could keep my objective filmmaker shoes on, but when I removed that safety net and recognize that I was making friends and forming relationships with these people, realizing that truth about myself was what I needed.

SLUG: What were you hoping to accomplish with Fursonas?
Rodriguez: The audience was for both non-furries and furries, so I just wanted something to bridge the gap. It’s been incredibly rewarding. It’s not surprising to me that people who aren’t furries are finding parallels to other communities. Lately, I’ve been more concerned with the furry reaction—they’re going to be tougher critics. So far, those furries that have seen it have gotten something out of it. I wanted the movie to start a conversation, and it’s done that.

SLUG: Why is furry fandom taken less seriously than other fandoms?
Rodriguez: Everybody has their own things that they can and can’t accept. We all have that. Furries themselves are going to say, “I’m weird, but not as weird as Boomer.” It’s all human insecurity and you can only do so much explaining. To me, it’s the most normal thing ever, but every now and again, I have to check myself and look at how fucking bizarre it looks from the outside. It’s so unsure of its identity, which is somewhere between a fetish and a charity. That’s a good thing—that’s what makes furries awesome. Also, there is no source material on it. Furries just create their own shit.

SLUG: Why do we seek that specific community that shares our interests?
Rodriguez: That’s what’s cool about furries. When you’re in it, they really are the most accepting group of people that I have encountered. You can be whatever you want, and people take it at face value. It’s strange and refreshing to have that open atmosphere. The reason why it doesn’t look like that is the fear and insecurities when the media gets involved.

SLUG: What makes people hesitant to learn about communities that they’re not comfortable with?
Rodriguez: For me, making movies is about challenging people’s worldviews, but some people don’t like that, because things need to make sense in a certain way. If you mess with that, it can throw everything off. Some people like to stay in their comfort zones. There are certain people that you’re just never going to convince. Those aren’t the kind of people that I worry about, so you can’t get too hung up on what they’re thinking about.

SLUG: What are some future projects that you have coming up?
Rodriguez: I’ve fallen in love with documentary work. I want to do more furry and non-furry documentaries. There’s still a lot happening in the furry community, and it’s cool to see it as it happens. It’s history and it’s happening and it’s so exciting.

Fursonas will be released on iTunes, cable, VOD and other digital platforms starting on May 10. For more information, check out the film’s website here.