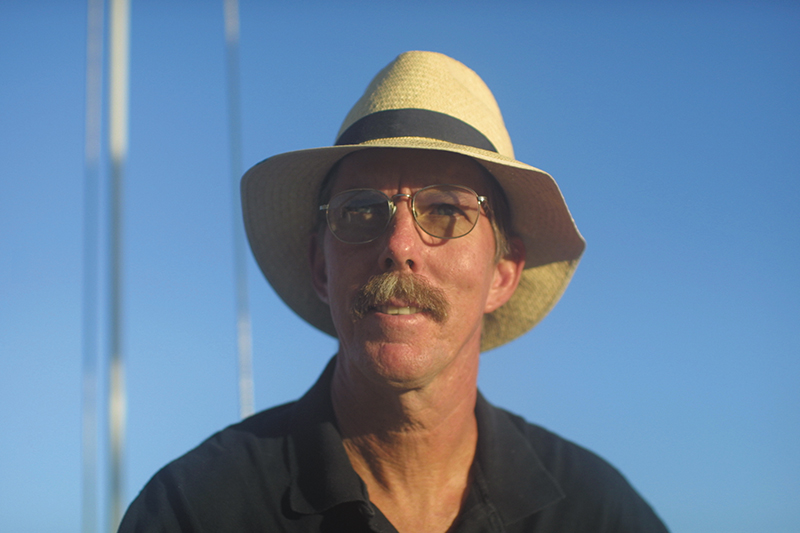 Utah has come a long way with alcohol policy. Still though, Bartenders statewide are tasked making the weekly DABC liquor order and special-requesting non-Utah Liquor Store spirits that most worldly establishments would ideally consider run-of-the-mill. The recent trend in craft cocktails has created a desire among the spirits community to source the best products. On the other side, Ed Hamilton aims to fulfill the “need and voids” of those seeking a proper cocktail experience.

Hamilton’s rums have been specially ordered and made their way into a few bars throughout Salt Lake City. His Hamilton Jamaican has become a regularly listed product in Utah liquor stores. Hamilton has a degreed in mechanical and chemical engineering, is a sailor and an expert rum connoisseur and the importer of the Hamilton Rum/Rhum Agricole brand. “I got lucky that a boss years ago told me that I was not a good employee and asked me to write down what I wanted to be doing in five years,” he says. “I wrote, ‘Go sailing.’ He says, ‘OK, now write down five things you’re going to do to make that happen.’ I wrote, ‘I quit,’ and that was my last regular job back in ’78.”

Hamilton steered a 38-foot sailboat around the Caribbean over the course of touring around 50 distilleries, becoming a published rum author, receiving a license to import alcohol in 2003, importing Rhum Agricole from Martinique in 2005 and building a label of blended products anywhere from Jamaica to Guyana. The internet and websites like Hamilton’s ministryofrum.com are filled of resources with which to familiarize oneself on the subject, and downing a few too many has probably killed some people despite being the best way to learn of many flavor profiles. Hamilton suggests “going to a bar that’s specialized [in rum] taste.” You could also find a boat, float a few islands with more rum than needed and, as Hunter S. Thompson said, “Buy the ticket, take the ride.” Hamilton adds, “This was a good way for a sailor [Hamilton] to meet a lot of people and get introduced to a lot of different rums.”

It seems uncommon for any label to be importing a premade product and finishing it in their name. Hamilton says, “The idea of owning and operating a distillery scares the hell out of me. I would be competing with people who have been doing this for a hundred years or more.” He’s hinting towards distilleries in Guyana (operating for 300 years) and Martinique. (“French” Martinique is where Rhum Agricole begins and rum blending ends.)

“Products from Martinique, there’s an AOC [Appellation d’Origine Controlée] regulation,” Hamilton says. “So the Martinique rums have a prominence as burgundy or champagne or cognac [do]. Those I would never consider messing with.” With Rhum Agricole we’re talking about youth and purity. Hamilton himself prefers to import Rhum Agricole from the family-owned Neisson Distillery in Martinique, one of his favorites. The process requires the freshest sugar cane juice, cut only hours from the fields, before it’s in the fermentation tank. Because sugar cane begins fermenting immediately after being cut, it’s difficult to resource and transport long distance. Also considering that there are yeasts in the air of the region that contribute to desired flavor profiles, Rhum Agricole is one of a kind. The distilled proof clocks in at 150 proof (75-percent alcohol), and the bottled proofs of his rhums at 50, 52.5 and 70 percent. One should expect lots of character and to be able to taste the fresh cane in its finish.

Regarding the diversity of blended rums and regions, Hamilton explains, “Every island’s rums are different. There are similarities, like Trinidad rums: The distillate is very similar to what’s found in Puerto Rico [the lightest in the region]. Although, once it’s distilled in Trinidad with angostura, they do all kinds of different things to it.” For instance, Trinidad has higher sulfur content in molasses, and after distillation, is aged in bourbon whiskey barrels. “[The] Virgin Islands has a few more congeners, a little different aging, but then you get into the French islands. They’re made from sugar cane juice, as opposed to molasses, so that’s a very different spirit.“

Hamilton mentioned his current drink of choice and, ironically, where to find it: “I was in Salt Lake City a few months ago, and I was shocked that a young man made some of the best ’ti punches I’ve ever had.” The bar in question is none other than craft bar Water Witch (163 W. 900 S.), exclusively featuring a wide array of the Hamilton line. If you’re looking to expand your rum horizons anytime soon, bellying up to bartender Scott Gardner’s well and letting him talk your ear off is a worthwhile evening in this city.

Editor’s Note: Due to some inaccuracies, the following changes have been made: