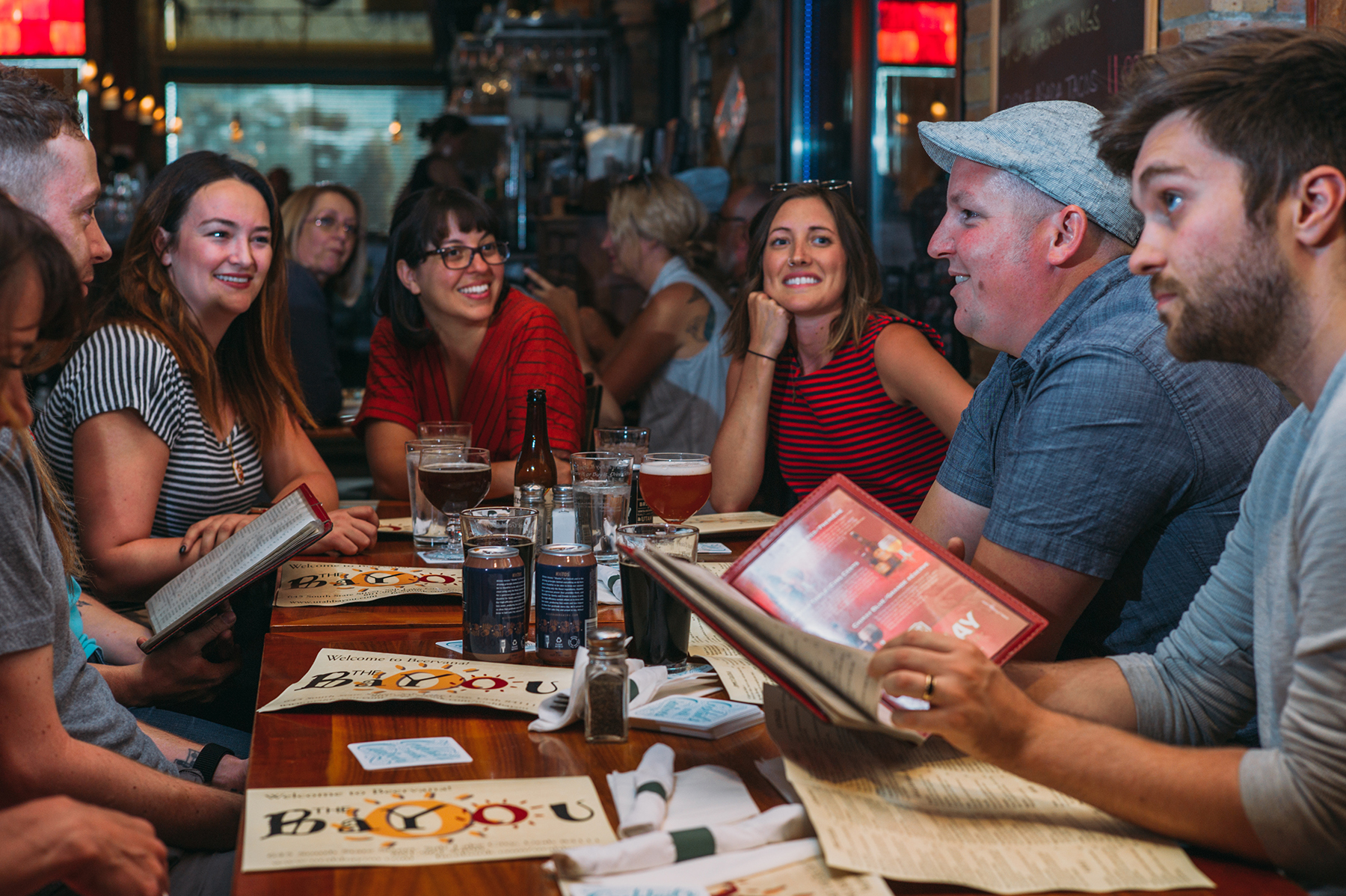 Feeling Creative? Go Out For a Cocktail

Design is all around us. Some of it is loud—a lot of it is subtle, whether it be the way a building is framed within the skyline from a particular point of view to the brightly colored, often contrasting signs promoting incumbents and their challengers each fall. It is also by design that a group of originators belonging to the Salt Lake Chapter of AIGA decided to bring as many people with a knack for or an interest in design together regularly. Cocktails with Creatives is a free, monthly networking event for anyone wanting to come out and meet other people who are involved in some type of design. The event takes place every third Thursday of the month. In Sept, the group, led by AIGA’s Vice President of Programming, Jim Killian, will be meeting at The Bayou on the 20th at 7p.m. The following Cocktails for Creatives will be on Oct 5 and Nov 15. Killian hopes anyone wanting to meet like-minded creatives to attend.

“It’s not just for designers but other creatives, too, people who like creative stuff,” Killian said “So if people are interested at all, if they want to hang out with creative people, they should just show up.” Five years ago, members of the AIGA’s board realized that there were a lot of different types of creativity in Salt Lake Valley and decided that a support system for people so inclined was a good idea. After some planning and discussion, the notion of gathering monthly to find common ground took shape and the event was launched. “You know, people are constantly moving here for jobs, and the only thing they know is AIGA because there was an AIGA where they’re coming from,” Killian says.

Killian, who has been a member of AIGA for 12 years and has served in various capacities on the board, has been handling Cocktails with Creatives for about a year and loves that the event always brings fresh faces into the design folds of Salt Lake City. Each month, 20–40 people attend the event, many of whom have never been, whether they are new to the design game entirely or someone with years of experience just getting involved. “You think Salt Lake’s a pretty small town for designers, but every time we go, there are a lot of new people,” Killian says.

Design is not limited to the things most people associate it with, either. According to Killian, one can find landscape designers, architects, fashion designers or illustrators among the monthly crowd. There are people there representing large corporations as well as small-business owners, and people at every level of experience imaginable. Many of the introductory handshakes at Cocktails with Creatives lead to partnerships or future collaborations.

“For me, personally, I run my own business and I meet people all the time and we end up working together on a project. It’s invaluable,” Killian says.

AIGA is also heavily involved with Salt Lake Design Week, which has been taking place Oct 1–5 this year. Design Week is in its eighth year and has consistently shown growth since the beginning. It was started by AIGA’s board, and many of the charter’s members volunteer and facilitate activities each year. The week consists of workshops, nightly meetups, phenomenal guest speakers and a fashion show. There is truly something for everyone—so many interests and mediums are represented that anyone can get something of value by taking part in some of the events planned.

“There is a fashion show where all of the dresses are created from architectural materials. There’s dresses made of wood, it’s crazy,” Killian says. “Most of these events are pretty interesting to most people.”

Design Week is like a large-scale version of Cocktails with Creatives, in that it serves to enlighten and inspire anybody who attends. It’s a time of year when people can receive feedback on what they are working on, or catch the spark needed to ignite the beginning of something new.

“It’s hard working in a creative field, it’s really easy to get burned out,” Killian says. “Design Week is a good way to get inspiration, to see what other people are doing, or get fired up about what you’re doing.”

Design Week is coming and a great way to get stoked up is Cocktails for Creatives. According to Killian, the best way people can get involved in a particular area is to get out and meet other people who are doing things that appeal to them. AIGA’s monthly gathering is a great place for such meetings, as well as any of the events going on during Design Week. If you are interested in design, check this stuff out—you may get a lot more out of it than expected, without doing much more than participating in a conversation.

“Design is everywhere, but when it’s good, you don’t really notice it,” Killian says. “Come to Design Week just to see what it is all about.” You can learn more about AIGA through their website saltlakecity.aiga.org.