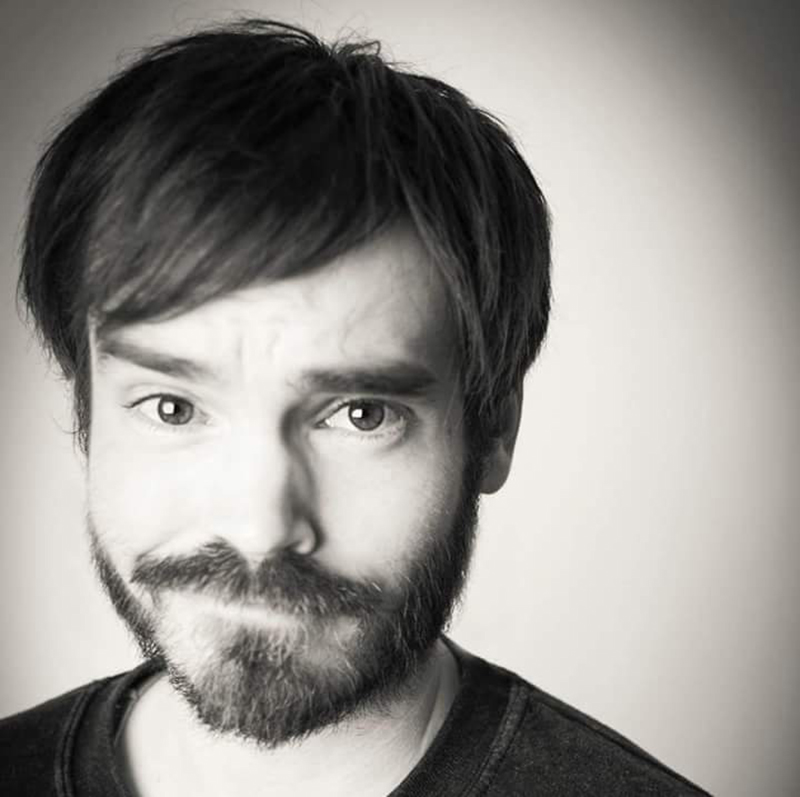 Free Kittens is a comedy show as random as its name—and just as sure to fill you with as much glee as a basket full of free kittens. The bad news is that, currently, no kittens are actually involved. The good news is that this is a completely free (21-and-over) show that is put on once a month at The Urban Lounge featuring some of the best stand-up comics on the Utah comedy scene hosted by the one and only Jason Harvey.

Harvey is hosting not only this new monthly show but also the weekly Comedy Open Mic Mondays at the Ice Haus in Murray.  You might also recognize Harvey from his other randomly named comedy show: the long running Comedy and Other Opinions. As he puts it, his ADD keeps him pretty busy. “I used to do Comedy and Other Opinions,” he says, “where there was a set and then there were questions afterwards. I like doing things that aren’t just like, ‘Well, here’s your next comic.’ It kind of changes things up a little.” With Free Kittens the element that is different is the cards the comedians will draw subject matter from. Harvey says: “Comics come up onstage and immediately draw three cards, which are the suggestions from the audience that night or the internet on Facebook.”  So, they aren’t actual “free” kittens, per se, but they can be completely random. “The cards just say ‘free kittens,’ and I hold them out, and they can only see the backs of them, and on the other side are the suggestions.”

The show’s element of surprise blends live stand-up comedy with a heavy dash of improv. It is a one-of-a-kind experience, even for diehard local comedy fans who have seen his guests many times. “Then, if you want to go see them later on,” Harvey says, “you’re still seeing something different from that comic. If you’ve seen this comic before, you can come and see them again at this show because they are going to have an odd challenge where they have to either write a new joke about this thing or incorporate something into their older material.”

Why Harvey gravitates toward such unconventional styles for his shows is actually pretty simple: “I think it’s all a big part of having ADD,” He says. “It’s how a lot of the time I write jokes.” Essentially, the audience gets to step into the thought process of a comic, with entertaining results. “If something’s not working in a joke, I can’t help stop tinkering with it,” Harvey says. “I might just hear a weird statement or something, and I’m like, ‘Oh shit, I can put that in my joke!’ So having to have a comic do it right then, it’s just funny to watch them out of their element a little bit. It’s forcing them to have to write onstage in front of an audience, and it takes them out of their comfort zone.” It’s all by design, and anything goes—or as he puts it, “It’s almost like you get to see the inner workings of comics’ brains—like, how will they incorporate this thing into their jokes. You get to see basically the gears in their brain turning a little bit to see where this goes.” No actual comics were harmed in the making of this content, though. From seasoned veterans of the stage to newcomers, Harvey explains why he brings on the local comics that he has on the show: because they are all strong enough to handle the pressure. “On the last show, I had Nicholas Smith, Natashia Mower and Christopher Stephenson.” With the inaugural show, he wanted to make sure that he knew how their minds functioned, so he chose people he had worked with over the years extensively. “On this next show, I have Amerah Ames, Tanner Nicholson, Aaron Orlovitz and Levi Rounds.”  Rounds is one of the most seasoned comics in Salt Lake, and as Harvey puts it, “He’s just a fun guy to watch do comedy,” he says. “He’s someone that always tinkers and reworks things and does stuff like that. It’s going to be fun to watch someone who’s been doing comedy for a long time tinker with this new format of a show, where Amerah and Tanner are both newer to the scene.” With four comics of varying styles and experience, there is going to be a little something for everyone in the balance. “The flow of the show will be good,” says Harvey. “They are all very different but still all have themes similar enough, but at the same time, they are all different enough that it’ll be a good show. It doesn’t feel like you’re watching the same person do comedy.”

Harvey is always switching it up a little bit from show to show. “On this next show, I think I’m going to have people send me song lyrics. Just give me a line from a song, and I’ll try to see if they can somehow seamlessly incorporate that without them singing the song, or having the song be part of the punch line.” He’s had some previous moments that worked because they were so randomly unique. “On the last show, Jonny Brandin came on as Juan Knudsen.” Brandin’s onstage character started out as him in costume, doing other comic Tommy Milagro’s jokes about his mixed heritage. “Now, when he does Juan Knudsen, he does other people’s jokes from that night, just a little bit different.” The audience may not be in on the joke at first. Harvey announced him as “someone who just performed for the queen” and “an international comedy superstar.” And then at that point, “He redid Natashia’s set for five minutes. It was pretty funny.”

This is not the first time that he’s played with these themes onstage. Harvey loves the element of confusion and then the realization that comes with it. “It’s almost like a joke on the audience until they are in on it,” he says. This is similar to his “comic interruptions” that he used within the workings of Comedy and Other Opinions. “I’ve had Aaron Orlovitz try to get people to boo me one time onstage. It’s just really funny to try to see what I can do with some random audience interruption where it kind of brings the audience into the show, and I think it’s something I want to try to incorporate into it even more with Free Kittens.” Whether he’s implementing an improv gag, audience interruptions, or even the potential of T-shirt cannon giveaways, “It’s something funny that’s just a lot of fun and makes it worth coming out,” he says.

Free Kittens is a show designed to be experienced live for a reason. “You can watch stand-up on YouTube,” he says. “You can see stand-up on Netflix.” Between online content, specialized channels and now apps that can feed comedy directly to the fan, there is no shortage of where to consume stand-up these days. Harvey says, “You can see so much comedy without leaving the house now. My whole idea with the show is writing it for the audience. The comics have written their material that they’ve taken from their lives, and they are creating it for that audience. So I think the show should also be for that audience.” It’s not what one would normally see in a live stand-up show but more akin to the leaked online viral videos of moments that can only happen candidly, like comic meltdowns and drunken hecklers- but with more purpose. “I’ve had so many drunk people just ruin shows because I let them; because I was focused on them being loud and annoying instead of just being more present in the moment. I sometimes get too much into formula.” This is why Harvey makes his comics break that formula and stay on their toes. “That’s what’s amazing about a live thing: You have to adapt—any live performance, because you don’t know if Lincoln’s going to get shot in the back of the head, you know? Anything can happen, unlike when you’re watching something on TV. When you’re seeing it live, you could watch someone have a full meltdown.” No meltdowns guaranteed, but the rest is to be determined.

Harvey’s goal is to offer a night of pure escapism and fun. “It’s a free show, and it’s early enough in the night,” he says. “It starts at 7. Doors open at 6 p.m. We’re done by 8:30. Come and have a few drinks—get a few laughs in.” The chance to see and support local comedy at a great local bar is something very needed right now in our divided climate. “It’s nice to see people out and being communal—where people have a sense of pride in their community and we are going to take power in our own hands and have our voices be heard.” Harvey says that there’s nothing to lose— “It’s the beginning of the weekend, who wouldn’t want to start their night off with being able to come to a good comedy show that’s free, when there’s no cover at the door? That’s at least another beer inside. So come get your drink on.” Anything could happen, as the show is completely unrated and almost completely unscripted. So, if you are tired of the same thing on the news and on your Facebook feed is bringing you down, “come watch someone,” Harvey says. “Let them give you that moment of laughter. It’s a good escape, it’s free, and there’s drinks. Get out of your house and come laugh.”