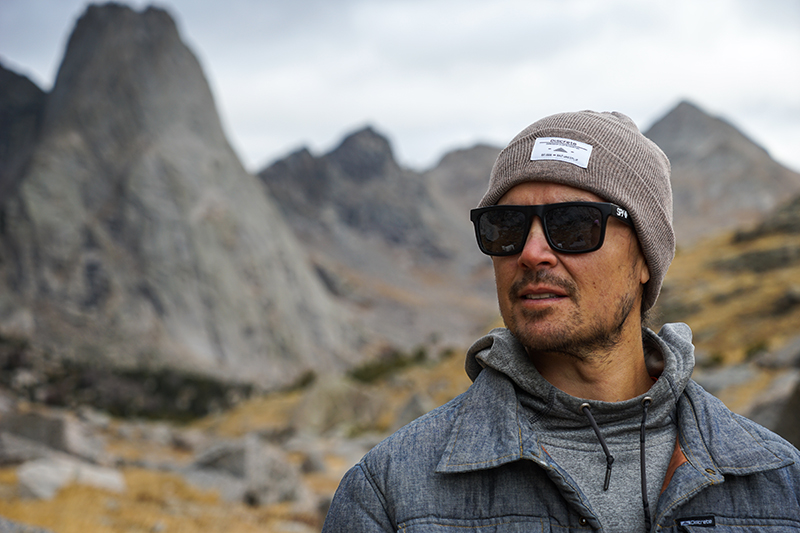 Get Up High: The Discrete Peak Series

Big mountain ripper and Discrete Clothing CEO Julian Carr has engineered a footrace for optimal enjoyment of our high alpine playground here in Utah. “The Peak Series is about hiking up a mountain as fast as you can, coming back down and having a beer with friends,” Carr says. The second year of the Peak Series will feature stops at Deer Valley on June 25, Alta on July 16 and the final stop at Snowbird on Aug. 28. After experiencing strong turnout for the inaugural season of the series, Carr is excited about bringing more people to the mountains this year.
Community is the basis for thi s series. The Peak Series was born to fill a substantial gap in the spectrum of summertime mountain-culture events. While other mountain-based foot races are centered around the completion of man-made obstacles, Carr is firmly committed to the very natural thrill of topping out an impressive mountain: “For me, you can’t fake the funk with bagging a peak,” he says. “The series is summit-oriented.” While it is an incredibly simple concept, the idea of getting to the top has driven explorers and enthusiasts since the beginning of recorded time: Carr believes that everyone can partake in this basic and gratifying physical task.

This year, the Peak Series will feature three stops in the heart of Utah ski country. The first stop, held on June 25, will take place at Deer Valley, and the race will cover just over nine miles and 2,260 vertical feet of ascension. Along the way, competitors will be treated to views of the Uintas. This is the “mellower” race of the series, so it would make great sense to jump in right at the first stop, especially for all racers who are new to crushing big hikes.

The second stop, on July 16, is held at Alta and sees competitors clamboring 2,545 vert over the course of seven miles, so it will be slightly more strenuous than the Deer Valley stop. The race route threads together the most breathtaking aspects of Utah’s most storied ski resort. As a bonus: Racers will likely get to view the beginning of Alta’s wildflower season

The third, final and most demanding race of the series lands at Snowbird on Aug. 28. Participants will battle 3,600 vertical feet over nine miles of extra-rugged terrain. The route will bring racers over Mt. Baldy and back through the mountain via the Peruvian tunnel. Last year, some rain and lightening spiced up this race, so competi tors should anticipate multiple weather situations. “The rain at Snowbird on Year One actually made for a very enjoyable temperature and running surface,” Carr says of the mild weather. On the strenuous nature of the Snowbird stop, he says, “I am interested in getting my ass kicked for two hours and coming back down to hang out with my friends.”

Each race offers three categories of competition for men and women: Sport (Novice), Expert and Pro. Cash/prize pay-out is equal per race for the men’s and women’s field as Discrete and all associated sponsors feel strongly about equal work begatting equal pay-out. Sub-pro categories will be showered with awesome prize packages valued similarly to the pro payout structure. Additionally, there are overall series payouts and prize packages.

“For me, just competing and getting up there is the fun part,” says Carr, “but there are insane prizes for competitors as well.” Prizes aren’t just for winners! In an unorthodox award, Probar is putting up a generous nutrition package for the racer finishing at the absolute middle of the pack in each race. “There are insane prizes,” says Carr, for the fastest man and woman to the top of the mountain (The Peak Freak award by GoPro),  and a prize for the fastest man and woman down the hill from Under Armour.

Get Up High: The Discrete Peak Series
Page 2>>>