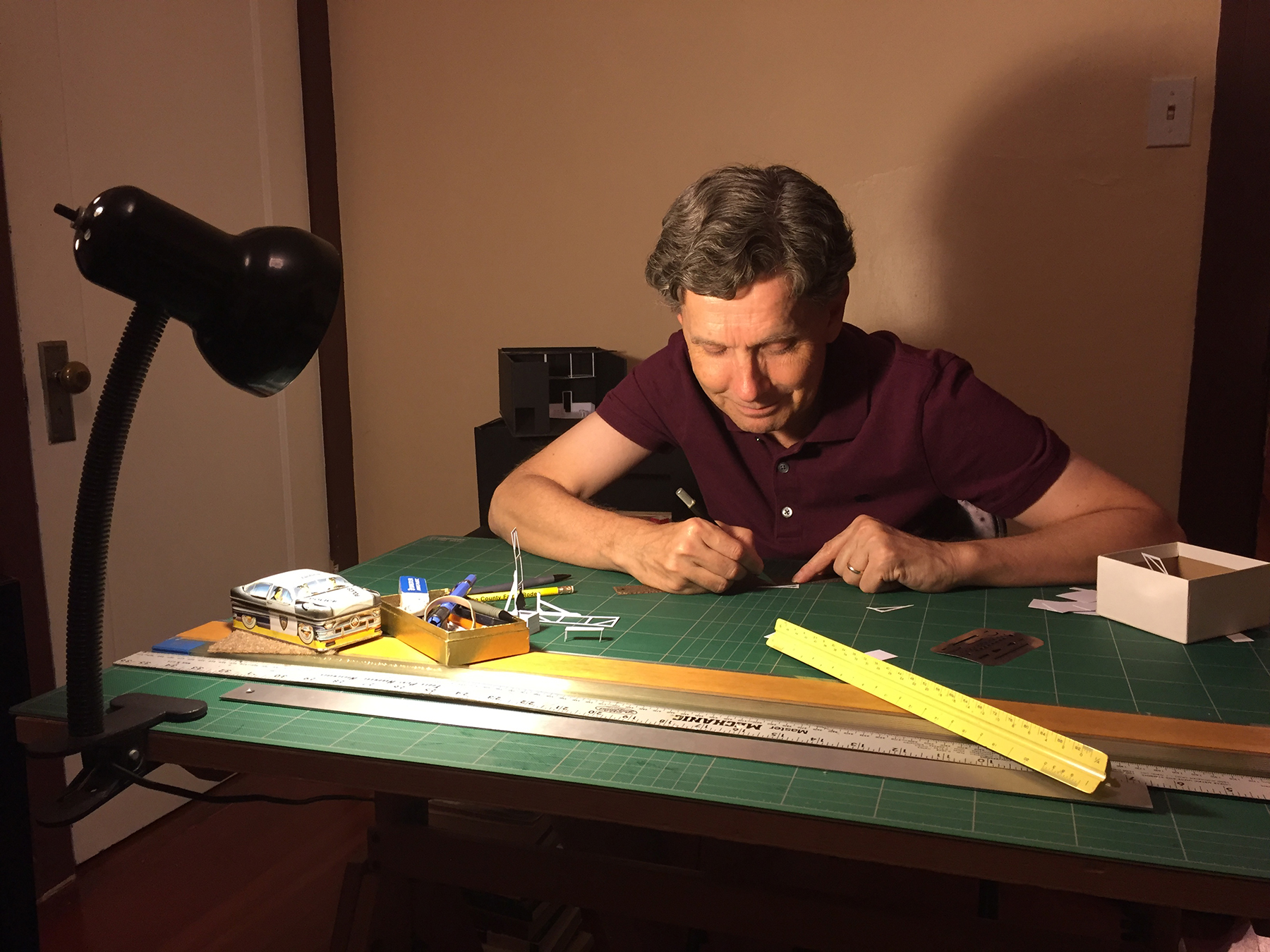 Good Standing: Designing a Native Story of Faith and Love

This October, Plan-B Theater will debut a moving one-man performance of the trials and tribulations of queer identity and Mormon faith. Matthew Greene’s Good Standing is a creative take on the traditional, single-performer method with an unusual set design, intensely personal character portrayal and a story with roots that run deep for its collaborators and community. Set designer Keven Myhre, actor Austin Archer and Greene herald Good Standing as a play with multidimensional storytelling.

The play sets a singular actor—Salt Lake City local, Archer—into Myhre’s adept stagecraft. Archer plays Curtis Browne, narrator and protagonist navigating a disciplinary hearing for Temple membership. Austin says, “He’s being considered for ex-communication because of his marriage to another man. I play Curtis and all of the members of the disciplinary council. I love stretching my range and seeing where its limits are.”

The play’s origin came from the struggles of its storyteller, Matthew Greene. During his time at BYU and amid the rancor of Proposition 8, Greene penned Adam & Steve and The Empty Sea, a tale of struggle between two friends navigating Mormon and gay issues. After debuting with Plan B—and catalyzing some academic and emotional turmoil—Greene acknowledged that the tale he was telling was his own. Good Standing is Greene’s post-revolution perspective on his internal battle through the filter of dramaturgy. “This play could really give audience members an opportunity to examine the influences that unite and divide us along lines of faith, family, tribe and orthodoxy.The central problem is universal: How do we fare in our quest for connection?” Greene says. His consideration of his characters and audience shines through in the deep well of contemplation that he has imparted to the impact of the piece. “Good Standing is definitely the most autobiographical play I’ve ever written. I grew up as a gay Mormon and struggled to fit into a community that, ultimately, I came to believe didn’t have a place for me. I was the proverbial square peg desperately trying to fit into a round hole and damaging myself in the process. The main character’s story is a lot like mine … His struggles are the same ones that plague me and my now-distant relationship with the Mormon church. Curtis knows, as do I, that he is a product of this community, that he’ll never be able to disconnect, but that he’ll never feel fully at home among the men who now sit in judgment,” Greene says.

Archer’s connection to the story, much like its playwright, is direct and personal. “I was raised LDS,” he says “I’m no longer practicing, and I haven’t been for years, but I absolutely relate to Curtis. I also relate to many of the characters on the council. I was raised by these men … They were my role models. I feel intimately familiar with them.” That familiarity is something Archer hopes to translate lucidly to Good Standing’s audience. “I hope they feel compassion—not just for Curtis, but for everyone involved in this strange, difficult ritual.” Archer is duly grateful for the opportunity to bring Good Standing’s nuanced human realities to life, as he has been for his numerous roles thus far. “I’ve been fortunate enough to try on a lot of different people’s shoes in my young life. I’ve been forced to empathize with people whose ethics or morals vary wildly from my own. These things definitely stick, but not in a haunting way. In a good way. They serve to make me a more empathetic person.”

In addition to his work with Plan B, set designer Myhre holds a full-time position as Operations Director for Utah Presents through the University of Utah. “Over the years, I have worn just about every proverbial theatrical hat. There were even three times I appeared onstage as an actor … I’d rather operate the spotlight than be in it!” Creating that “spotlight” is a signature of Myhre, who brings his own flare to the process. “I like to keep things simple, providing just enough to suggest a setting or situation to the audience and then let their imaginations fill in the rest. I use chairs to represent the imbalance or injustice inherent to any conflict between an individual and organized religion.” More concretely, the chairs function as reference points to the characters portrayed in the plot. It’s an “incomplete setting that becomes whole as the story is completed,” Myhre says. The simplicity of the staging of Good Standing poses some creative challenges as well, including, as Myhre says, “making sure my designs don’t steal focus from the story or the lone actor on stage telling it.” As for other venues where Myhre’s creative gifts will grace the stage over the coming season, Myhre notes his ongoing role with Utah Presents. “We have a really great 2018–19 season including Taylor Mac: A 24-decade History of Popular Music (Abridged), Bassem Youssef: The Joke is Mightier than the Sword and The Story of Everything by Kealoha. I’m also looking forward to Plan B‘s production of Elaine Jarvik‘s play, An Evening with Two Awful Men!”

Good Standing comes at a culturally charged time for many Utahns navigating faith and LGBTQ+ issues. Myhre says, “In our current societal climate, I’m quite certain audiences will be able to relate to the themes of religion influencing familial relationships.” Good Standing will run from Oct. 18–28 with Plan-B Theater Company. Visit planbtheatre.org/goodstanding for tickets and information.