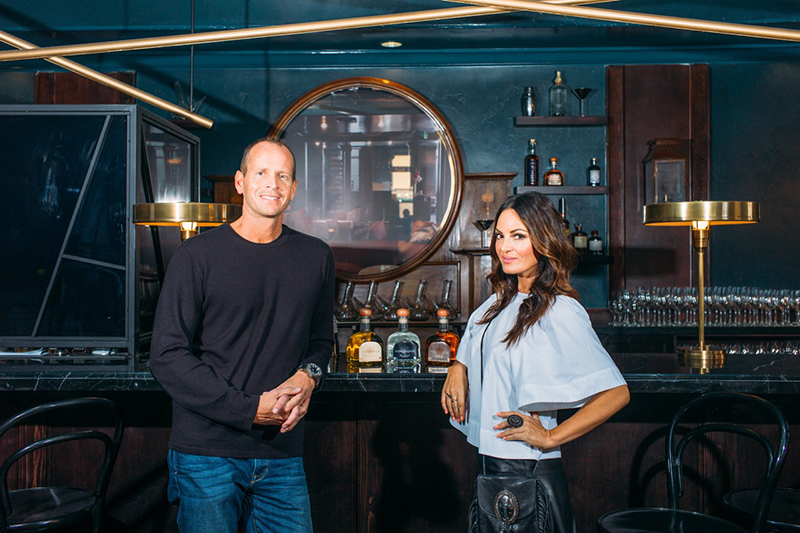 John and Lisa Barlow form an unlikely business partnership. He is a sturdy athletic type, soft-spoken and considerate. She is talkative, personable and usually adorned in haute couture. In 2003, they combined their talents and began to work on what would be the first tequila brand to launch in Utah: Vida Tequila.

According to Mexican law, tequila may only be produced within the state of Jalisco and a few other municipalities throughout Mexico. Lifelong and extremely experienced jimadores harvest and care for the agave. “There are people who are like, ‘Let’s make tequila in the U.S.,’ but there is a reason it is made in Mexico,” says Lisa. Far from a drink one could ferment in a bathtub, Vida (“Life” in español) Tequila is crafted from agave grown in the highlands of Mexico, giving it a different flavor from those grown at lower elevation. “The soil our plant is grown in is volcanic soil,” Lisa says. “It’s perfect for growing the agave plants. Where we are growing in Mexico, our plants get a lot of rain and a lot of sun.”

Vida Tequila offers three distinct styles of tequila: Blanco, which is bottled immediately after distillation, Añejo, which is aged in French Oak barrels for 24 months, and Reposado, which is aged in American White Oak Barrels for six months. Each one tastes different, and Lisa has a method of identifying which one people should try first. “I usually ask people what they drink,” says Lisa. “If they tend to go to a vodka or a gin, I definitely start them on our Blanco, because they are going to get a lot of those citrus notes they are used to in a vodka or a gin. If they say they only drink bourbon, I know that we will probably win them over by introducing them to our reposado or añejo, and if they are diehard whiskey drinkers, I say go right for the añejo.”

The Barlows seek to change the perception many people have of tequila, especially those who may have tried a poor-quality product in the past. “I think [that there’s] one thing people really need to understand: When you’re drinking a tequila like ours, it is like a champagne, or a fine wine or cognac,” says Lisa. “The barrels we’re using are expensive. With the American white oak [barrels], you’re going to notice hints of white pepper, very creamy undertones—a lot of vanilla. We add nothing or take anything away.” Part of their quest to educate the public about tequila includes suggesting uses for it unknown to people who may have only seen tequila being taken in the form of shots in college. “Most people will pour a glass of wine and let it open up before drinking it,” says John. “It is the same thing with tequila. If you put a cube of ice in the añejo, it is going to taste different than if you just have it neat or put a drop of water in it.”

The Barlows both play different roles within the company. Lisa has a marketing background, and she has taken it upon herself to make sure that Vida doesn’t go unnoticed in the highly competitive world of spirits. In 2007, they boasted a large presence at the Sundance Film Festival, which, by her own admission, worked a little too well. After the marketing blitz, they learned, “Great, we are on everybody’s radar, but we got on the radar of people who are like, ‘Wait a minute, let’s stop that brand from growing, so we became kind of a target,” says Lisa. “I’m like, ‘Off with the fur coat—let’s just go grassroots and really build a solid brand.’” John handles the business in Mexico—the importing—as well as ensuring that their product is of consistent quality.

When spending any amount of time with the Barlows, their enthusiasm is apparent. It is easy to see how they managed to summon the bravery to start a tequila brand out of a state known for its draconian liquor laws. Just before we spoke, Lisa had gotten a call from the state powers that be, telling her that their shelf talkers—a small card that tells consumers about the product—had been taken down for violating state liquor store rules. One can only imagine how difficult it is to market a product with the state seemingly fighting it at every turn.

Vida Tequila is high-end, which is made immediately clear when you see their tequila sitting in a clean, white box on the top shelf and costing between $50 and $60. Although Lisa acknowledges this and thinks their product is top-notch, she doesn’t want Vida to be thought of as snobbish or a luxury. “I want to point out [that Vida] is for everybody,” says Lisa. “Whether you buy one bottle of Vida for the year, or you can afford to buy one bottle a week, it’s something that everybody deserves. They deserve to have something that’s completely elegant, beautiful and sophisticated. Everybody deserves something good.”