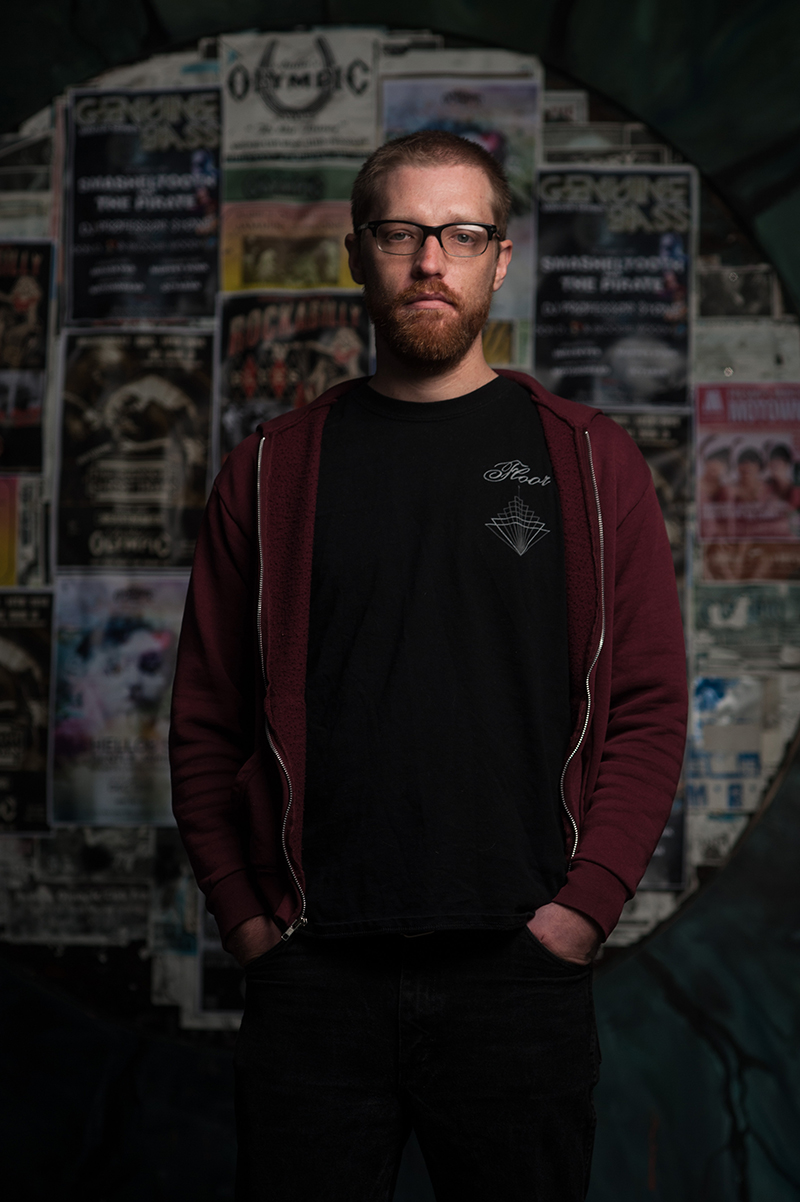 J.J. Anselmi has found the shady side of Wyoming—in fact, he grew up in it. Teacher, musician and writer, Anselmi has seen a lot and done just as much. In his first full-length work, Heavy: A Memoir of Wyoming, BMX, Drugs, and Heavy Fucking Music released through Barnacle Books and Rare Bird Books, Anselmi discusses himself and, well … a lot. Maybe it’s best to let him tell you:

SLUG: For those who haven’t read Heavy, can you briefly recount your background story?
J.J. Anselmi: So I grew up in a small town in southwest Wyoming. It’s about three hours away from Salt Lake City, called Rock Springs. It’s a boom town, and like a lot of boom towns, there’s a lot of addiction and a gnarly underbelly. Growing up there, for me and my buddies, our way of rebelling was being straightedge. My dad was an addict and my buddies’ dads were alcoholics, and instead of following the path of our dads or partying like our peers, we got obsessed with BMX. We basically spent our adolescence riding BMX and listening to metal [music]. When I turned 21, I had the stereotypical straightedge kid experience: I decided to get fucked up, and fitting my personality of extremes, I decided to keep getting wasted. Booze quickly turned into smoking weed constantly, and then eventually I was tripping on psychedelics. I dropped out of college and moved to Austin [Texas] with a shitty band, and we lived in a weird hippy musicians’ co-op for awhile. I became really paranoid while living in that place—I was doing a lot of LSD. I ended up moving back to my own town. And that really covers the arch of Heavy, in a broad sense. Then throughout the narrative, there is peppered [my thoughts] on heavy metal—Black Sabbath, Pantera, Slayer, Metallica and others. The final part of the book is me trying to craft a more meaningful identity out of all those aspects of my past—and getting sober. It is not an addiction narrative, but more of a narrative where I try to find an identity that I can carry into my adult years. SLUG: Heavy, in many ways, aims to cover such a broad spectrum of events in your life. Why write Heavy now?
Anselmi: I started writing it eight or nine years ago. When I got sober, I felt that I needed to reflect and try to examine my life. I wasn’t entirely aware of my motivations or drives that led me to where I was, so writing Heavy was a natural way to examine that stuff. Heavy was this story that I had in the back of my head that I had to tell, but I had to learn how to write first and go through school before I could write it.

SLUG: You mention many musicians, BMX riders, family members and friends in your memoir, yet don’t mention authors or specific works. What led you to writing?
Anselmi: When I was in my early 20s, I was slowly getting more and more into music and moving away from BMX. I ended up dealing with this void in my life because BMX was such a big part of my adolescence and still such a big part of my personality—one of my morning routines is watching BMX videos, just trying to keep up with the BMX world, to see whats happening. In searching for different things, certain pieces started to fit together, and I started reading more. I got really into Hunter S. Thompson. Fear and Loathing in Las Vegas and Hell’s Angels were definitely two huge works that showed me a different way of thinking about true events. Thompson got me really interested into what you could do with a true story. I also got really into Barry Hannah, who is this insane Southern writer. Then, later, Joan Didion. She has an abrasiveness to her logic—looking at the truth no matter how difficult or scathing it can be. These authors showed me an avenue that made a lot of sense to follow.

SLUG: In the first chapter, you address dealing with the death of one of your father’s closest friends. How did this alter or create your ideas of life and death?
Anselmi: My dad’s best friend, who was a pretty hard partier, shot himself with a shotgun when I was nine. In Rock Springs, and Wyoming as a whole, there is a really high suicide rate. I feel that with those experiences and constantly hearing about suicide with the people I knew directly or indirectly, [death] became a constant presence; it still feels like that. That experience taught me, from a really young age, that everything is a choice. That’s one of the big things in Heavy: Do I want to live, or do I want to die? I realized that it is a choice you can make.

SLUG: In the beginning of the memoir, you embrace a straightedge lifestyle. Was this motivated more by your father, an avid weed smoker, or more by your peers?
Anselmi: It was both, but definitely more motivated by my dad’s addiction. From a young age, my dad developed a drug problem and sometimes a drinking problem. He is also mentally ill, in some ways, and used drugs to cope. His self-medication really intensified his mood swings, and it might have helped his depression at certain times, but it definitely took its toll on my family and me. I also watched my best friends go through similar experiences. We were watching our peers rebel in junior high and in high school by getting wasted, and to me, it didn’t seem like rebellion at all. Partying, to me, was an act of conforming. The best response I had to all that was to be completely sober and straightedge.