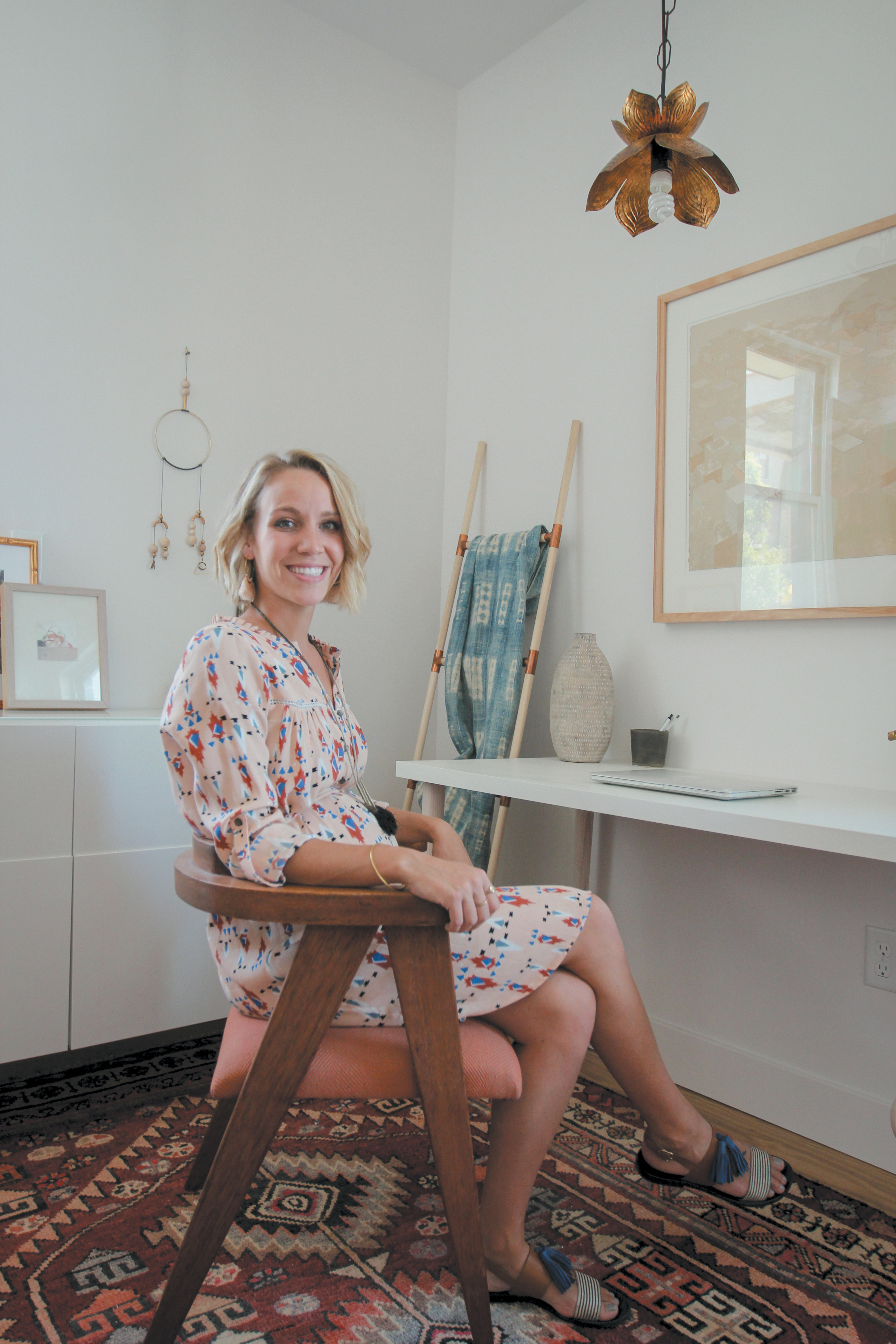 I’ve seen those beautiful pictures of rooms and houses and shelves on Tumblr and Pinterest, speaking to a California bohemian lifestyle, where every day is an endless adventure of sunrises and sunsets and mimosas on roofs. And every single time, I want to run away from Utah and meet my better, more carefree California self. After discovering Loom + Kiln, I packed my bags and began hitchhiking—or at least became much more serious about the idea.

Started in 2015, Loom + Kiln is the brainchild of the whimsical, bohemian and aesthetically minded Hannah Leonard. Attending BYU for her undergrad, Leonard worked mainly in painting, until, while later attending Portland Community College, she discovered a hidden talent and love for curating. “[My time at PCC] provided enough training to make me realize that interior design is where my heart is,” says Leonard. “It is about figuring out your strengths and what you really enjoy.”

items to vintage Morrocan wedding blankets and poofs (think ottomans) to highly flourished Indian mirrors to American- and Canadian-made paintings and ceramic fixtures, put together in a clean, distinct and contemporary manner, “It is about incorporating new designs with vintage character,” she says.

This is Leonard’s first year at Craft Lake City’s DIY Festival, and she is brimming with excitement, not only to introduce Loom + Kiln to the Salt Lake public but  also to see the many other featured artisans. “I think there is a lot of talent, and Craft Lake City’s DIY Fest is a great place to showcase that talent,” says Leonard. She says that the DIY Fest reminds her of similar festivals back home in Portland, which emphasize the importance of supporting local businesses and creatives. “[These festivals] are about allowing the people around you, in your community, in your neighborhood, to live their dreams.”

Loom + Kiln, a dream-turned-reality for Leonard and sweet nectar for my California dreamin’, can be found at this year’s DIY Fest, at loomandkiln.com and on Instagram @loomandkiln.