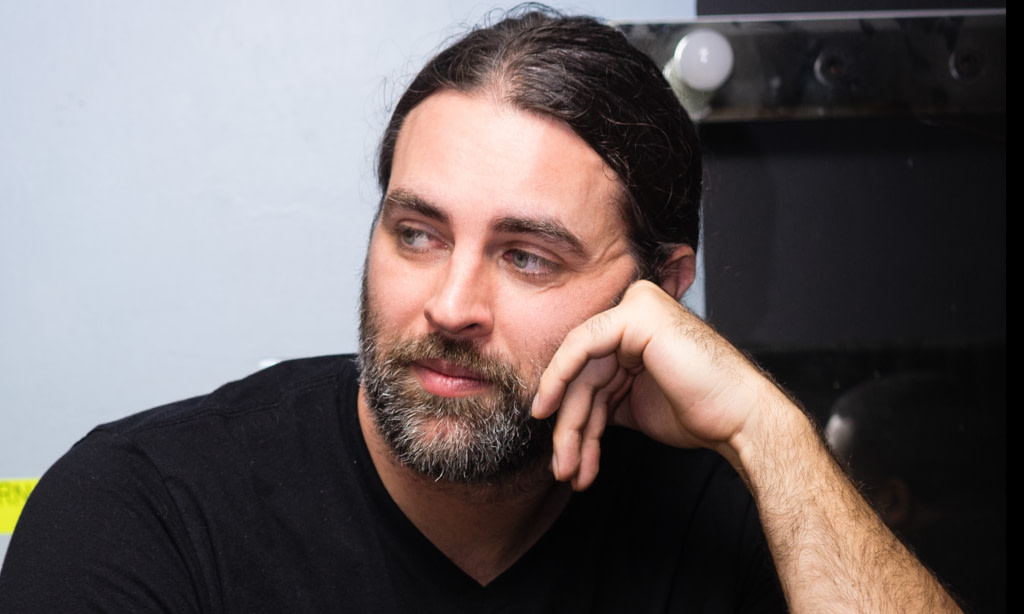 It’s been two years since stand-up comedian Matt Gubser has made a stop in Utah. Returning to Utah Friday, July 1,  he will bringing his smart and poignant comedy to Ogden audiences at The Loft at the Ziegfeld Theater. Gubser is a wickedly funny comic hailing from San Francisco, typically skewering social-political topics with smart humor that comes across without too much effort. Gubser will be performing with local comedians Mike M, Natashia Mower and Nicholas Smith. Tickets are available at the door for $5. This is an all ages show, but patrons should be advised that material will not be censored.

SLUG: We want Utah comedy fans to get to know you better, so let’s start with how long you’ve been doing comedy.

Gubser: Eight years. I know that at some point, I’ll probably be sick of the traveling, but I still do like being in other places whether it’s Salt Lake City, Edmonton or Chicago or Atlanta or wherever. I like the sociological aspect of getting around other parts of the country, parts of the continent and seeing the similarities and differences that I would not have been aware of beforehand.

SLUG: Has your style of comedy changed over time?

Gubser: As a new comic, you kind of always go through the terrible stage of where “I can say anything I want! No one can stop me!” without even thinking of whether you should say terrible things. It’s hard to be funny. It’s a lot easier to get a reaction kind of just by using overplayed triggers that are just going to get people riled up without being funny, whether it’s lazy jokes about abortion or religion. When I started out, Daniel Tosh was really big, and Anthony Jeselnik just got really big, so we had all these comics that were trying to be outrageous without having any idea on how to do it in a way that was funny. Everybody who starts comedy, just like everything else, starts out by emulating their own heroes before they find their own path.

SLUG: Who would you say that you started out trying to emulate?

Gubser: That’s tough. Maybe just because I talk about politics and religion, George Carlin is kind of an easy comparison. I’ve never found Carlin that funny, generally. I’ve watched half a dozen of his specials, but we would all love careers like that where you’re putting out 30 hours of material. There’s so many comics that just get passed by and can’t adjust to changing cultural pace. Carlin was the guy that reinvented himself twice and managed to stay on top for 30 years, and that’s amazing.

Gubser: Lazy? Is that a style?

Gubser: I’m pretty low-key and fairly dry. I kind of tend to go over the same topics from different angles. I have three kids, so I talk a lot about fatherhood. I talk politics, I talk religion, I talk sex and I talk parenting. That’s basically the four things that I keep going back to and I keep turning around in my head. And there’s a lot of crossover between all of those topics.

SLUG: Do you have to be careful when you talk about those topics?

Gubser: I think for me, personally, everybody’s going to have different opinions about what is too far and what’s over the line for them personally. For me, whenever I’m talking about religion or whatever, I’m not going after people; I’m not attaching people for their beliefs. I’m going after the belief itself. I was raised Evangelical—I have a lot of my family that is still pretty religious. My best friend growing up was Mormon, and I was pretty close with his family. I know a lot of good people who just believe in stuff that I think is just really silly. So when I’m pointing out how ridiculous some idea is for me, I’m not going to go full Bill Maher and talk about how stupid Christians are—I think that’s sort of lazy.

SLUG: Is that why you’ve been seen dressing up in full Jesus costume? Or is that something you just noticed and ran with it?

Gubser: It wasn’t really intentional, I’ve just always been very lazy about cutting my hair. Even when I kept it short, I would cut it twice a year, maybe, and then just chop it off and start all over. So I just went a couple of years without cutting it at all. I also have a beard, and my dad has a beard. We’re a family of beards. With the long hair and the beard, people just automatically think “Jesus” or “Manson,” but Jesus has more followers, so people think Jesus first. For me, it’s fun to play with.

I just shot a video with AJ+, which is Al Jazeera’s online news, and I played Jesus running as a third party candidate for President. … I had a lot of fun with it. It’s totally innocuous: The whole point of the video was how the odds are so stacked against third party candidates. They have to jump through all of these hoops just to get on the ballot, and even Jesus himself couldn’t get elected as a third-party candidate. There was nothing remotely offensive, and we had Christians and Muslims both ticked off and upset about it, demanding that it get pulled down on Twitter, Facebook and YouTube. That was just crazy to me.

SLUG: That’s kind of cool that not only did you get to do that, but you kind of got to mock our whole political system in the U.S. at the moment.