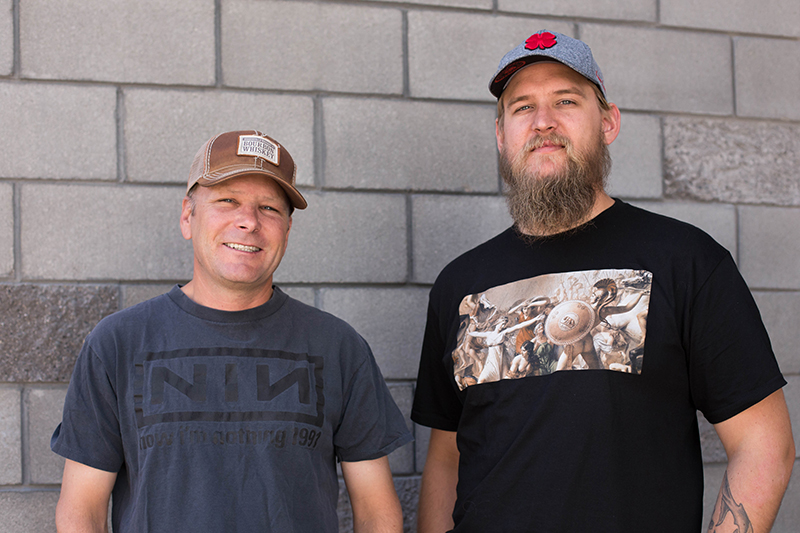 On the Rise: Dented Brick

From an early age, Dented Brick CEO Marc Christensen grew up helping his father’s occupation in Idaho’s booming wine industry during the late ’70s. After growing up and finishing a Masters degree in Economics, he moved to England and then Salt Lake City after the rise of his startup business, OTW Safety. With the success of OTW, Christensen was finally able to pursue his interest in distilling. His first go at it, The Mormon Tea Company, fell through after the FDA incorrectly assumed that their use of Ephedra veridas was going to be manufactured similarly to the banned drink Four Loko. But this setback did not stop him.

Near the edge of a neighborhood district in South Salt Lake, Christensen began constructing a 14,000-square-foot facility this year over the house where the descendants of early Mormon settlers and well-drillers once lived. The name Dented Brick, referencing a particularly violent event that happened just a little more than two decades ago, is a nod to the special, presently undisclosed history of their location. Although Christensen promises to reveal this story to future visitors, Dented Brick is on its way to extending the narrative toward a brighter future.

Now, with Dented Brick, Christensen is planning on becoming one of the most generative distillers in the state. Christensen hired the West Valley–born whiz distiller Ethan Miller to man their first-class, multi-spirit still. Miller, who has worked High West and completed an extensive workshop under New Deal Distillery in Portland, is ecstatic about applying his knowledge to make a vast array of great liquors.

“When I heard about the opportunity to come back to Utah and do my own thing, it was a dream come true,” says Miller. “We can manipulate the still we have and make pretty much any spirit that we would want to … outside of maybe hanging dead chickens and making [pechuga].”

With this grand scope, however, the folks at Dented Brick are primarily concerned with minimizing their environmental impact and are planning on using strictly non- GMO and organic materials. “There’s a social awareness going on in Utah with where things are coming from that we also consider ourselves to be a part of,” says Christensen. “So I want our customers to be able to come to us and track everything back to its source.”

Specifically, Christensen has been reaching out to local farmers to find people who are interested in farming cover crop grains such as rye in order to reduce the use of poisonous chemicals. Personally, Christensen’s family uses their own goats, cows and chickens, and stresses the pride that comes with experiencing non-commercialized foods. “Our motto from the very start has been ‘No shortcuts,’” says Christensen, “and we plan on standing by that.”

Ideally, the crew plans on getting their distillery up and running by Thanksgiving weekend at the earliest. Though they are still waiting on receiving their state permit at the time that this article is being written, plans are underway for their special Antelope Island Label Rum and a quality white whiskey. Not soon after the production of these spirits, they estimate to move quickly toward gin, vodka, spiced rum and aging their whiskey.

More information on their progress and upcoming products can be found at dentedbrick.com and on Facebook.