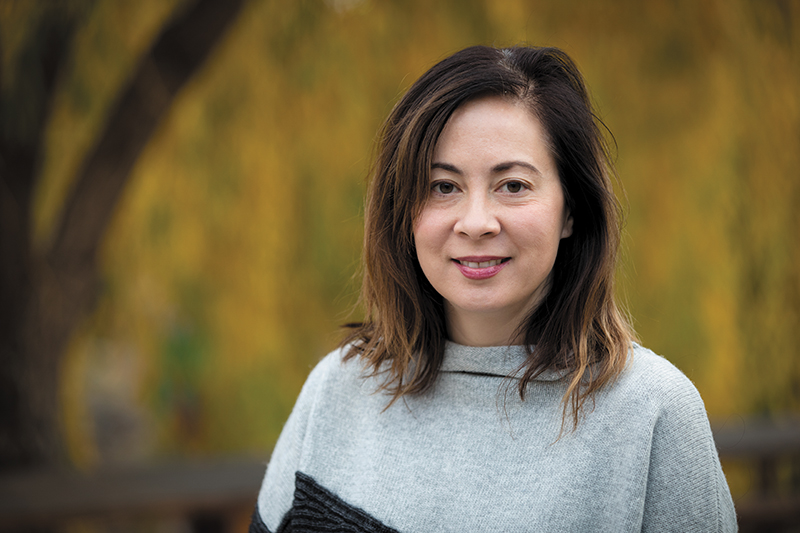 There is a map of Utah that covers religious blood-atonement practices, an elephant named Princess Alice, and the thirsty history of downtown’s “Whiskey Street.”

The multi-media geographical project collects and archives stories from past and present in the Beehive State. Inspired by Rebecca Solnit’s book Infinite City, which narrates the neighborhoods in San Francisco through firsthand accounts, Mapping SLC is a collaborative, continual autobiography of Utah.  Reaching to cobwebbed corners of state history through writers, scholars, artists and community members, the tales preserved create a living testament to the woven fabrics of the past.

Paisley Rekdal, creator of Mapping SLC and Utah’s current Poet Laureate, is in many ways a gatekeeper between literature and gripping relics of time. With a master’s degree in Medieval Studies and early aspirations to become a visual artist, Rekdal’s fascination with poetry began humbly. “My mother had an old copy of Dante’s Divine Comedy, with the Dore illustrations, and I found myself attracted to the pictures because they are so grotesque and crazy,” says Rekdal. “I wanted to know the poems that went with them, so I started reading bits and pieces, and I just liked it—I liked the sounds. I liked all of it.” The first poem Rekdal recalls writing was a reflection on the Holocaust entitled, “For 6 Million.” Unsurprisingly, it won first place in a citywide school competition.

As an MFA and PHD professor of poetry and nonfiction at the University of Utah, Rekdal finds that her relationship to poetry is enthused through teaching. “One of the best thing about having students at all levels is that they end up accidentally fueling research for me,” says Rekdal. In fact, the Mapping SLC concept came about as a final assignment for a group of her pupils.

Rekdal, a Utah transplant, confesses that she was surprised but deeply honored when approached to apply to become Utah’s Poet Laureate. She has found no shortage of poetic inspiration since living in the state, fascinated by both the cultural and physical landscapes.  “The changes in the environment are so dramatic here,” says Rekdal. “I find myself awed by this natural landscape and the fact that I can’t even imagine describing it makes it even more compelling. I like being in a place that’s slightly outside of my own language.”

As part of her work as Laureate, Rekdal has set out on an ambitious second mapping project for the state: an archive of the writers and poets who have claimed Utah as their home. “One of the questions I’m most interested in exploring is, ‘What is the connection between place and writing?’” Rekdal says. “There were a number of Japanese Americans who were interned here against their will and some of them became writers afterwards.” She adds,  “I want to focus in on  people who we might not immediately associate with Utah writers, but they became writers because they came to Utah and their family was part of this landscape for a while.”

Rekdal hopes to expand rather than contract ideas about what it means to have been a part of literary Utah by documenting and visually displaying those whose stories have contributed to the rich past and present of our communities. “When we start thinking outside of the box about what constitutes place and writing and relationships between place and writing, we can have really interesting conversations about what a Utah writer is,” she says.  Her own, growing collection of writing includes moving and fearful essays, lighthearted memories and archival photographs from the Utah Historical Society.

In her latest book of poems, Imaginary Vessels, Rekdal examines life in the Western United States through explorations of what humanity holds dear. Dedicating a hearty section to Mae West, Rekdal is enthralled by the grit and tenacity of the character.  “She never changed as an artist over time; she never broke character,” says Rekdal. “Some of the ways in which she related to men and wealth made her the ultimate capitalist. There’s something ultimately hollow about her performance of being a woman that attracted me to her.”

It is often the burden of writers and artists to show the world to itself—from the ugliest truths to resounding, if forgotten, beauty. Rekdal’s work shifts the weight outward, allowing anyone who called Utah home to narrate their own stories. Perhaps a place can never be fully defined, but there is a freedom that comes with the representation a map provides. For more information about the original map of Salt Lake City and for upcoming news about the mapping of Utah literature, visit mappingslc.org.

As Mae West once said and Rekdal reminds, “I’m telling you, it’s always better to be looked over, than overlooked.”