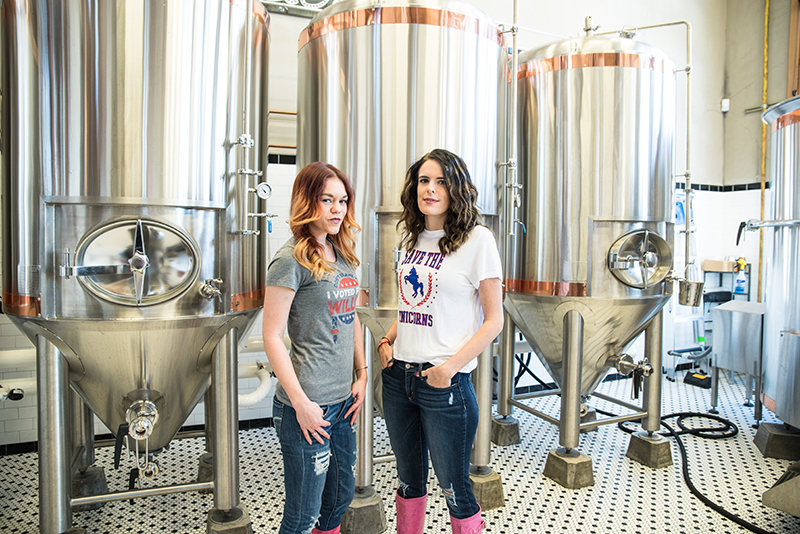 Pink Boots Society: Empowering Women in the World of Beer

It may be 2018, and though most of the United States has accepted legal victories like repealing prohibition, same-sex marriage and women’s suffrage within the last hundred years or so, in many ways, we are still fiercely trying to educate some citizens on the idea of gender equality. Buzz phrases like “gender pay gap” and “equal pay for women” are all over news media outlets, rightfully speaking to the economic unfairness to women in the workplace. And though we’ve come far as a culture with our social progress and appreciate those who have fought for equal rights throughout the decades, it’s still surprising how gender inequality and sexism can dominate even the coolest of trending industries. Luckily for craft beer, one of Utah’s fastest-growing trades, we have some women on the scene who are making waves with style, precision, wit and grit—and they’re doing it without any apologies. These ladies are the Pink Boots Society. 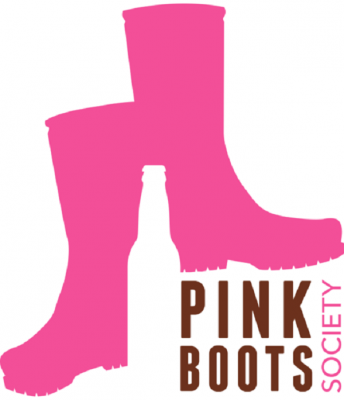 The Pink Boots Society (PBS) is an international women’s brew club with over 60 chapters worldwide dedicated to everything beer. It landed in Utah last summer when Strap Tank Brewing Co.’s Julia Shuler and Aubrey Palfreyman decided that being members of the nearest chapter in Denver was too cumbersome. “We just couldn’t make the monthly meetings,” Shuler says with a laugh. Based on convenience, Shuler and Palfreyman decided it would be best to start their own society in Utah Valley. But to start a Pink Boots chapter, you must have at least five members, and you must petition the PBS board for approval. With the lack of many women around northern Utah perched and ready to progress in the beer industry, Julie and Aubrey’s chapter barely formed. “Well, Aubrey and I took two of the five spots, and then we reached out to a few of our friends in the craft to make five starting participants,” says Shuler. “Now we have 16 women in our group!” To be part of PBS, you must have some genuine involvement with beer. For instance, you may be a brewery assistant, marketing coordinator, packaging employee or a server at the brewery pubhouse. Whatever your role is, you must be more than just a beer drinker, more than just an aficionado: You must be a craft beer devotee. Any woman who fits that bill is welcome to join. As of now, Shuler stands as the President of the Utah Chapter, and Palfreyman is the Vice President.

Though PBS’ primary focus is teaching women about the perfection of brewing craft beer, the Utah ladies willfully delve into much deeper topics related to the industry. “Oftentimes, beer comes with the stigma that it is a man’s drink,” says Shuler. “We encourage our members to stay well-informed as to what is happening politically and socially in the beer world so they can speak with confidence to anyone about the subject.” By educating the PBS members, these women are making immense strides in leading the conversation with society on how to both desexualize beer and remove the gender stigma that beer is only a man’s drink. “It wasn’t until after the Industrial Revolution that beer was marketed to men,” says Palfreyman. “Before that, clean water wasn’t a precedent, so beer was mostly brewed by women to have something safe for their families to drink.” As Shuler puts it, “We don’t want any gender attached to the drink, and we cringe when we see cheeky sexual innuendo used on labels to sell beer.” It may be common for other industries to promote products with the notion that “sex sells,” but for Shuler and Palfreyman, it isn’t worth using the modality at all. They hope that other breweries will eventually catch the drift that beer should be marketed as beer alone—similar to how wine is only labeled and marketed by varietal. “When you’re drinking a beer with a racy label, it’s easy to forget about the integrity of the beer itself and focus on the (not so clever) marketing,” says Palfreyman.

Another reason why PBS is honing in on degendering beer is that “beer is more than just an alcoholic beverage,” says Shuler. “It is a way to be social and connect with one another—it brings people together. As we are trying to grow the craft beer industry in Utah, we want to attract interested females without them feeling intimidated. If a woman has aspirations of being a brewmaster, we don’t want her to feel daunted by the fact that she may be one of the few females in the brewhouse.”

PBS also does a great job at creating community among women in the beer cosmos. “Our chapter is so much more than a few women getting together and talking about beer,” says Palfreyman. “We are really good friends, we have fun together, and we help each other out.” A good example of their sisterhood is how the women will collectively brew a beer together. In honor of International Women’s Day (March 8), the women brewed a beer called Mash the Patriarchy, which we will see on tap lines later this spring. Stay in touch via Facebook at Pink Boots Society Utah Chapter.