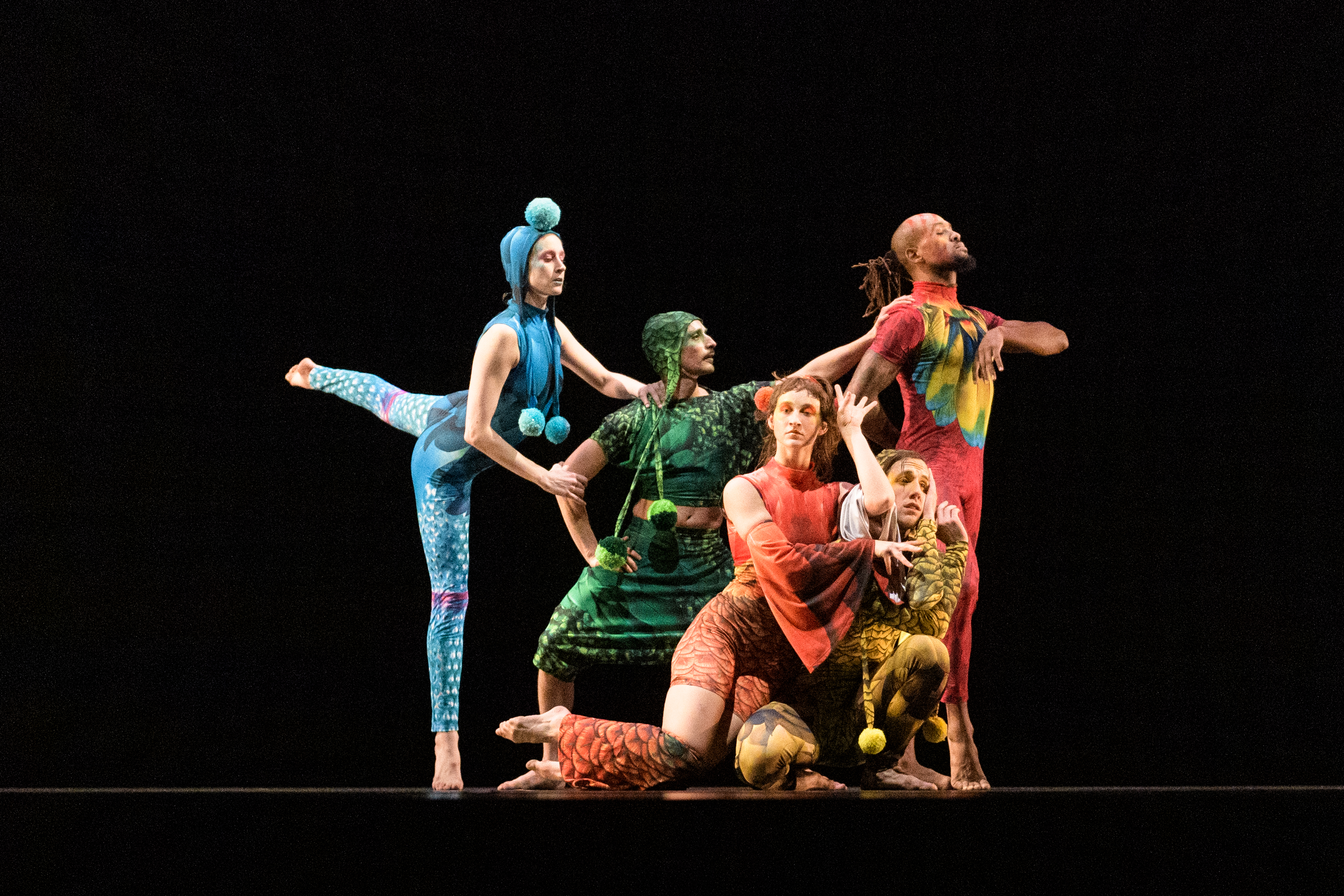 “Dallas Graham was one of the first artists I became aware of when I moved here,” says Daniel Charon, who came to Salt Lake City six years ago to add his talents to the artistic direction of Ririe-Woodbury Dance Company. Since they met, it’s been “in the back or [Charon’s] head,” that one day the two would work together. Ririe-Woodbury is more than half a century old and one of the most successful repertory companies this side of the Mississippi. Graham’s Red Fred Project is a relatively new non-profit that facilitates experiences for children with life-threatening illnesses. Specifically, it allows these kids to try their hands at writing books. Graham’s inventiveness and passion for storytelling inspired Charon to try something new this year with the slot the company typically reserves for a “family friendly” show.

What’s to come of the collaboration is the live creature and ethereal things, which Charon describes as a totally new direction for the company. Charon says he looks at what they’re doing with this show as being “sort of like a Pixar film,” in that it’s made to appeal to many different audiences all at once. Advertising might lead people to believe it’s a kid’s show, but the live creature and ethereal things is something that always has an adult audience in mind as well, it’s one of those pieces where the craft required to make it work on both levels fuels the creation of something that it’s more inventive as a result. Charon suggests the performance would make great fare for a date or other such special night out on the town.

All of the major collaborators on the project are other Utah artists Charon met though Graham, including composer John Paul Hayward and costumer Jared Gold. Charon is particularly excited about Hayward’s score, which received special support form the Charles and Joan Gross Family Foundation. He told me to expect something that will remind the audience at turns of their favorite Broadway musical, the experience of singing around a campfire and even twentieth-century Estonian composer Arvo Pärt, all within the course of a single evening.

The most visible collaborators, of course, are the theatrical talents of Flying Bobcat, Alexandra Harbold and Robert Scott Smith. Fans of Flying Bobcat’s work will be surprised to see them stretch into the new space of physical acting, although they’ve also collaborated with Charlotte Boye-Christensen’s NOW-ID. (Oddly enough Boye-Christiansen is Charon’s predecessor at Ririe-Woodbury.) The movement in the work is created collaboratively by Charon, the dancers and other performers reflecting Graham’s imaginary cast of birds, the Jolly Troop, which he uses to foster creativity among the kids his organization serves. The text contains an inventive mixture of Spanish and English.

As much as this show represents a departure for Ririe-Woodbury in terms of how the company creates a “family” show, it carries on a strong tradition of serving Utah’s K-12 students. This year over six thousand students will see matinees of this performance for free and many of these students will have received introductory educational materials from education director Ai Fujii Nelson, herself a local choreographer and company alum. Moving away from the familiar tropes of dance education you might be used to (time, space and energy, anyone?) the material students will experience in class for this project will ask larger questions about how the dancing body can address and express themes of friendship, trust and loss.

In past family shows, existing works commissioned by the company were reframed for family audiences, usually either with a theme or a loose story stringing existing repertory together. Some Ririe-Woodbury fans may remember former education director and company alum Gigi Arrington’s brilliant cameos (such as Mr. On d’Move). While those performances were highly successful at making dance accessible, this piece has truly been a local collaboration, and a chance to create a multi-genre happening that is truly of Salt Lake.

The company is having a busy year, in addition to this project, their home season contains another new work by Charon and a piece by local hero Stephen Koester, who will be retiring from the University’s School of Dance this year. Koester’s legacy as a teacher connects him to students all over the country like Juan Aldape, who makes work in the Bay Area, and Molly Heller, who is active here and in New York. Ririe-Woodbury’s dancers will also be touring to North Carolina and Montclair, New Jersey, to present Ann Carlson’s Elizabeth, the Dance.

Ririe-Woodbury’s dancers will also be touring to North Carolina and Montclair, New Jersey, to present Ann Carlson’s Elizabeth, the Dance. Critic Amy Falls has expressed the satisfying difficulty to discuss Elizabeth in its entirety because of the amount of amusingly bemusing incidences in the piece. If the buzz around it is any guide, the same might well ring true for this new creation.