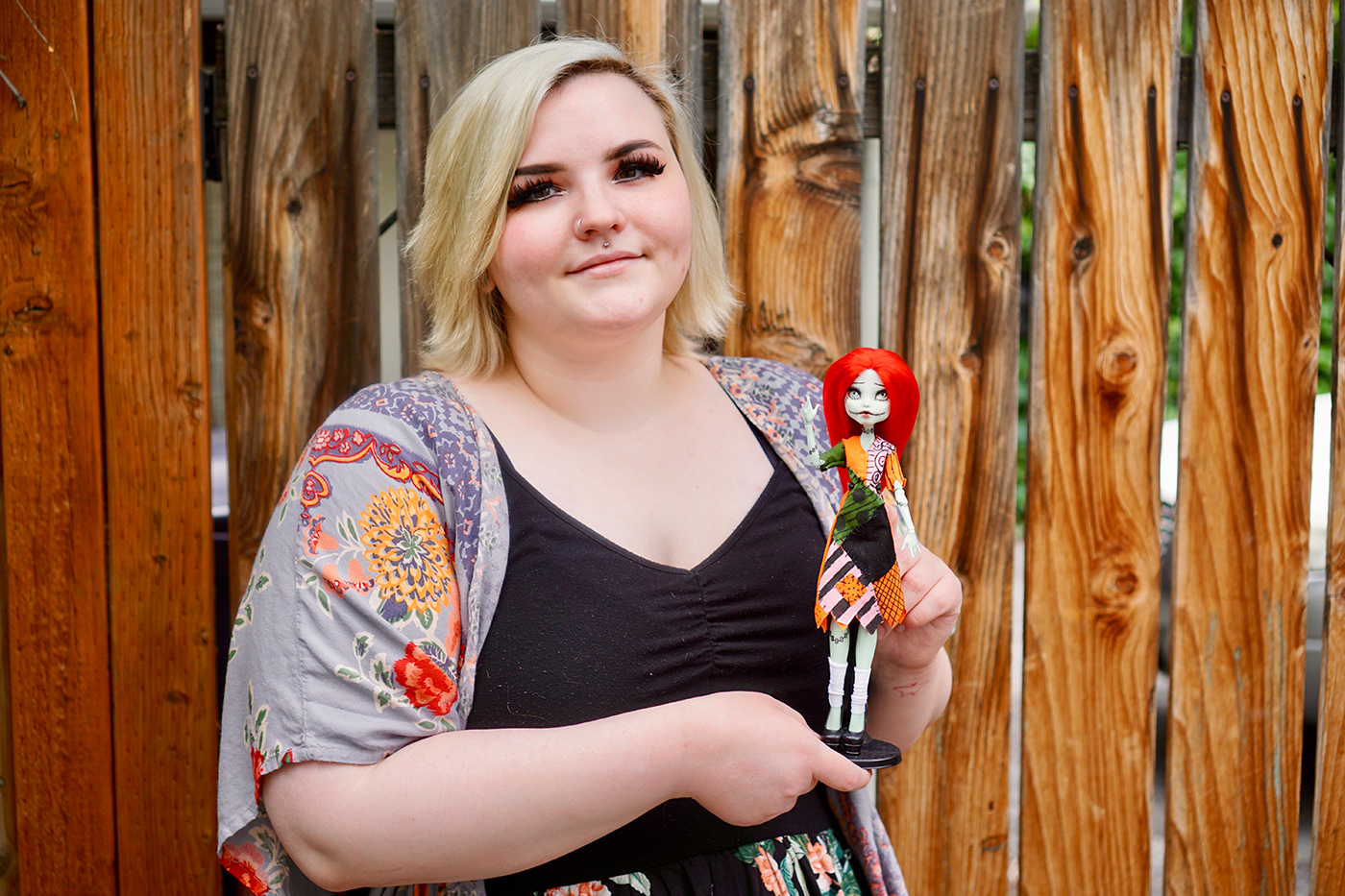 Craft Lake City artisan and Owner of Etsy store ScarabDolls, Alexandra Sheffer, reimagines plastic dolls and gives them an updated look. These beautiful and fantastical dolls are given life through Sheffer’s meticulous details and design work, from intricately glazed eye colors and makeup to miniature clothing and accessories that mimic the character the doll is based on.

With a background in art and sewing, Sheffer began making her dolls about a year and half ago after stumbling across a doll someone fashioned after Blue Diamond and Blue Pearl from Steven Universe. “I searched for where to buy it, and that’s when I discovered someone had actually made it, [which is] what got me intrigued,” says Sheffer.

Sheffer creates and models her dolls after television and film but takes a special interest in ancient Egypt. One of her favorites she created was inspired by Nefertiti and showcases her iconic headdress. Other favorites include a faun doll with mint-colored skin, baby-pink fur and big blue eyes as well as an Egyptian mummy with gold jewelry, bandages and decayed flesh.

Though mostly coming up with her own designs, Sheffer takes custom work as well (just not recreations of other artists’ dolls). The process to create a doll is about one to four weeks and includes removing the factory paint and hair, sanding down the body and finishing with multiple layers of sealant.

To view Sheffer’s work and place an order, check out her Etsy shop ScarabDolls and Instagram @scarabdolls.