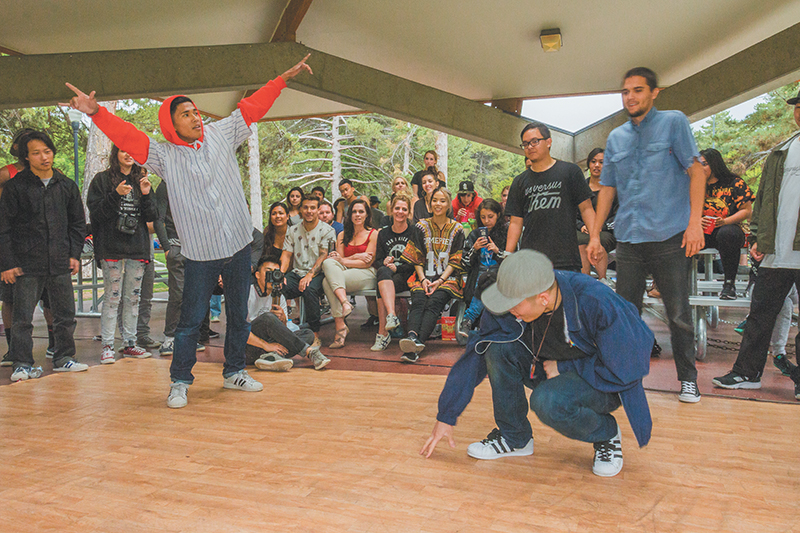 Local hip-hop heads know that there’s a bevy of talent from Orem to Ogden. Emcees usually garner the majority of the public’s attention, leaving the rest of the shine for club and mixtape DJs. Then you have the graffiti artists who tend to stay underground—and then there are the dancers, who have been a staple of hip-hop culture since its inception without a lot of the monetary benefits. Local organizations like Bboy Federation formed to make sure that the b-boy/girl community stays bonded to hip-hop culture and, most importantly, that the culture gets noticed here in Salt Lake City. Bboy Federation continues to work toward these ends with their annual performance series, They Reminisce, held July 8 and 9 at the Rose Wagner Performing Arts Center.

According to their website, co-founders James “Pyro” Karren and Joshua “Text” Perkins noticed a drastic decline in the b-boy/girl scene from 2006–’08, when hip-hop heads who once were active became less involved. This compelled Karren and Perkins to throw a string of exhibitions called the X-Series, where dancers were pitted against each other in five-round battles according to skill level. By 2009, they had begun to streamline their ideas on an organizational level, having done nine exhibitions as a part of the aforementioned series. When a deal with an out-of-state league didn’t materialize, they knew that Utah was ready for something that could hone the raw talent and energy in the local dance community, and that’s how the Fed was formed. “The Bboy Federation is a local nonprofit that focuses on hip-hop arts programs, specifically breaking and DJing right now, but we’re trying to grow,” Perkins says, referring to goals such as incorporating other elements of hip-hop and upgrading their facilities.

The group includes representatives from different crews who offer lessons for youth and/or adults, welcoming all skill levels from beginners to seasoned veterans. Ali (Knucklehead Zoo), Chacho (Flavanoids, House of Flava), Tarzan (Killa Gorillas, Dynamic Rockers), Killa Bee (Flavanoids), Kixx (Blow Up Kings) and Bboy Bangkok (Ground Hounds) have over 50 years of combined experience and are located all over the valley—a conglomeration of different backgrounds and styles under one umbrella.

Bboy Fed has blossomed well enough for Perkins to make it his full-time job. “The only job I’m going to be doing from here on out is the Fed—as long as I can do it,” he says. “It’s really important that you have a good infrastructure, so over the next year, we’re looking at getting improved office spaces, consolidating some spaces, being able to grow our staff to where we have more capacity to handle things like performance requests, emails and the different projects and programs that we are trying to develop over the next five years.”

The Federation organizes different personalities and helps them become better dancers and activists in their own right. Before Bboy Federation, breakdancers had to pay for studio time to get instruction in the genre, which does not mesh well with the lifestyle of young up-and-comers who may or may not have parental supervision or money for lessons. This is why Bboy Bangkok (Terry Post) puts on events for his students such as the Bboy Melee, where dancers can be down with a crew or come express themselves for no cost. “With this new niche that the Fed has provided, the quality of breakdancing will most likely hit home again,” Bangkok says.

Through the Promise Network in South Salt Lake, Bboy Federation began supporting the community two times a week at seven after-school sites in 2015. They provide lessons on breakdancing to elementary school, junior high and high school kids for an hour each day. They’ve also incorporated DJs into the program. “We have two DJs that come set up two sets of equipment, and they teach the kids basic DJ skills, how to mix, how to blend tracks, how to match beats, basic cuts and scratching and different elements that go into DJing,” Perkins says.