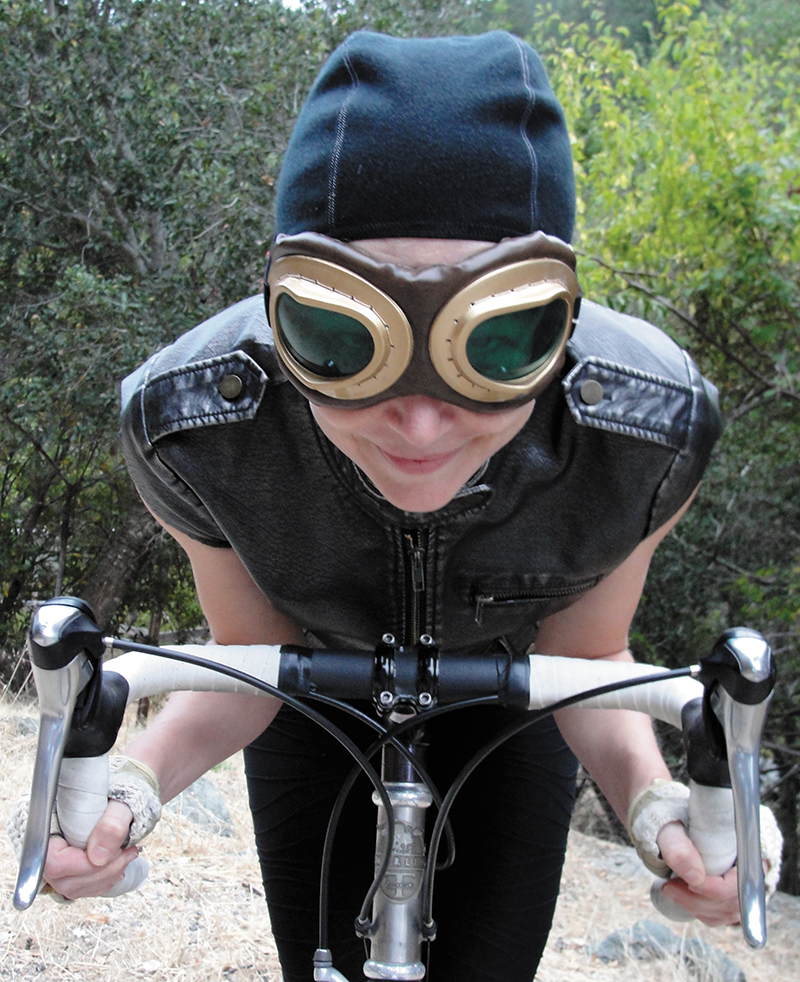 The Velocipede Races: Love and Liberation at the Velodrome

Emily June Street wrote the first young adult novel published by DIY-punk press Microcosm Publishers. An experienced fantasy writer, Street also blends her love of bikes with her physical savvy from teaching Pilates. The result, The Velocipede Races, is a fast-paced book that defies categorization. Emmeline Escot knows that she was born to ride in Seren’s cutthroat velocipede races. The only problem: She’s female in a world where women lead tightly laced lives. Emmy rebels—with stunning consequences. Can her dream to race survive scandal, scrutiny and heartbreak? We called up Street to get the backstory.

SLUG: What is The Velocipede Races about, now that you’ve finished it and have seen what it has become?

Emily June Street: The book for me was always about overcoming obstacles and about feminism, and the road via physicality, particularly, to achieve those two things. I teach Pilates—physicality is pretty much what I do and think about all day. Physicality plays a central role in becoming more empowered and becoming more enabled in your body. Whatever limitations you’re working with, whatever skills you already have, that is such an important route to liberating your mind—to achieving your potential, to overcoming obstacles. It didn’t necessarily have to be sport, even though this book is very much about sport, and Emmeline, the heroine, is a very competitive person and an athlete. I think the more important kernel in there is that via the physicality you love—and being able to express it—you can overcome all kinds of different obstacles. 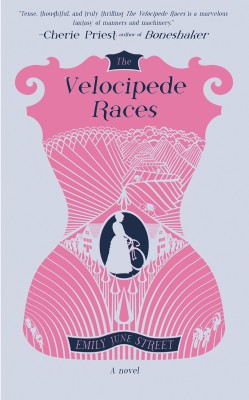 velocipede race, and why can’t Seren women race in them?

Street: I modeled the velocipede races in the books after Kieren racing in Japan. There’s an honor code—I wanted to have that sense of history in it. It’s a style of racing where the racers all get up to a certain pace before the race actually begins, so it makes for a very strategic and fast-paced race.

I set up a very traditional 19th Century society for this book to take place in, partially because I wanted to explore how the bicycle as a symbol affected women and the first wave of feminism in the late 19th and early 20th Centuries. Women were living very cloistered lives at that time—they didn’t get to participate in as many activities out in the world as men did.

SLUG: The Velocipede Races is a great empowerment story, but it’s also a romance novel. Could you talk about feminism in the context of Emmy’s husband, Everett, who seems really down with the cause, versus her brother, Gabriel, who’s more begrudging in his support?

Street: With both of those two male characters in the book, I was trying to make some statements. With Gabriel, he’s aided and abetted her in her secret riding for a long time. He basically helped her achieve the dream. At the same time, there’s a part of him that’s very much of the society he was born in. He exemplifies a certain type of man you encounter who is somewhat supportive in many ways, but when it comes to the chase, he’s not really sure. Everett is an outsider himself. He isn’t one of the high-born people, so he had a different sense of the whole society and the rules. He represents one step further along the progression of being able to offer support and empower women in a slightly more helpful way.

SLUG: The issue around sexual education and women’s lib is well played. You have this first sex scene where Emmy is preoccupied with what’s expected of her, but it’s not traumatizing.

Street: What I find amusing about that sex scene is that she’s excited about it—she’s a very physical person and I wanted that to run true through different domains in her life—but after it, the thing she’s really excited about was that she’d gotten to race that day.

SLUG: You mentioned that you don’t race; you commute. Why write about a different kind of riding?

Street: I knew I wanted to write about riding, but I couldn’t find the groove. One day while I was riding, I had this idea of this gladiator-style competition. I thought, “Well, why not bikes? Why not bikes in a cutthroat environment where the competition’s really intense?”

SLUG: It seems like a good fit for Microcosm, a publisher that’s all about bikes and self-empowerment. Did that come up in the editorial process?

Street: I just sent the book to [Microcosm Co-Owner and Marketing Director] Elly Blue. I followed her blog—I knew she was into bicycles. I wasn’t even really looking for a publisher. I just sort of said, “Do you want to read this?” But certainly, it was a good fit, because they’re very interested in how bicycles can change you individually and on a collective/societal level, too.

If you feel like casting off your corset and hitting the track, pick up The Velocipede Races at microcosmpublishing.com.