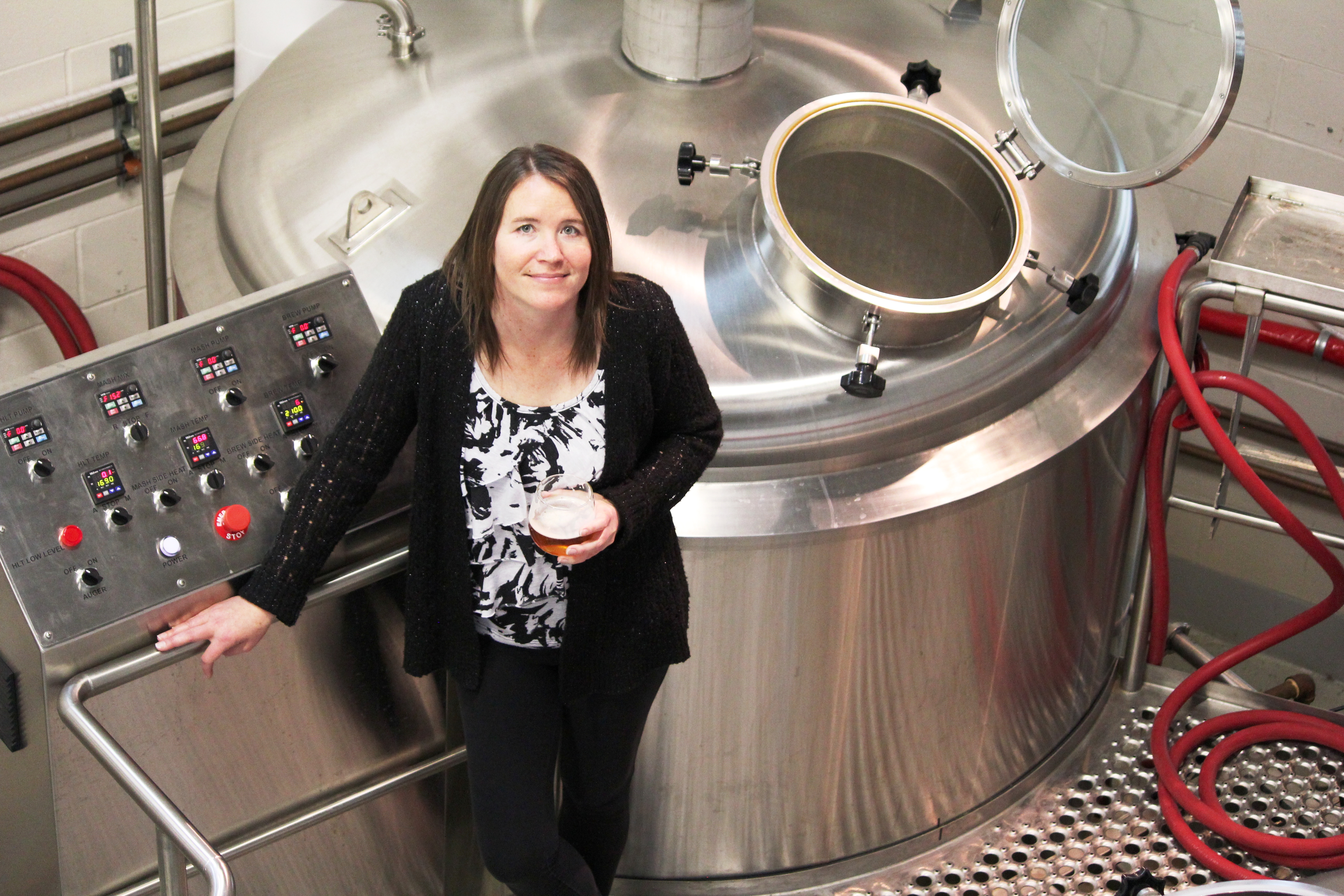 Vernal Brewing Company: From the Dinosaur Tail to the India Pale Ale

We have a vague recollection when it comes to answering the question, “Have either of you been to Vernal, Utah, before?” One of us remembers heading to the land of dinosaurs as a young child, and the other quickly leans toward “No.” Regardless of our past with one of Utah’s most historic cities, we are on a mission to find out more about the place. During the road trip, we preconceive our highlight: the visit to one of our state’s most beautiful craft breweries, Vernal Brewing Company.

Upon arrival, we are un-customarily greeted in the parking lot by Owner Ginger Bowden. Inviting us to enter the fabulously modern facility, we are offered brew samples. The joke early on is that Bud Light is the most popular local beer choice, but we luck out with Little Hole Lager and Pilgrimage Extra Pale Ale—two beers that have become local favorites and gateways into the more complex options the brewery has to offer. “Vernal wants their lagers, and it’s fun to watch them go from Budweiser and Coors to a craft lager,” says Bowden. “It’s awesome—I like that feeling. Once they have braved that first one and are OK with going to craft beer, they will to go the red and amber, then the .50 Cal. That’s where the pride comes from. We now have our Bud Light drinkers willing to try something.”

Since the dinosaur ages when SLUG last visited in 2013, there have been significant changes. VBC’s Head Brewmaster of almost two years, Mark Watson, a charmingly funny storyteller who has been in the brewing business for nearly two decades, mastered the unfiltered brewing techniques. Newly appointed Assistant Brewer Curtis Dille is a military veteran who took a leap of faith about a year ago, moving from northern Salt Lake City in an effort to learn more about the brewing business. And brand-new Head Chef Chris Wall comes in with eight years of sous-chef experience.

In addition to the newest staff members, the brewery released a new beer in April: Ms. Bee Hiven, a honey blonde ale brewed with local Yack’s Honey. It started with Watson winning a contest to attend a honey summit. “Now we get honey every once in a while, and [Watson] was like … ‘I’m going to make beer out of it,’” says Bowden. “It is a light, crisp, summery beer that isn’t very sweet but has a distinct honey flavor. It is an easy-drinking beer.”

Once a couple recipes were developed, Ms. Bee Hiven was thrown into a challenge of Battle of the Beers, which involves public aid in research and development through gathering feedback from eager beer seekers. Each challenge lasts about a month, and winners are declared by popular demand. “We put the beer on tap and see how it goes,” says Bowden. “That’s the brew versus brew, just for fun, and [it] sometimes develops into a big recipe.”

Battle of the Beers also allows Bowden and crew to make critical decisions when considering changes to existing beer. “It’s funny—we thought about changing our peach recipe, so we put different ones out,” says Bowden. “All went for the original. That helps us know we are on the right track with our beer.”

Bowden, whose family goes back five generations in Vernal, never dreamed of opening a brewery anywhere else. Her father was a home brewer when she was young, and she carried the gene. “I love my little town, and we didn’t have anything like this,” she says. “I love to go out of town to eat, but now I don’t have to. We make good food and make good beer and wanted to bring something to Vernal, Utah.” The brewery has been open for just over four years and is a destination for countless travelers who flow into town each year.

Though there is concern with the logistics of the recent changes in Utah’s restaurant/bar laws, under their current license, VBC will operate as a brewery with a dining club license, with some challenging decisions slated for the end of the busy tourist season. “For us, it only makes sense to go back to a restaurant,” says Bowden. “I think it would harm our business to go to a bar, just because you don’t tend to come to Dinosaur National Monument without your family.”

VBC’s menu is definitely family-friendly and Instagram-worthy. “We have all the basic pub items that you would look for, but we are more of a gastropub,” says Bowden. “We like to have classics with a twist. You read ‘pot roast’ on our menu, and it comes out stacked and beautiful.” VBC’s revamped menu brings back their popular pizzas and continues to incorporate their manicured outdoor garden in their farm-to-table approach.

In April 2017, VBC successfully introduced .50 Caliber India Pale Ale to DABC general distribution. “I’ve noticed recently [that] the restaurant has had people coming in wanting [.50 Caliber IPA], but I’ve had to send them to the liquor store because we can’t keep up with it at this point—it’s a good problem to have,” says Bowden. Vernal Brewing Co. currently distributes in Utah, Wyoming and Montana, and is en route to Colorado soon.

We may or may not have been first-time visitors to the city of Vernal, but we can say this with great confidence: The fine people at Vernal Brewing Company showed us one of the many reasons to make the trip. We recommend packing up the family along with a few growlers to fill and spending a day or two exploring what Vernal has to offer. And take on the Battle of the Beers—we did!

Chris & Sylvia Hollands are a #craftbeercouple who are writers and Mountain West Region Editors for PorchDrinking.com—check them out on Instagram: @chrishollands & @sylily.