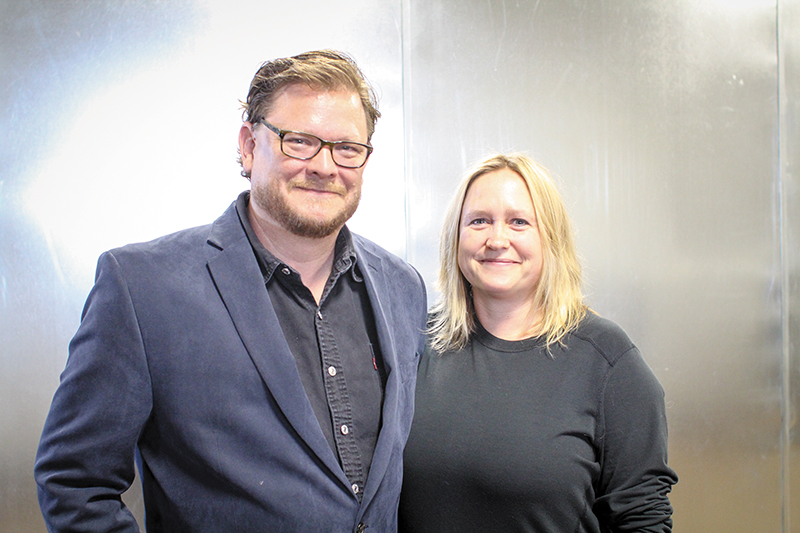 There’s a new distillery coming to Utah, and when it hits, you’ll be left with a craving to get out and explore. Waterpocket Distillery opens in West Valley City at the beginning of next year with a palate of new flavors and a bit of an adventurous side. Between Julia Scott’s background in chemical engineering and biochemistry and Alan Scott’s longtime practice of home brewing, the husband-and-wife duo realized the potential that could be if they combined their talents to invest in something they both love: flavorful, innovative craft spirits.

Waterpocket Distillery plans on bringing something new to the Utah table by combining the old-fashioned with the modern and adding a twist of innovation to each spirit. “Our focus will be on broadening Utah’s definition of what a botanical liquor can be,” says Alan. “I’ve started reading French, German and Italian guys from the 19th century, and there are 100 things I want to try. Complex mint, things based on lemon balm, any of the traditional liquors out of Germany—these are the things that interest us.” When it comes to these 19th-century flavors, the Scotts don’t mess around. Waterpocket Distillery is going to have some incredible, high-quality equipment on board. “We’ve got two beautiful stills that are coming from Euler over in Germany,” says Julia. “They are basically brandy stills. We’re going to use more force during fermentation.” They also have a rotary evaporator, which will produce vacuum-distilled ingredients. This equipment will allow for more traditional tastes and will create more concentrated flavors and purer spirits. The Scotts hope to experiment with all sorts of liquors, including, but not limited to, rum, brandy and whiskey—they even mentioned making cider in the future.

Alan and Julia’s ethos is a love for all that is local. “It’s meaningless to have a local distillery that’s not in some way tied to the community,” says Alan. “Distillation can serve a function in any agricultural system where it can assist in surplus. You can distill things that might otherwise have been thrown away.” For instance, Alan mentioned that his neighbor, who is a local farmer, had to throw away 5,000 pounds of cherries this year because the cherry harvest was so massive. This type of waste can be solved with the help of local distilleries. “As much as possible, we want to buy ingredients locally,” says Julia. “And what we really want to do is try to make some new flavors that have really never been captured in the local market.” They also hope to create botanical essences for local bartenders and restaurants using local ingredients.

The Scotts will experiment with and invent new flavor combinations as a distillery. “It’s an ongoing process of discovery,” says Alan. “We want the public to come in and talk with them about what we’re doing.” Of course, when working with new or complex flavors, there is always a risk. “What was popular in 19th-century Europe might not roll with modern tastes,” says Julia. “The more people that visit and try things and tell us what they don’t like—that will be great for us.” The Scotts hope to meet locals who are interested in trying something new. “We’re not looking for the person who goes to Olive Garden and orders lasagna every time,” says Alan. “We’re looking for people who are looking to expand their palate and try something different.”

Risk-taking and adventure are nothing new to the Scotts, however. Take the name Waterpocket Distillery, for instance. For those who don’t know, the Waterpocket Fold is a hard-to-get-to, spectacular landmark in Capitol Reef that is, in many ways, what led Alan and Julia to create their distillery. “When we were first dating, our first trips on the road were to Utah,” says Alan. “We found we kept going back to Capitol Reef. It became what was essentially Utah for us. When we went to find a Utah brand, we wanted to incorporate [Waterpocket].” This adventurous side of the couple surely comes out in their spirit and business ethos. “As far as building what our brand identity is,” says Julia, “it was trying to convince people to go out and try to do a little exploring and try new things.” 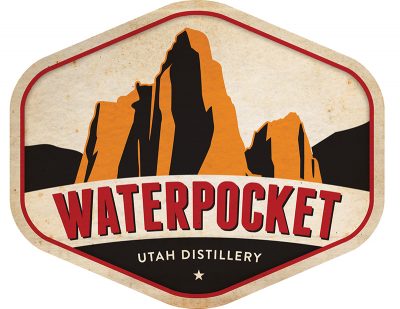 Waterpocket will be the place to try unique spirits—but it is also a venue that will promote distilling education and discussion. The Scotts have an open-door policy that will allow customers to take a tour of the stills and learn how each spirit is made. Utah distilleries may have a small community, but the community is growing at faster rates each year. “I’ve never seen more momentum in the industry than I see now,” says Alan. “In the long-term, I’d love to see our products on the shelves. I’d love to be able to say, ‘This is how many grains from local farms’, or ‘This is how much local fruit we’ve been able to save.’” However, when it comes to an overall favorite accomplishment, Alan has a firm response: “The greatest accomplishment is getting this far and starting a business with your spouse and being really happy with everything that’s occurred.”

Waterpocket Distillery is projected to open Jan. 1, 2017. Stop in, say hello to Alan and Julia, and try some innovative and creative craft spirits.