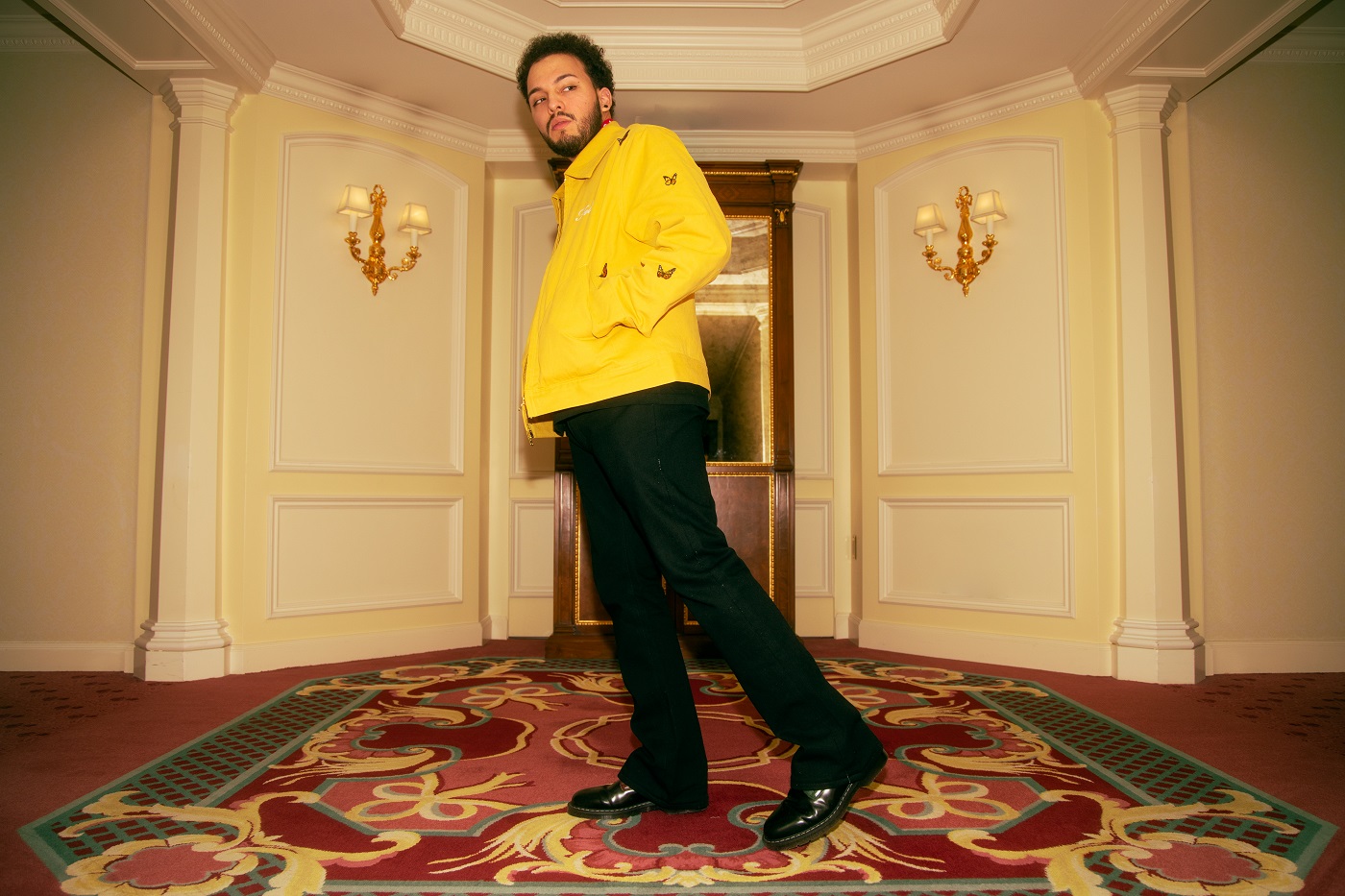 When I asked Jacobo Funes, aka Afro Foo, what kind of equipment he uses for his photography, he was taken aback. “I always get kind of triggered by that question. I feel like a lot of people think that’s the most important thing,” he says. “In my opinion, it doesn’t matter what I use because at the end of the day, an image is an image.” Whether he uses film or digital and regardless of technical quality, it’s all images to Funes, a Salt Lake City–based photographer whose focus on portraiture creates an enigmatic loveliness.

Funes’ work embraces his human subjects as simultaneously familiar and unknowable entities. His images, often shot on film and occasionally digital, center faces and expressions against environments that range from ethereal to hyper-mundane. In Funes’ photos, people sit in empty hallways, stand in front of neon diners and peer up at you as they clutch the base of a tree stump. Some photos capture normal objects like light fixtures or rocks but are lit or framed to feel strange. In this way, there’s a consistent sense of humanity running up against something mysterious and large, something which  can’t quite express its exact connection. Funes’ work brings that quality out time and time again.

“In my opinion, it doesn’t matter what I use because at the end of the day, an image is an image.”

Funes came out of the art collective Netpower that emerged around 2016 and which Funes says is responsible for helping him overcome part of his shyness and discomfort at the idea of making art. “They were the ones that started doing the art shows,” he says. “We’d get warehouses and all these unknown buildings and just present our art—or whatever we were working on—and post it on Instagram, tell people to come … Everyone who’s really interested in this one thing is here, and we can all relate.”

The real spark for photography started with a Kanye West concert in 2015. Funes borrowed a camera from a friend’s mom and drove to Arizona with friends. “I remember sneaking my camera in through my pants cause I didn’t even know the process of getting a media pass,” he says. Waddling and shaking through the frisk line, security bought the fib he was simply excited for the show and let him through. The concert became a huge turning point for Funes. The resulting photos set the tone for the style and aesthetic he would continue to develop in the six years since. Billowed by orange smoke and lights, Kanye looks down from his microphone, hands behind him. As the musician looks down, sweat creeping through the folds of his face and muscles, his massive gold chain weighing him down; the familiar figure embalmed in a haze of fame. ”I took myself seriously in photography because of the images I was able to capture that day,” Funes says.

Funes says that, in many ways, he has been chasing the high of those Kanye photos. Inspired by Gunner Stahl‘s work and his use of film, Funes bought a Contax T2 film camera the following year, a point-and-shoot that made him feel capable of getting the kind of images he wanted because of its ease of use and portability. He began going to more concerts, jumping fences when it cost money to get closer, always gunning for the front. He started working with models and experimenting with friends to capture that idea established by the Kanye shoot: the familiar, beautiful unknown and its endless variations.

“I remember sneaking my camera in through my pants cause I didn’t even know the process of getting a media pass.”

Funes’ Instagram documents how sharply he has developed his eye for composing the elements needed to create that particular feeling. “Most of my work is conceptual where there is an idea of something, and everything else makes the complete puzzle of it,” says Funes. “I want people to have some type of emotion when they see what I do, whether they think it’s beautiful or amazing or they just like looking at it.”

The kernels of shoot ideas come to him while working or driving. 12-hour shifts at a pharmacy give Funes the solitude to reflect, and when he travels around the city, he’s on the lookout for spots that could provide a shoot with that unknown quality. I’m always looking around me, looking for something interesting to take pictures [of].” One of the photosets we look at together shows a person sitting in a tangle of red hexagons against a black background. It looks like an art installation, but it’s a playground. “It was such a trial-and-error thing, getting someone to go with me at 10 p.m. and shoot. It’s one of my favorite images because it’s like, ‘How did this picture happen?’” Funes says. Looking across his work, that’s the constant, the vibe—“how is it this exists?” The subject grounds the environment just enough to make us want to ask the question.

One of Funes’ annual series is Valentine’s Day photos where he shoots couples in the style of professional “glamour shots” you might have gotten at a mall in the ‘90s or ‘00s, channeling that nostalgia. “It was something I knew people would like, and I noticed no one else was doing it here,” he says. This series shows Funes’ talent at inverting his usual style: The human subjects become ethereal while the environment becomes mundane. “My goal is for people to be cheesy,” Funes says. “They smile, and they feel lovely. I’ve been liking doing them too. It helps me interact with people better in a different way. Cause you know, there’s models and there’s people who just want Valentine’s pictures. And they’re like, ‘Well, I don’t know what to do.’ It’s okay. Just be lovely with each other.”

“Most of my work is conceptual where there is an idea of something, and everything else makes the complete puzzle of it.”

A big goal for Funes has been capturing people of color in Utah in these ways that juxtapose lovely with mystery. “A lot of my work is, I wanna say, for the past two years … 90% has been on people of color,” he says. “I feel like representation is very important in Utah, and it should be pushed more by Utah photographers. I feel like last year was a big wake-up call to people. That’s one thing I would like people to do more here.” Funes makes a point of talking about how the visibility and transparency of others making art, as was the case with the Netpower collective, helped him realize what he was capable of giving back to his community in this way. “We are all so capable of doing so much … I know other people could capture POC in other beautiful ways.”

Check out Funes’ work on his Instagram, @afro_foo, and DM him if you’re interested in a shoot. Rates depend on the sort of work you’re looking for and the concept of the piece. He can also be reached at jacobofune@gmail.com.