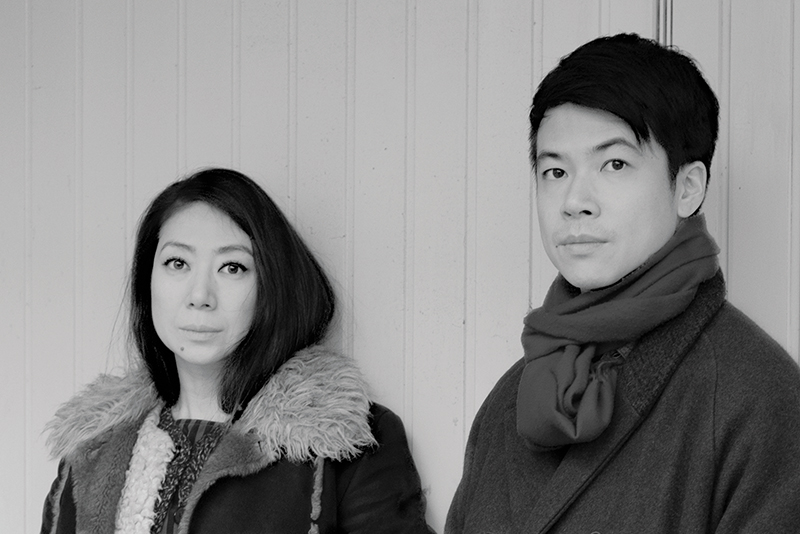 Joji Koyama and Tujiko Noriko’s Kuro is a beautiful and slow-burning film that will steep audiences in ambiguity during its world premiere at Slamdance 2017, an annual film festival that spotlights emerging filmmakers. In Kuro, Romi (Tujiko), a Japanese woman living in Paris, tends to her paraplegic lover, Milou (Jackie). While the film mainly comprises several series of close-up, scene-setting shots—a stained bed, cyclamen flowers in snow, Romi singing quietly in the bath—Romi’s voiceover weaves throughout the entirety of Kuro, recounting the time when she and Milou lived in Japan. Back then, Romi worked as a caretaker for the mysterious Kuro—an unknowable character whom the audience never meets. Romi’s day-to-day anecdotes take a dark turn when she begins to imbue layers of myth and the hyperreal, transforming Kuro into a meditative visual collage and tale of decay, darkness and the passing of time.

The story that Romi narrates in Kuro was the film that Tujiko and Koyama originally wanted to make—the duo wrote the script with no constraints in mind. However, due to limited means and lack of funding, a desire to play with narrative devices, and the realization that Kuro—both the story, and particularly the character—were “impossible to realize,” Tujiko and Koyama pivoted. They decided instead to incorporate Kuro’s dual layers: Tujiko’s voiceover and its visual accompaniment. “I like to think of these two layers of narratives moving along at the same time and at certain points synching, only to slip out again,” says Koyama. “Incorporating voiceover was also a way to create and accentuate the space between those layers … I knew that having [Tujiko] narrate the film would not get boring.”

From the start, Tujiko and Koyama’s Kuro collaboration was an intimate process. The two wrote and shot most of the film within Tujiko’s small apartment—often, the filming setup simply comprised Tujiko in front of the camera with Koyama behind. Despite their different backgrounds—Koyama is a filmmaker, animator and graphic artist, while Tujiko is well-known as an experimental pop musician and songwriter—the two share an artistic sensibility. Tujiko cites Koyama’s “considered but daring visual approach,” and Koyama notes Tujiko’s “musical sense of storytelling.” It’s a combination that made the film possible. “Kuro went through a lot of transformations,” says Tujiko. “We laughed a lot whilst making this film, in spite of the darkness of it.” For Koyama, his and Tujiko’s shared sensibilities partially derive from that specific sense of darkness, which compels both artists. “We were both interested in how the way we construct narratives can be attempts to tame this darkness—but also make it worse,” says Koyama. “I think we became quite obsessed with the idea of nurturing the ambiguity of the Kuro character—not for the sake of being ambiguous, but to maintain its presence as an unknowable thing … because that’s essentially what haunts the film.”

The style by which Tujiko and Koyama play with narrative in Kuro is haunting, but it’s beautiful, too, complemented by Tujiko’s chilling—and equally elegant—score and sound design. “It was a fun and luxurious time to be making music for the film, and it all came out naturally and very quickly,” says Tujiko. “Maybe I was conscious not to make the music too complicated—something I tend to do. So I tried to make something simple, moderate and transparent.” The music heightens the sensations throughout Kuro with hollow echoes that lull in and out between Tujiko’s voice and each ensuing visual. “I watched Tujiko make over 70 minutes of music in the space of a few days,” says Koyama. “One of the greatest pleasures I had in making this film was going through the music and picking out, together, what we felt would be good for the scenes.”

While Koyama referenced Alain Resnais’ Last Year in Marienbad and Marguerite Duras’ India Song for Kuro, he mentions photo-books as a primary influence and point to aspire toward for the film. A photo-book is sequential, but the pace and rhythm from one image to the next is decided by the reader. It’s a fitting parallel, given Koyama’s visual art background: He’s released a coloring book (Elsewhere) and a book of short visual stories (Plassein). “I like how the artist Philippe Parreno talks about narrative,” says Koyama, “that it can be like sitting in the back of a car, where you’re not driving but are free to look out the window and take in whatever you want and make your own connections.” In Kuro, that sense of narrative space allows the viewer to become lost in Romi’s narrative, but it also encourages the viewer to question and examine the myths in Romi’s words—to fill in the narrative gaps, to develop their own conceptions of who is Kuro, what is real and what is not.

Both Tujiko and Koyama will be in attendance at the 2017 Slamdance Film Festival, held Jan. 20–26 in Park City, for the world premiere of Kuro. “I feel a little bit like this film was made in a small, hidden corner, and now we have a chance to bring it out and share it,” says Koyama. “I’m genuinely curious about and looking forward to being in a community that supports this kind of work.”

For updates on screening schedules and festival programming, visit slamdance.com. Learn more about Kuro at facebook.com/kurothefilm.

Screenings will be preceded by narrative short August (USA), directed by Caitlyn Greene.

Editor’s Note: The original version of this article listed Tujiko Noriko by her first name, and not her surname. The changes have been amended throughout the article.