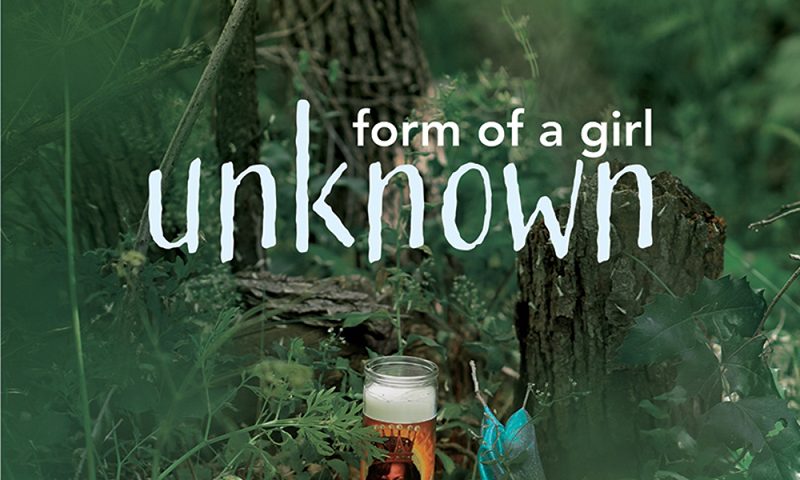 Being 12 is Kinda Weird: form of a girl unknown at the Salt Lake Acting...

On Oct. 23, I put my car in park in front of a church, curious as to how this could be where playwright Charly Evon Simpson‘s new work form of a girl unknown (directed by Melissa Crespo) was being put on. Evidentially enough, the Salt Lake Acting Company was nestled in a room on the side of the church—small in size but enormous in heart. I walked in and got my tickets. I was there early and watched the theatre was fill up rapidly.

The audience was greeted with an introduction to form of a girl unknown by Simpson. Form of a girl unknown is a coming-of-age story that follows 12-year-old Amali as she comes to terms with her body—or maybe the exact opposite. Amali takes to the woods after realizing all the expectations and regulations that are put on her body by society. The play is truly a strange and heart-warming experience.

I almost hollered from my seat in the back: “Finally! A female relationship that’s real!”

Now, I’ve been removed from being 12 for about 10 years, but form of a girl unknown took me back to that mindset of being weirded out by everything while also being fascinated by it. Amali is obsessed with the death of several children in the woods outside of town and though she is never repulsed by this, her best friend, Finn, is. Amali gets her period in the very first scene of the play. This is how we are introduced to her character: a dramatic, funny 12 year old who is now “becoming a woman.” Amali doesn’t quite understand this notion or why her Ma was dead set on getting ice cream once she started. From then on, an adventure of self-confidence, sass and hilarity ensues, entertaining the audience one perfectly placed swear word at a time.

The actors on the set of form of a girl unknown are bedazzled with talent. Amanda Morris plays Amali, Aalliyah Ann plays Charise (Amali’s older, pregnant sister), Bradley Hatch plays Finn (Amali’s best friend), Latoya Cameron plays Ma (Amali’s mother), Daisy Allred plays Marina and Susanna Florence plays Dr. G and the policewoman. Each cast member is an experienced actor who has multiple plays under their belt, with starring roles in Shakespeare Festival and other shows put on at Salt Lake Acting Company. Their performances in form of a girl unknown are enthralling. In particular Morris, Hatch and Allred transported me back to the time when I was 12 and was figuring everything out. Everything feels extremely dramatic in form of a girl unknown but I believe that that was intentional. The relationship between Ma (Cameron), Charise (Ann) and Amali (Morris) was one of my favorite features of the play; like, “Finally! A female relationship that’s real!” I almost hollered from my seat in the back. And when Amali brought out a poster labeled “SAD FEELINGS CHART” during a scene, I was sold.

I was absolutely blown away by the complexity of the set that I had initially thought—in my naive mind—was simple.

Accompanying these sensational feelings from the actors is the extraordinary innovation of the set design. At first glance, all you can see from the rows of seats is a sort of wall with slats of different heights that resemble trees in a forest. But as the show goes on, I see that it is much more lively than I had first thought. For instance, during the first scene with Amali and Finn, a piece of the wall slides out of its resting place. This turns out to be a screen door that Amali and family come in and out of. Throughout, more pieces of the wall either slid out or were flipped from the opposite side to show an armchair or a toilet. At form of a girl unknown’s climax, the wall parts in to sections and some move forward or backward to give the audience the illusion of a forest that can be walked through. The scenes were separated by a musical cue, letting the audience know when they were switching it up on us. I was absolutely blown away by the complexity of the set that I had initially thought—in my naive mind—was simple.

My overall thoughts of form of a girl unknown consist of adoration for the cast of colorful characters and awe for the masterful set design that supplemented those characters. I consider this show a must see for those who are needing some feel-good comedy in their life or just want to laugh really hard. Form of a girl unknown is in your face with honesty and hugs you when it hits home just a little too hard.

You can catch form of a girl unknown at the Salt Lake Acting Company until Nov. 17. Tickets can be purchased on the play’s official site.