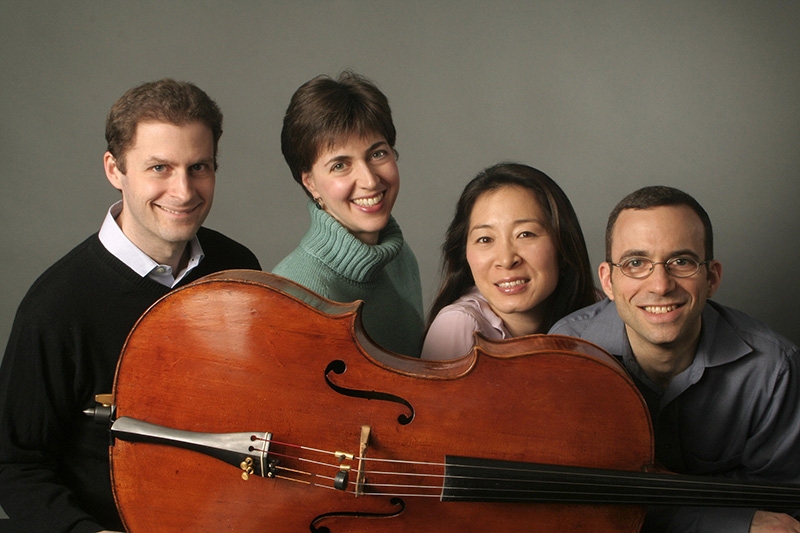 This year, the cool, crisp air on my cheeks and the changing leaves on the trees let me know that it was time for one of my new favorite things about Fall—Chamber music. On Oct. 6 I headed out to the Libby Gardner Music Hall for the kickoff of The Chamber Music Society of Salt Lake City’s 49th consecutive season.

One of the things I find very informative and helpful are the discussions that are held before the performances about the pieces and artists who will be played. It is always nice to discover a little more about these classical composers and the musicians of today who are translating them. The major things that I absorbed from this discussion in particular were the 6/8 beat count and the true definition of sequence—which is slightly different than a loop. It was also interesting how a music theory professor described the dissonance of Hungary’s Béla Bartók. Music that should not go together, but creates organized chaos and beats when fit into song is my favorite style. I wanted to turn the tables and explain the dissonance of power noise and power electronics—the professor could learn a lot from a trip into my music world for a performance and see how technology has taken music to a new level. It would not be the first time I have exposed these sounds to a professor.

The season opener was the Brentano Quartet, which consists of the violinists Mark Steinberg and Serena Canin, Misha Armory playing the viola and cellist Nina Lee. The pieces they played were Mozart’s String Quarter in B-flat major KV 458, titled “The Hunt,” which is one of the six pieces he had composed for his peer, the great composer Haydn. They would play the abstract String Quartet No.3 from Bartók and Edward Elgars’ String Quartet in E Minor, Op.83. I found the choices to be an interesting mix due to their varied style and Mozart being much older than the other two.

The adagio movement of “The Hunt” really provoked the most thought and feeling for me during the evening’s performance. The way the bows slid across the strings and the progression of notes thoroughly delighted my ears. I listened with amazement. I had never heard anything like this style of playing before and wanted to know more. I wanted to see how they were placing their fingers on the strings and using their bows, but the angles I was looking from did not allow me to see properly. I think that during the next performance I may try and sit with a view that looks down upon the stage.

Watching them play the Bartók piece was reminiscent of a rock concert. Head banging, body thrashing and aggression were seen and felt on the stage. It was almost startling. I suppose that this is the equivalent to rocking out in Chamber music. It is always entertaining to take a look at the crowd to see what they are doing in these pieces. The placement of the final piece calmed the audience down. The Elgar piece was like a cup of chamomile tea before bed—very soothing and calming.

As I watched the quartet perform with impeccable timing and grace I noticed the cellist Nina Lee the most. The way she played her instrument was with the grace of a swan, yet sometimes she had the aggression and expressions of a fighter. Her feet moved peacefully upon the stage, and then other times she stomped and kicked them slightly into the air. Her facial movements showed she was at one with her cello, and watching her play it was exquisite.

I really enjoyed how Susan Goodfellow listed the ages of the instruments that the musicians played in her program notes last year. They are such historical items, and you can only imagine the wonderful musicians who have played them through the centuries. I was reminded of this when the Quartet was coming out for their last round of applause. There it was right there at arm’s length, and eye level—a beautiful viola. The color of the wood and lines showed how time had touched it. This particular viola was created in 1616—almost 400 years ago—and was in exceptional condition. To help put that into the proper perspective, this instrument has our country beat by over 160 years.

As with any live music scene The Chamber Music Society of Salt Lake City is struggling due to a few of their major contributors passing away during the last year. They raise their money through donation and season ticket holders. If you would like to donate or buy season tickets to this year’s chamber events, you may do so here. These events are filled with such beautiful music that can be appreciated by persons of any age. I would hate to see them either have to decrease the amount of performances per year or stop entirely—they are too beautiful to lose. The next performance is on Tuesday, Nov. 18 at 7:30 p.m., and will feature the duo of cellist Pieter Wispelwey and pianist Pei-Shan Lee.