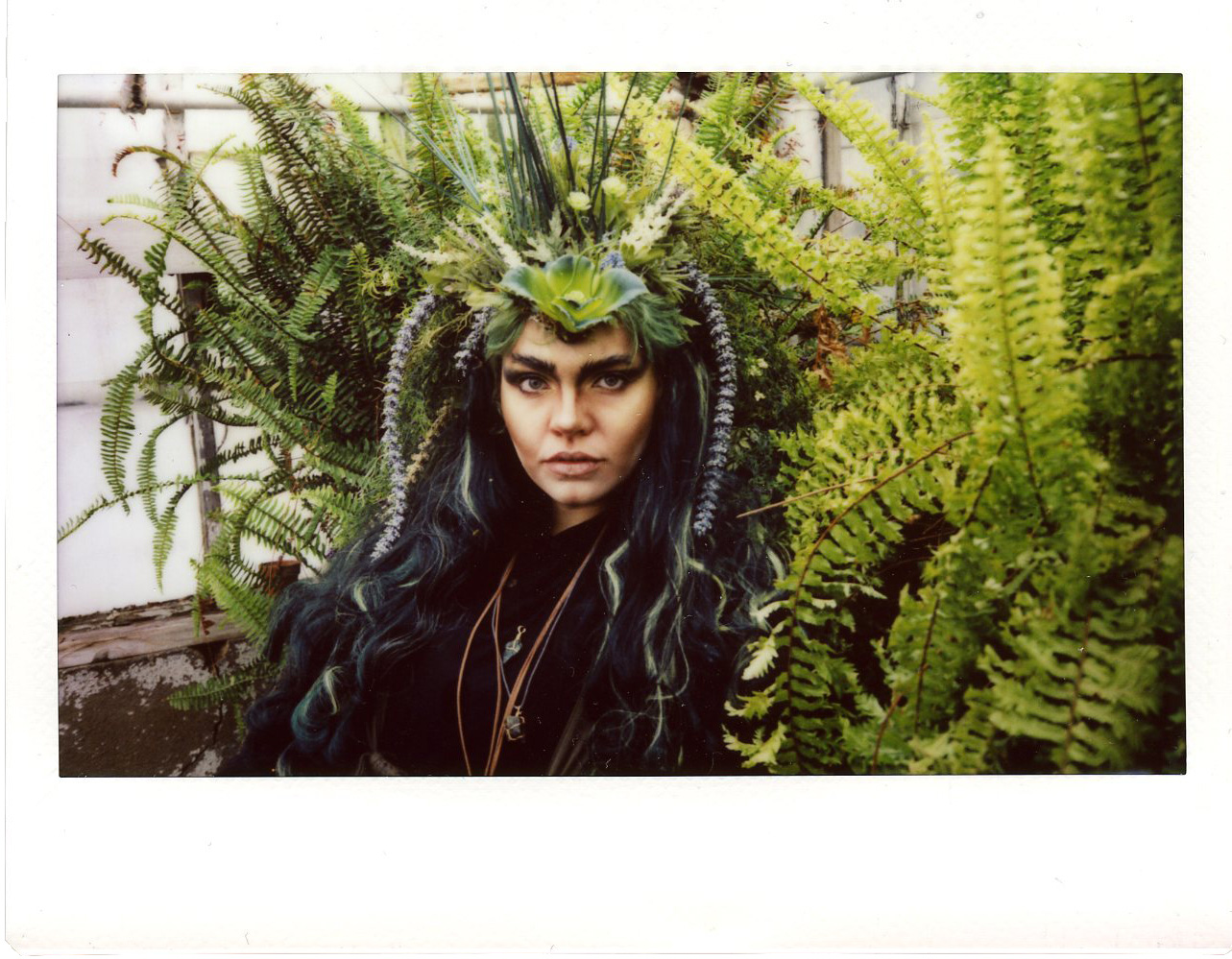 Masculinity isn’t often something overtly flaunted in the drag community. It’s there but mostly hides under layers of makeup and lace-front wigs. Jude Wanders is here to change that. One of the latest additions to the Salt Lake drag scene, Jude considers themselves a drag king or a drag thing and uses their background in theater in their performances. Their connection to masculinity in and out of drag makes what they do both unique and powerful.

Jude Wanders’ name came from influences from The Beatles to East Romani culture, but their birth name is Lydia Shetler. That identity, Jude felt, was too feminine. Young Jude grew up in a small Wyoming town, where they were one of the only queer individuals around. They relocated to Utah in 2014, discovered the drag community and began experimenting with gender expression. After dating a trans man who introduced Jude to the Emmy Award–winning Rupaul’s Drag Race television show, “I just thought, wait, people can fucking do that?” they say. “That looks like fun!” Jude had always been an active participant in theater, since their mom was the high school theater director. “To me, it was like the Greek version of drag. I knew that men used to play every part onstage, but I didn’t realize it was a modern thing,” they say. And thus, Jude’s drag career began.

Jude’s journey to understanding and positively portraying masculinity has only started, but they are making serious waves. Initially, Jude assumed that women could only participate as a certain type of drag—kings. They’ve since adapted and now understand that that isn’t true. Jude started off doing campy male drag, and now, “it’s moved into a merging of the feminine aspects that people think men should never have,” they say. “I’m trying to bring back this idea of the male warrior and exhibit a kind of imperial, protecting, quiet form of masculinity. My drag spans so many genders, like high femme and hyper masculine. I think it’s okay to be well-rounded and do whatever you want, and that you don’t have to have a brand people recognize.”

Jude believes that people have a bad view of what masculinity can be, so their form of drag has been met with resistance and discomfort at times. “There are so many people now who believe that if you don’t have any femininity, you’re manly, and that’s really stupid,” they say. “I like to try and guide some of the over-the-top feminine aspects into male drag. I think that all of drag is playing with archetypes of what society says we should be—so taking the feminine way women are supposed to look but adding touches of facial hair and playing with that. I can tell that people don’t love that, but I’m gonna keep doing it anyway.” Jude’s attempt at bringing balance is a challenge, but one that they gladly take upon themselves. “I’ve always been more masculine and been more comfortable being masculine, but I’m figuring out that you can exist in the middle—it’s just easier in drag.”

As a drag king, sometimes issues arise that can be frustrating to deal with.  “Once, I was introduced at a show as a drag queen when I was clearly not in female drag. I could feel the audience’s anger that I didn’t come in drag, but like, my tits were in my armpits, so what more do these people want from me?” It seems to me that people mostly want things to be palatable and easy to digest. But Jude’s desire to challenge that notion is truly admirable. “As a masculine woman, most people would assume I’m a butch lesbian, which I’m not. I don’t care they assume that, but that’s not me. The thing is, people are going to put you in a stereotype no matter what. So really, all I can do as a drag performer is to use my art to say that isn’t the case and hopefully reach someone who doesn’t think I belong here. Drag queens started here, too, so now we have to keep stepping forward through history.”

Jude belongs to the newly established group of Salt Lake queens call The Haven of Hues. Many of the members were originally part of the Bad Kids Collective. The Haven is attempting to bridge some of the gaps created in the drag community by bringing all gender identities together for a common cause. Jude says, “The issue is [that] the LGBTQ community is still very based on cis-gender, white, gay men. It’s very much their world still, which we need to keep fighting. Even lesbians don’t get a lot of recognition in our culture. You would think we’re all loving and accepting, but not everyone is like that. All you can do is exhibit the behavior you want others to exhibit.” Jude hopes that by putting a face to different gender identities, it can encourage positive conversations on the topic. They know it’ll take time and effort, but they remain optimistic. “We are an all-inclusive drag collective, but we are very individual people collaborating and living in harmony and bridging everything that art can be.”

Keep an eye out for upcoming performances from Jude and the rest of the beauties of The Haven of Hues, and follow their social media pages which will go live in the near future. In the meantime, follow the beautifully inspiring Jude on Instagram @wherejudewanders or Facebook @Lyxander Linea Shetler.