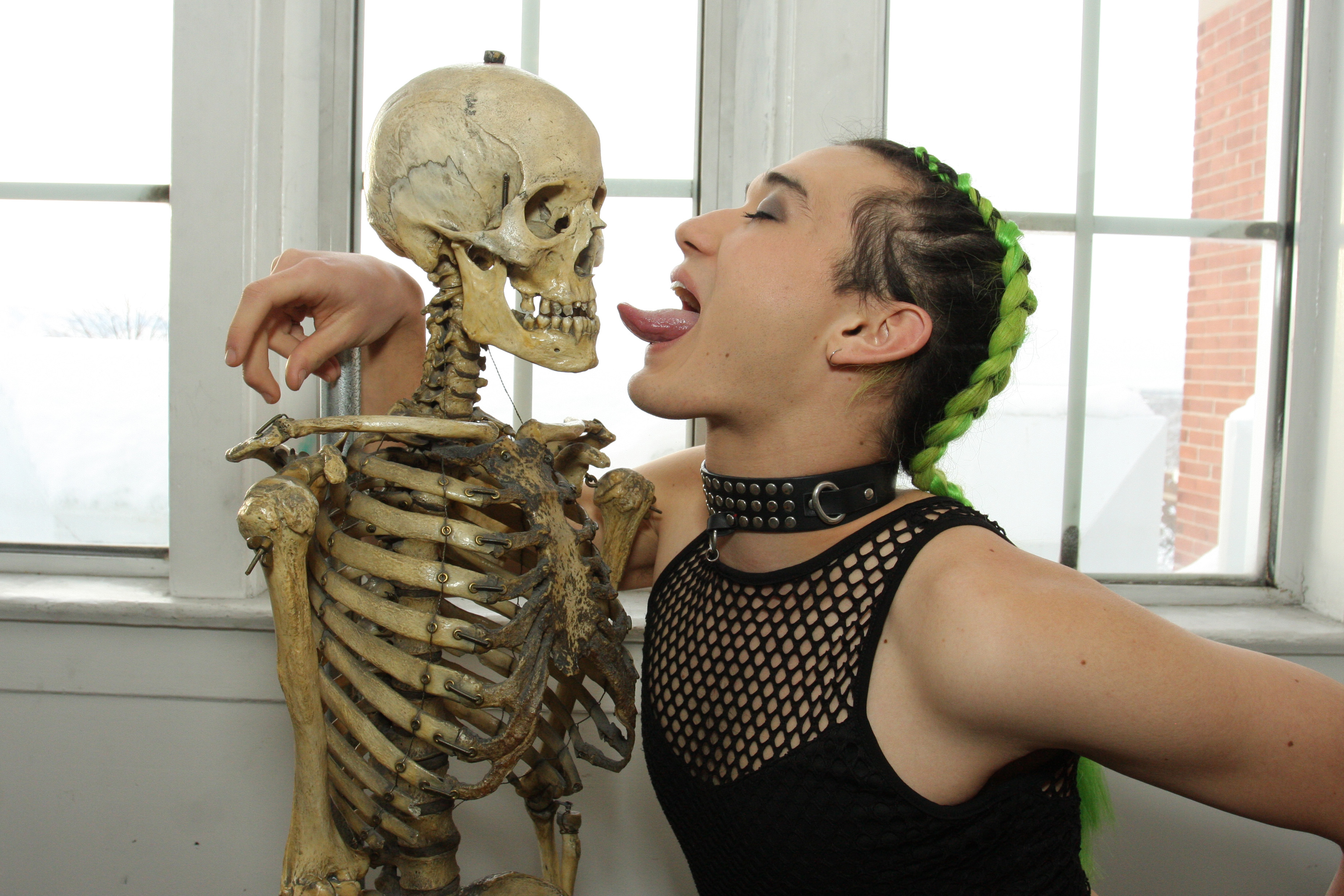 Some humans radiate an energy or kind of beauty that leaves a serious impression. Such is the way of one of Salt Lake’s newest additions—Lex Miller. A recent transplant from DC, Lex has quickly acclimated to the altitude and attitude of Salt Lake and is eager to represent the flourishing drag scene here. I met with him on a drab Sunday afternoon at the Westminster campus, where Lex Miller is currently a second year student studying art. By day, he’s a gelato jerk, but by night he serves some serious looks. Regardless of the night I can tell he’s had, he’s offering me snacks and caffeine with his dining card funds (cue heart eyes emoji) and we cozy down in his apartment for some serious girl talk.

One of the first times I ever interacted with Lex Miller, he approached me at a warehouse party in West Salt Lake to introduce himself and compliment my outfit and I instantly fell in love with his style. Miller is an FKA twigs and Grimes love child but just a bit taller (six and a half feet in platforms to be exact). But don’t let his height or wild looks scare you. This kid is one of the sweetest humans in Salt Lake. One of his latest and most memorable looks was a bubble dress he constructed out of hundreds of condom balloons for a Planned Parenthood affiliated fashion show held on the Westminster campus. The performance was meant to emphasize the importance of using protection while still having a shit ton of fun. “Awareness is really important and people aren’t being educated in Utah," he says. "Especially being young and experimenting.” Lex’s own brand of performance art certainly spawns awareness. Lex Miller has always been full of life and movement. He was raised by Kazakh nannies in Kazakhstan, relocated to Cairo and then came to America all before hitting puberty. “I didn’t get ridiculed for my sexuality cause my parents mostly left me alone," he says. "I feel like I got to create my own identity so I feel very secure in myself.” He really radiates a confidence that not a lot of grown people have the guts to flaunt. “A lot of people here are still tied to conservative families and they have these ‘wars’ with themselves," he says. "I never had to do that so I feel super lucky.” I don’t believe luck has much to do with it though. He’s a hard working kid who’s had his share of trials.

Once Lex Miller moved back to the states, he admits "[it] was a big adjustment. I had a lot of rough times.” He eventually wound up in a treatment facility in Utah towards the end of his high school career. Like any normal teenager, Lex admits he used to sneak out of rehab to snatch up SLUG and devoured everything he could find reported on the LGBTQ community.