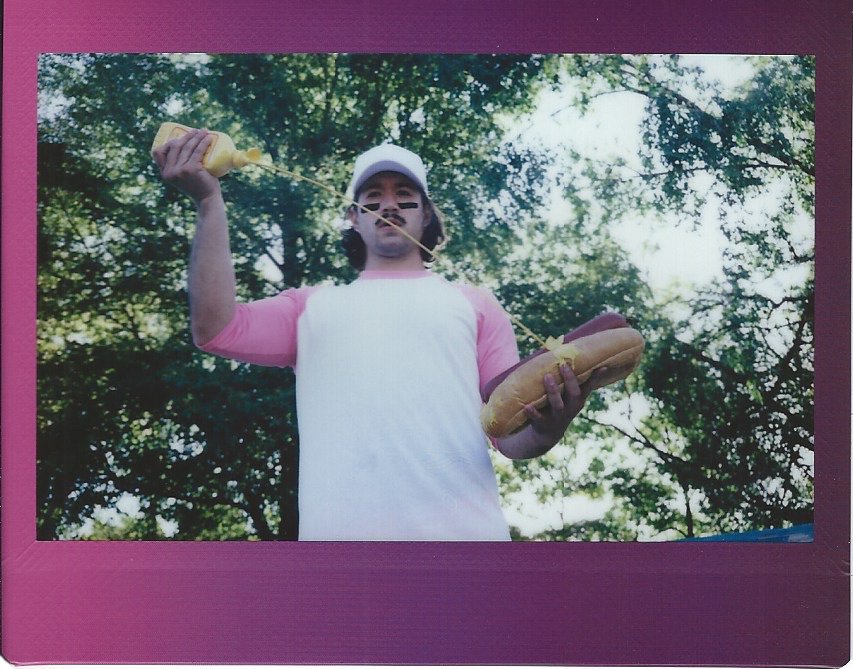 Shaun Carley didn’t decide until later in life to delve into the entertainment industry. He took his first dance lesson at the age of 24 through community courses. He had attempted to participate earlier with his high school drill team, but was always discouraged from auditioning because the coaches in Utah Valley didn’t want a boy on their team dancing with all the cute girls. When he tells me this, it seems like it still bothers him to think about— it bugged me, too. But seeing where he’s taken the skills he was told he shouldn’t bother pursuing gives me hope for all the other kids who were told they’re not allowed to pursue their dreams because of gender constraints.

When local legend Willard took home the crown at the 2012 Miss City Weekly pageant, his unapologetic masculinity impressed a new take on traditional pageant drag that Carley had never experienced before. Willard’s expression was so sincere that Carley has since tried shaping his artistic endeavors around that genderfuck attitude. By enhancing his wonderfully masculine features rather than concealing them beneath layers of makeup, he allowed a part of himself to weave into femininity, just as his inspiration had. This self-acceptance has propelled his performance art into a realm of genuine and honest entertainment.

Three years ago, Carley attempted his hand at female impersonation as the character Areola Pizza during the Miss City Weekly pageant. For Carley, he says he felt like he was in a bit of a “funk,” and thought jumping into drag might be the way to pull himself out of it. “I had never done my makeup, never done drag. I did not know how to walk in heels,” Carley admits to me—which I find extremely impressive. “So I had one week to get all of this done. I made a pizza dress, and the first time I ever did my makeup was literally before going onstage.” By the end of the night, he says his eyebrows had melted down his cheeks, but he took runner up and was embraced into a world of performance art he never knew he needed.

From that City Weekly pageant event, Carley has since worked with the (now-disbanded) Bad Kids Collective as well as the more recently established Haven of Hues. Lately, he’s taken to incorporating his own music with his drag performances. He enrolled himself in local dance classes when he was 24—an age that most people would deem too old to start their dance career. But from community outreach ballet and hip-hop classes, Carley landed himself a work-study position at Millennium Dance Complex where he’s able to trade one day a week for classes.  “My main style is waacking, which is similar to voguing, but it started on the West Coast versus the East Coast,” he says, “Voguing is centered on magazine poses and waacking is more film based. So it’s more movement-based and centered on your face. My other main style is dancehall which is a Jamaican style, sort of a fundamental [form of] hip-hop.” He’s been performing lately with NuTribe Dance Crew, an all-Polynesian, all-styles crew performing in SLC, whose most recent show was at the SLC Pride Festival.

Carley’s recent performances as the reidentified M*SC have been fun, music-oriented performances where he’s even begun producing and DJing his own sets. “Right now I’m sort of in between worlds,” he says. “It’s sort of a catalyst between the dance world and the drag world. I’m trying to foster those different realms and skill sets in order to bring them together.” He reveals he’s been learning to DJ through the HERC (Hip-hop Education and Resource Center of Utah), and he hopes to eventually have both worlds absorb each other. “I want people to embrace themselves, whatever that looks like,” he says. Unless you’re an ass, he notes, be “accepting of who you are, but always be open to work on yourself.”

Carley’s whole platform is centered on honesty and speaking one’s truth. “Obviously, I’m a 6’4 man, so I’m not a real convincing woman,” he admits to me with a laugh. “Even when I tried it, it wasn’t my favorite thing. To me, it’s more fun to be subversive in over-the-top masculinity. Really bolding your eyebrows and your mustache, and emphasizing five o’clock shadows and things like that.” This isn’t the most popular idea for what the modern drag community portrays, but Carley believes he’s working toward perfecting his personal preferences. His switch from Areola Pizza to M*SC stems from a desire to spotlight a more masculine side of the LGBTQ+ community, especially, he says, since some individuals in the public are still “affronted by two manly men expressing intimacy toward each other.”

His best advice for avoiding offense when he’s misunderstood as a masculine drag queen? Easy—don’t take offense. “They’re just trying to bridge that gap, even if they say something wrong or misgender me, they don’t always mean offense,” he says, “Rather than taking offense, I suggest taking a minute to breathe and ask yourself where they’re actually coming from.” His sincerity is refreshing and encouraging and I hope he keeps this attitude up, because we could honestly all use an emotional buoy at this time in our lives. I love that he represents those in the LGBTQ community who don’t necessarily fit into just one particular mold of individual. His fluidity between communities and cultures is impressive and inspiring.

Carley is an individual who proves that drag is for anyone, no matter your size, age, or color. “Don’t let labels confine you,” he tells me as we wrap up our hang-out session at the café. “Don’t let people tell you that you can’t do things. People told me I couldn’t do drag because I was a big man, and then I got onstage and realized I could do it if I wanted to— even though I realized I didn’t really want to do female drag,” he says with a laugh.  If he hadn’t taken those initial steps, Carley admits he wouldn’t have realized his love for the masculine play on drag. “In the process of learning who you are, try on a couple different masks,” he says, “Be yourself and do things that aren’t you and are out of your comfort zone. If you aren’t uncomfortable, you aren’t growing.” It’s a great point and one I hope everyone will take away from Carley and his performances. It’s fun to be big and loud, but as Carley reminds us, it’s important to make sure to be kind and open to learning all that you can.

Check out M*SC at the upcoming performance/DJ set for the first official Haven of Hues event at Metro on Friday, July 21. Head to Instagram (@mstar.sc) to follow his moves, his dance crew (@NuTribeUtah) and his dance studio (@milleniumdanceslc).