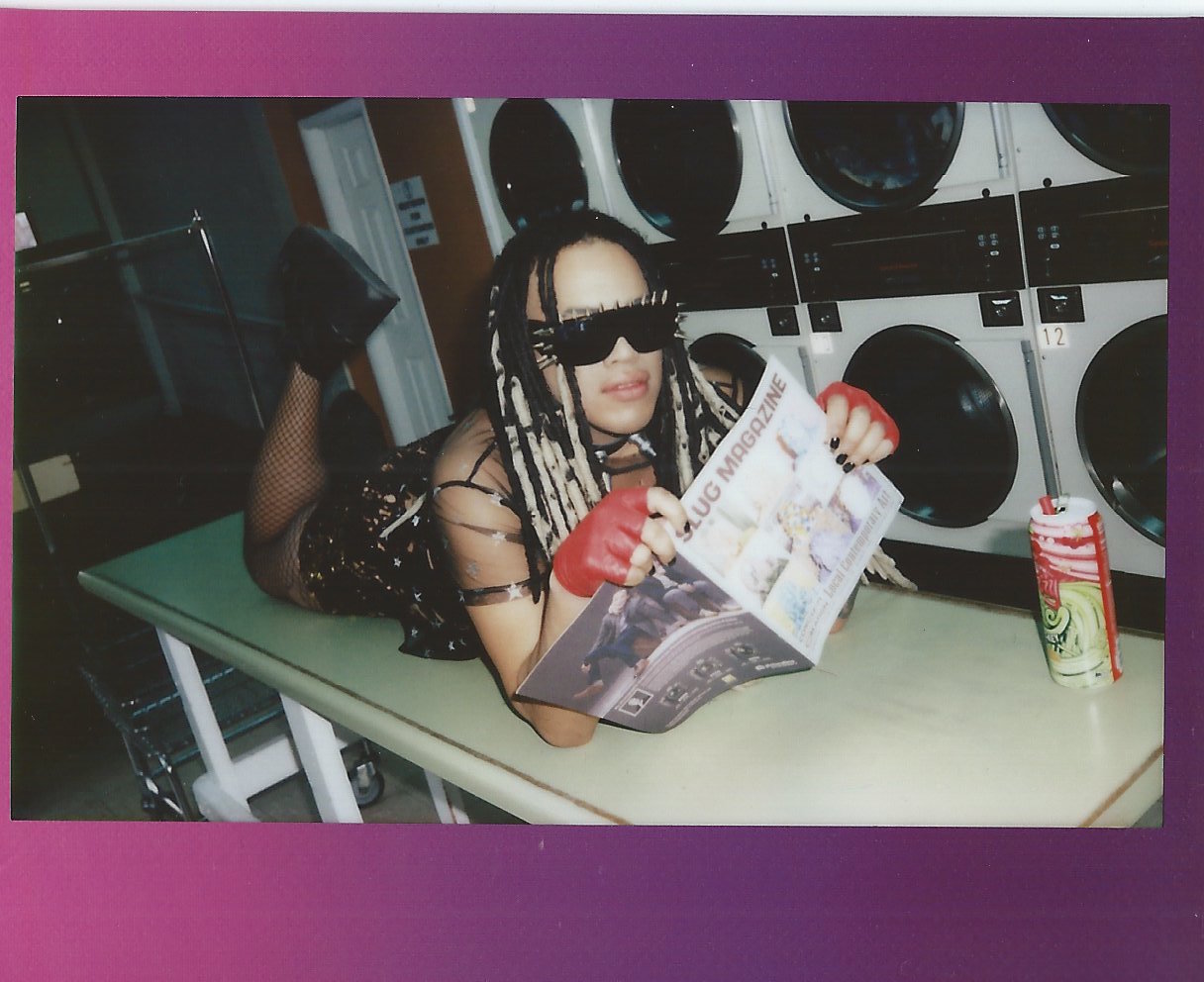 When they walk into a room, you know they’re there. With bleached dreadlocks cascading down from their head, an energy that can’t be contained and a smile that lights up a room, Obsidian, otherwise known as Benjamin Stone, is hard to miss and even harder to ignore.

Born and raised in Utah County, Obsidian knew they were destined for the spotlight. “I always knew I was a creative type,” they say. “I always loved watching music videos and researching artists and looking at different types of media.” In Utah County however, there lacks the space for the enigmatic energy that Obsidian possesses. After moving themselves up to Salt Lake at the ripe age of 21, Obsidian stepped into a world they knew little about, but they were determined to make a space for themselves. “I didn’t know anyone for a year, and it was honestly some of the loneliest times in my life,” they say. “But I started going around Downtown and expressing myself with fashion and really immersing myself in the scene and the culture. Next thing I know, I was meeting all the right people.”

One of those “right” people was Tanner Crawford or One Million Moths (formerly known as Klaus, a founding member of the Bad Kids Collective). After spending time together and getting to know each other, Obsidian was invited to participate in a Weirdo show at Area 51. Hosting was one of Salt Lake’s favorite party girls, Lisa Dank. Obsidian, gasping in awe of her beauty and dirty mouth, knew they had found their space with a group of freaks who took them under their wing and taught them the art of drag.

Their stage name is Obsidian—originated from their desire to articulate themselves to those around her. They are dark and dangerous, aggressive but feminine. “I am an enigma, a paradox, beautiful and threatening,” they say. If you’ve ever seen them in the club, their movements match that of the stone they’re named for: sharp and beautiful. They liken themselves to a “warrior bitch goddess” and laugh. I can only imagine the damage they might inflict upon those who stand in their way or try holding them back from being anything less than pure power. 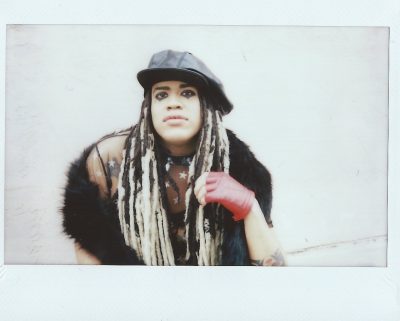 To Obsidian, drag is more than just putting on makeup and performing. It runs much deeper. “It means being so passionate about something that it permeates from your skin,” they say. “Not even just onstage, but in everyday life.” Sitting across from them at the café table, I notice their Britney Spears leggings and heavy metal jewelry adornments, and I can see that they truly believe that. Their art stems from taking something negative and making something positive. “That’s when you make the best art—taking from the dark points of your life,” they say. “I was at a really dark point in my life when the former Bad Kids just picked me up and said, ‘This is what you need to do.’ I feel really lucky.”

It’s been several years now since Obsidian was first introduced to the performance world of drag in Salt Lake. Since then, they admit they’ve been lucky to be surrounded by a lot of creative people who have helped them grow organically as an artist. “Today, everything moves so fast, you don’t always get to grow organically,” they say. “But if you surround yourself with creative people, the more inspired you’ll be.” They laugh when they tell me about the bad shoes and bad makeup they wore when first starting drag, but they assure me that they’ve really refined themselves since then with the help of friends pushing them while always reminding them to never to doubt themselves.

When I interview an up and coming creature, I always like to ask what the goal is of their performances. I want to know what they hope to accomplish onstage apart from strictly being seen. Upon posing this question to Obsidian, they lean in close to the recorder and in a clear and confident voice they answer, “I want to assault the senses.” It’s a perfect response. Their appearance is honestly quite shocking, and I couldn’t love them more for their candid desire to attack an audience with their presence. “Right now I’m pretty soft, but when I get onstage, I turn into a transformer,” they say. “Really rowdy.”

Along with their appearance, their body movements are a spectacle in themselves. As an avid dancer, Obsidian tells me that their dancing was what initially got them noticed by local talent. “I would go out to the clubs, and the way I move made them say they’ve never seen energy like me,” they say. “I’m energetic.” Energetic is an understatement. Thrashing dreads and precise footwork were what I first noticed about them too in a club several years ago. Since then, they have continued to utilize their choreographed movements in each performance. “I really didn’t think much of it,” they say, “then younger queens would come up to me and tell me, ‘You’re the queen that inspired me to get up there!’ It was really surreal to, at one point, be inspired by my community, and now I can inspire my community.”

Be sure and come out to see the Queen of Obscene at their next show on Feb. 14 at Metro Music Hall, and follow them on Instagram @benjamin.stone.