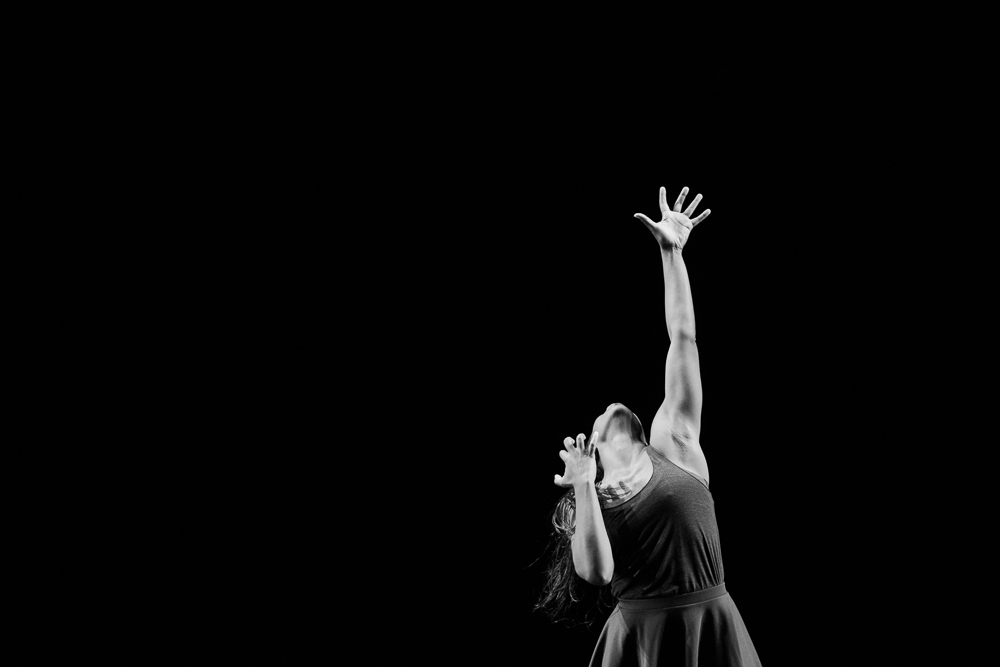 Salt Lake City’s Repertory Dance Theater and long-term collaborator Zvi Gotheiner, a New York City–based choreographer, teamed up once again this year to create Dancing the Bears Ears. “In 1990, we started commissioning dances based on Western landscapes to bring awareness to the fact that we live in this extraordinary place on earth,” says RDT Executive/Artistic Director Linda Smith on the beginning of the dance company’s partnership with Gotheiner, who was RDT’s very first commission back in 1993. “We took [Gotheiner] to Bryce Canyon right off the plane from New York, and he made a piece called Erosion,” says Smith. Since then, Gotheiner has returned to Utah about every year. This spring, Gotheiner, Smith, RDT company dancers and a group of Gotheiner’s own dancers from his company, Zvi Dance, travelled to the newly claimed national monument Bears Ears. Introduced to the land by three Navajo guides through the nonprofit organization Utah Diné Bikéyah, the group was taken through what they deem a life-changing journey.

“This piece was conceived in a different capacity, maybe even more than 10 years ago, when Linda and I were thinking about a project between our companies,” Gotheiner says. “She had an idea about sacred land and water, which is an interesting topic, because it brings together issues of the Southwest and Israel,” where Gotheiner is from. He also considered this project to be an “interesting starting point for research for the relationship of land and human,” he says. “We went to the desert for a week. We were assigned some amazing people as guides by Utah Diné Bikéyah. The beauty of the land, with the history of the people and the deep wound that is coming from the Native Americans from being persecuted and dislocated … It was intense.”

Smith elaborates on the powerful experience. “We took the time to really see it, take it in, experience it,” she says. “It had a healing effect, and I think the dance will really reflect the kind of experiences we had. We walked. We hiked. We listened, and we would also improvise to develop material based on the landscape.” The deep involvement within the land and the emotional richness of the experience gave Gotheiner and RDT plenty of material to work with for their new dancework. “In Bluff, we were invited for an evening of food, dance and introduction, and the community there wanted us to share our dance as well,” says Gotheiner. “We improvised in a circle, and I put it in the piece.” According to his description of the choreographic process, “there’s a relationship between taking moments from the ongoing journey, and signifying them, to then be a theatrical moment.”

RDT and Gotheiner often collaborate with composer Scott Killian. “He is creating, as we speak, a new piece for Dancing the Bears Ears,” says Smith. Gotheiner and RDT created the piece without music, and Killian, whom they have been creating with for several works over the past several years, “projected the piece in front of his synthesizer and composed as he watched it.” Listening in on the entirety of the process continues to give hints at the magic that will be, as Smith hopes, “a piece that will affect people,” says Smith. “The piece will want people to think very carefully about what they value and what they want to preserve.”

A point that both Gotheiner and Smith emphasize is that the new piece itself is not created in an attempt to latch onto any certain political statement, though the land can certainly be seen through a couple of different lenses: “There are people that find the land sacred, and people that see it as an opportunity for development,” says Smith. For Gotheiner, he hopes “to facilitate consciousness, and that the people that see it get drawn into the issue for a second and meditate on it.”

Dancing the Bears Ears will premiere Sanctuary at the Rose Wagner Performing Arts Center on Oct. 5–7. The evening also features Tower by Andy Noble, premiered in 2015, and Ghost Ship by Eric Handman, premiered in 2007. Noble and Handman also explore the human relationship to place: Smith describes Noble’s Tower as a metaphor open for all interpretations of a storm; and in Handman’s Ghost Ship, there is a cascade of falling rice, a symbol tied to tradition.