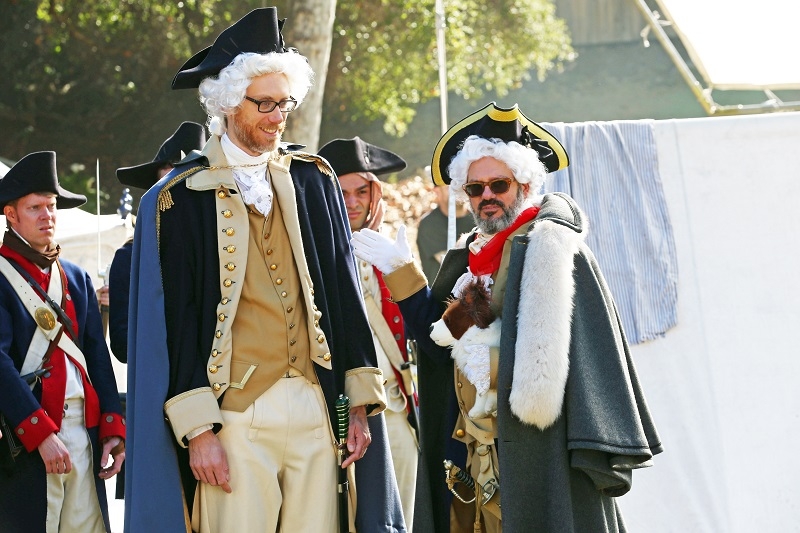 Drunk History was created in 2007 by Waters and Jeremy Konner. They premiered their first episode on YouTube before being featured on FunnyOrDie.com

Drunk History: Who Knew That History Could Be Funny?

I had a really amazing opportunity to interview Derek Waters, creator of the Comedy Central show Drunk History. If you have never heard of Drunk History, I recommend you check out Comedy Central’s website to see a few episodes of it—not only will it keep you entertained, but you also might learn a thing or two. I am a little embarassed to admit that I learned quite a bit about history from watching this show.

Drunk History was created in 2007 by Waters and Jeremy Konner. They premiered their first episode on YouTube before being featured on FunnyOrDie.com. A typical episode of the show features a narrator who attempts to recall a historical event as accurately as possible, while completely inebriated. While the narrator discusses the event, actors enact the narration in a flashback-style cut scene. One episode will take place in a single state, where historical events will have also taken place in that state, and multiple stories are told in one episode. While all of the episodes are structured in this very formulaic way, it always makes me laugh. The narrators are never the same, and they all have their own way of telling a story. I also feel like they are presenting the events in a much more entertaining and easily understandable way rather than just picking up a textbook and reading about it—almost as though the narrators are speaking in layman’s terms to those of us who aren’t history buffs.
When asked how Waters came up with the idea, he simply told me he had been drinking. Like most of us do, Waters and his friend Jake Johnson (now Nick Miller from New Girl) got into a drunken discussion over the great Otis Redding. Johnson was trying to convince him that Redding knew he was going to die on the plane, and Waters started thinking about how funny it would be for Redding to re-enact the story in front of a camera, and trying to convince the audience that it had actually never happened.
Now, I’m sure you are wondering how credible the historical events in the show are, or even how they are able to find them to be told in an episode of the show. There is actually a team of researchers, as in, people with doctorate degrees in history who search around the country for the events and even the narrators. The narrators are always filmed in the comfort of their own home, and always choose how much they’d like to drink.
Waters pitched the show to many different television networks, but ultimately decided to choose Comedy Central because, as Waters stated, “I never felt like we had to change anything except put it on T.V. and then the Internet. The tone of the shorts are still the same and what we do with the narrators is still the same.” He never wanted the show to become too commercialized, or lose control over its production, he wanted to keep it as close to the original as possible and, compared to the original shorts, it definitely feels that way. Even before the show was aired on Comedy Central, Waters featured a handful of celebrity guests from Michael Cera to Ryan Gosling. Now that the show has been featured on the television network giant Comedy Central, it has attracted other celebrities like Jack Black, Jim Carrey, and even “Weird Al” Yankovic.
Waters had no idea that Drunk History would be as successful as it has been. He thought it was “a quick 5-minute idea” that viewers would lose interest in after the first episode. Waters was a struggling actor going from job to job in LA, so this was his big moment. I’m very happy to see the success that the show has gotten from Comedy Central, and I really feel like they have used the money to improve the production value of the show. I hope that Waters will eventually feature a Utah episode in Drunk History.
Comedy Central announced in July that they renewed the show for a third season. The third season will feature 13 episodes and even more A-list actors as storytellers. Waters was not able to disclose much more information about the new season than that, but he did say that we can look forward to Drunk History finally being in outer space! This could be anything from Sputnik to Neil Armstrong and Edwin Aldrin, who knows? You will have to watch and find out for yourself.
You can even catch all of Season 1 and 2’s episodes on the DVD compilation that includes tons of extra bonus features like “Drunk Outtakes,” “Sober Reveals,” and extended scenes.
Photos: